66 Woodcraft Manual for Boys Let music swell the breeze And ring from all the trees Sweet freedom's song; Let Mortal tongues awake, Let all that breathe partake Let rocks their silence break, The sound prolong. Our father's God, to Thee, Author of liberty, To thee we sing; Long may our land be bright With freedom's holy light; Protect us by Thy might. Great God, our King. — Samud F. Smi^f 1832. The Star-Spangled Banner O say, can you see, by the dawn's early light, ^niat so proudly we hail'd at the twilight's last gleaming? Whose broad stripes and bright stars , thro' the perilous fight? O'er the ramparts we watched were so gallantly streaming; And the rocket's red glare, the bombs bursting in air, Gave proof thro' the night that our flag was still there? O say, does that star-spangled banner yet wave O'er the land of the free and the home of the brave? On the shore, dimly seen thro' the mists of the deep. Where the foe's haughty host in dread silence reposes. What is that which the breeze, o'er the towering steep. As it fitfully blows, half conceals, half discloses? Now it catches the gleam of the morning's first beam. In full glory reflected, now shines on fiie stream — Tis the star-spangled banner. O long may it wave ^ O'er the land of the free and the home of the brave. And where is that band who so vauntingly swore, 'Mid the havoc of war and the battle's confusion A home and a country they'd leave us no more? Their blood has washed out their foul footsteps' pollution, .] 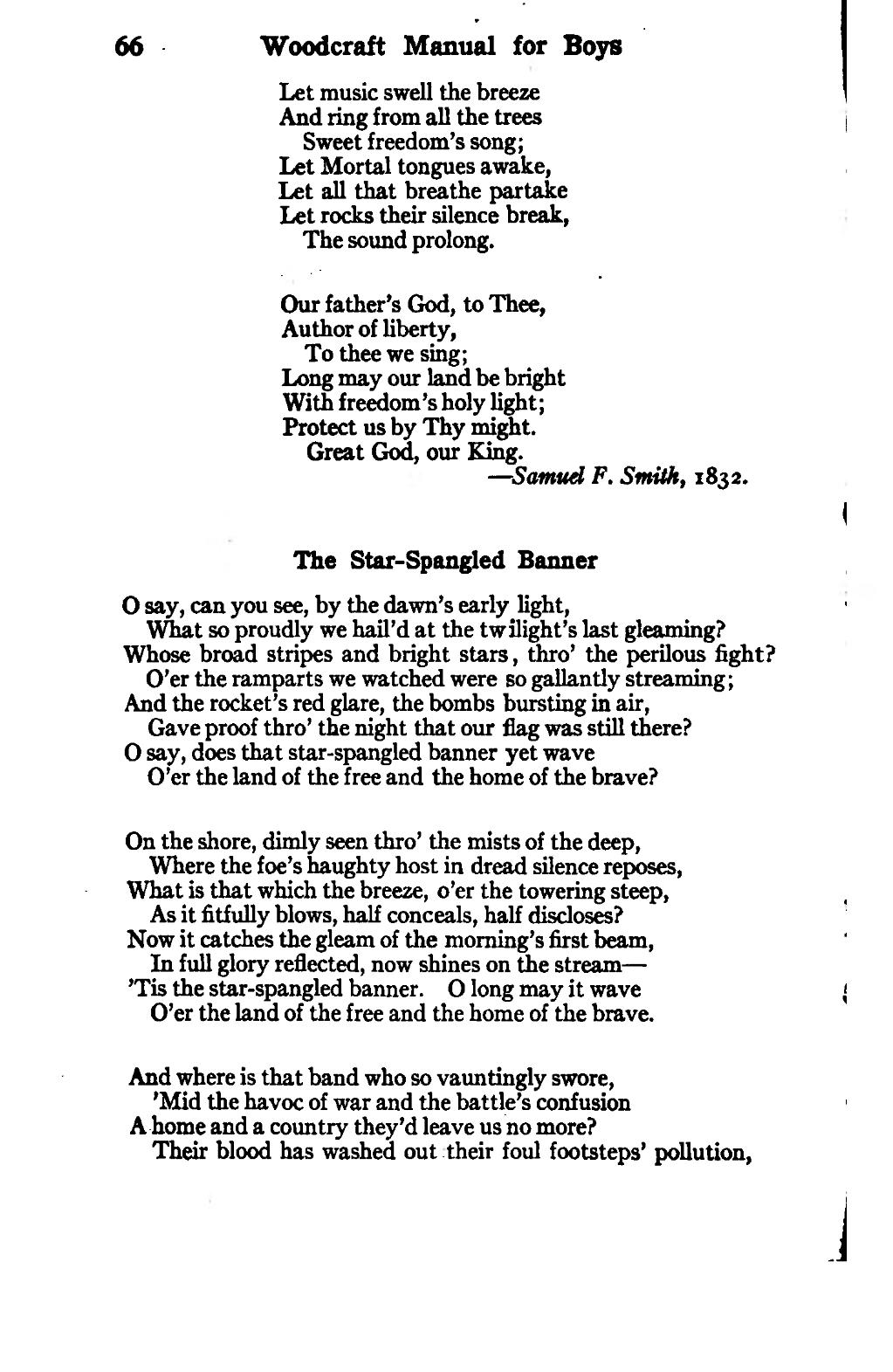