6o Woodcraft Manual for Boys "What did you see there?" He answers, "I saw a lion." The neighbor then turns to his right-hand neighbor and says, "I went to the Menagerie." The same question is then asked, "What did you see there?" The second player must then re- peat the answer of the first, "I saw a Uon," adding to it an ani- mal of his own, "and a monkey." The game goes on in Mii*^ way, each player putting the same question and answer of his neighbor and adding the name of another animal. "Pack the Trimk" may be played in a similar manner. Any article suit- able or grotesque may be packed in the trunk. Menagerie Party Each player receives on a slip of paper a number and the name of an animal, e. g., i, elephant, 2, mouse. The leader calls on each player in turn to come forward and draw on a blackboard the animal named on his slip. One minute is given to exe- cute each drawing. The other players try to guess the ani- mal on the board and write their guess, correctly numbered, on papers provided for the purpose. When the list has been com- pleted the leader reads the correct list aloud and the players correct their mistakes. If there are not many artists present, the results are apt to be startling. A Portrait Party A modification of the last game is for the players to sit in a circle and each draw a portrait of his left-hand neighbor. The leader collects the portraits, puts a number on each to identify it, and places them on exhibition. The players try to guess the original of each portrait. Magic Music The player who is "it" leaves the room, while the others de- cide upon some action they want him to do, for instance — ^walk to the centre of the room and recite poetry. The player then re- turns and the game commences. The other players sing or hum or one plays the piano. When the player who is "it" nears his destination (in this case the centre of the room) the music grows louder and he can tell that he is on the right track. If he hesitates or goes in the wrong direction the music continues soft and low. Having at last reached the proper spot, the player proceeds to try out all sorts of stunts, until, guided by the tone of the music, he hits upon the right action (reciting 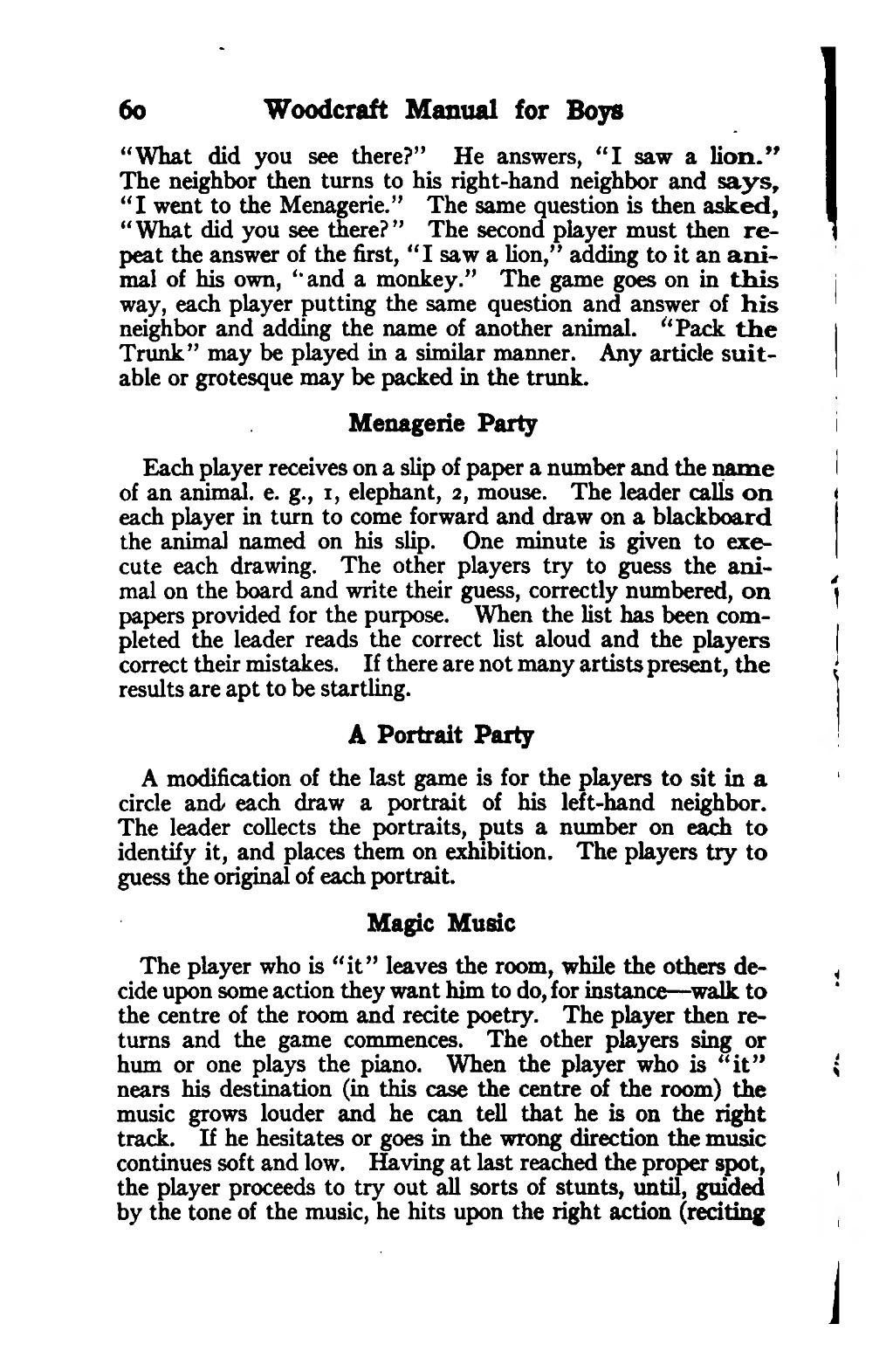