S3 Woodcraft Manual for Boys Make a, map of North America from memory in ten minutes. Give an imitation of some animal, actions or sounds. Play the part of an Indian woman finding her warrior dead. For each of the first ao competitors, points were given; the prize adjudged by the total. Some of these stunts may seem trivial, but there was a pur- pose in each, and that purpose was served. In the Indian widow, for example, we wished to select the best actor for play. Most of the boys failed. Two were good, but one, nearly the smallest in camp, was so fine that he brought tears into the eyes oS many. The selection of the various leaves impressed these kinds on all, especially those who failed to bring the right ones. The animal imitation and dance was introduced to cultivate the spirit of going fearlessly in and doing one's besti however poor it might be. The imitations of monkey, lynx, cat, panther, moose, etc, developed a keen observation and a lot of good natural history that was intensely interesting as well as amusing. The water-boiling was particularly instructive and was tried twice. The first time the winner took 14 minutes, and the sec- ond best 20. The last time, the winner's time was 8 minutes, and the second one's 10. Still-bunting the Buck, or the Deer Hunt The deer is a dummy, best made with a wire frame, on which soft hay is wrapped till it is of proper size and shape, then all is covered with open burlap. A few touches of white and black make it very realistic - If time does not admit of a well-finished deer, one can be 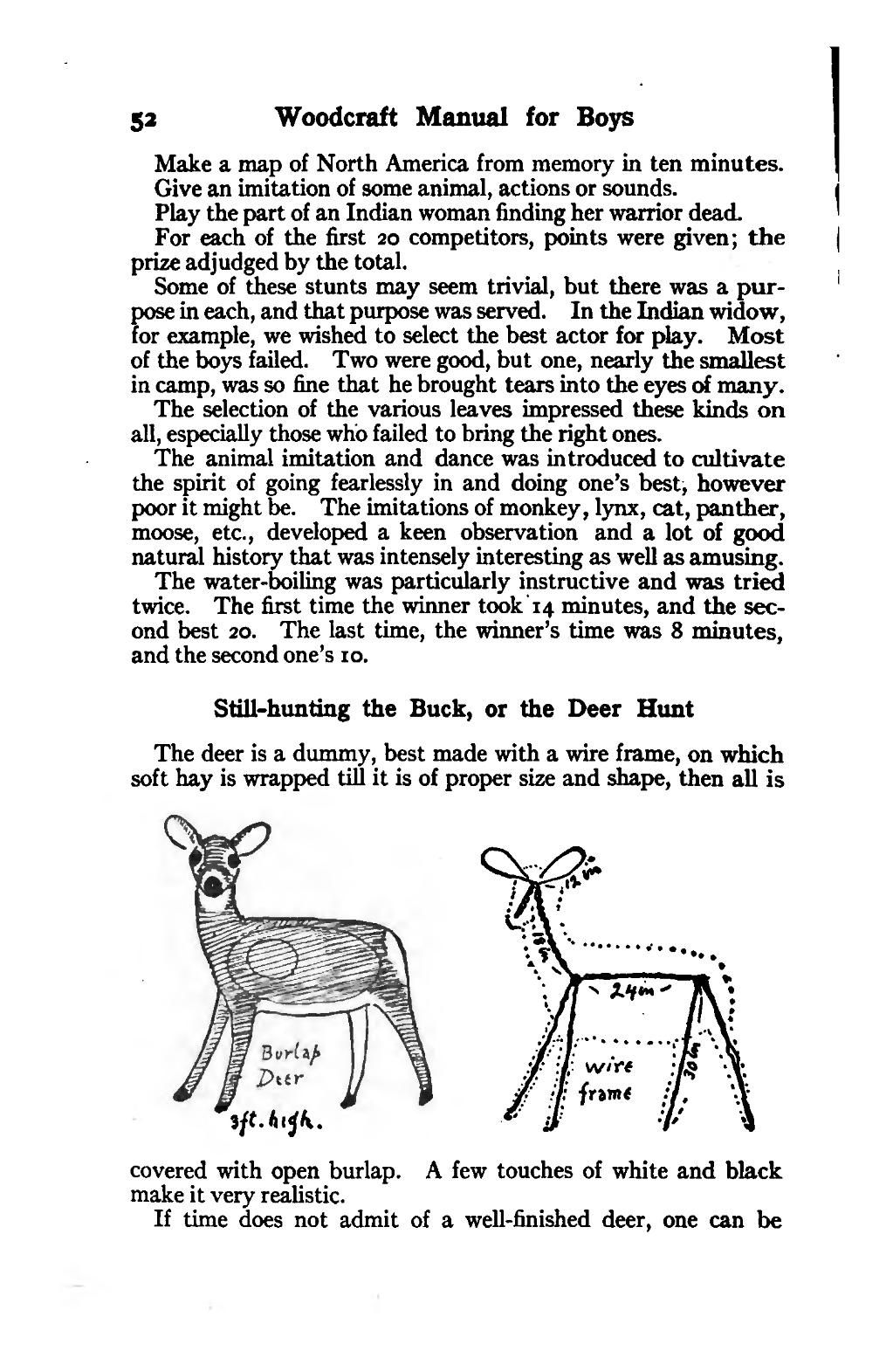