(Hie does, then the keeper can tag him (unless he reaches the firing-Une) and send him to do duty as keeper at the rock. But they can coax their rats with their feet up to the dead- line, not beyond, then watch for a chance to dodge back to the firing-line, where they are safe at all times. If the rat is knocked oflf by any one in fair firing, the keeper is powerless till he has replaced it. Meantime, most of the play- ers have secured their rats and got back safe to the firing-line. Water-boiling Contest Given a hatchet and knife, i match, a 2-quart pail, 7 inches or less in diameter, one quart of water and a block of soft wood about 2 feet long and 5 or 6 inches through. The record for water-boiling is said to be 7.59. First cut plenty of wood. Spend three minutes on it. Sup- port your pail on four pegs driven in the ground or by a long stick driven diagonally into the ground. If water is handy dip the pegs in it before placing. Tlie water must be jumping and bubbling all aver the surface or it is not boiling. If the first match goes out, contestants are usually allowed a second, but are penalized by having 2 minutes added to their time. Medley Scouting The following competition in Medley Scouting took place at one of my camps. A prize was offered for the highest points in the following: At the word, " Go. " Bring a leaf of sugar-maple; and tell how it differs from other niaples. Tell a short story or give a recitation. Bring a leaf of poison ivy (wrapped in a thick paper, to avoid touching it), and describe the poison, and mode of counteracting it. Mark off on a stick your idea of a yard. Bring a leaf of witch hazel, and tell what it is good for. Bring a leaf of beech, and tell how it differs from those most like it. Dance a step; any — ^English, Irish, Scotch, or Indian. Strike a match and light a lamp; both of them imaginary. 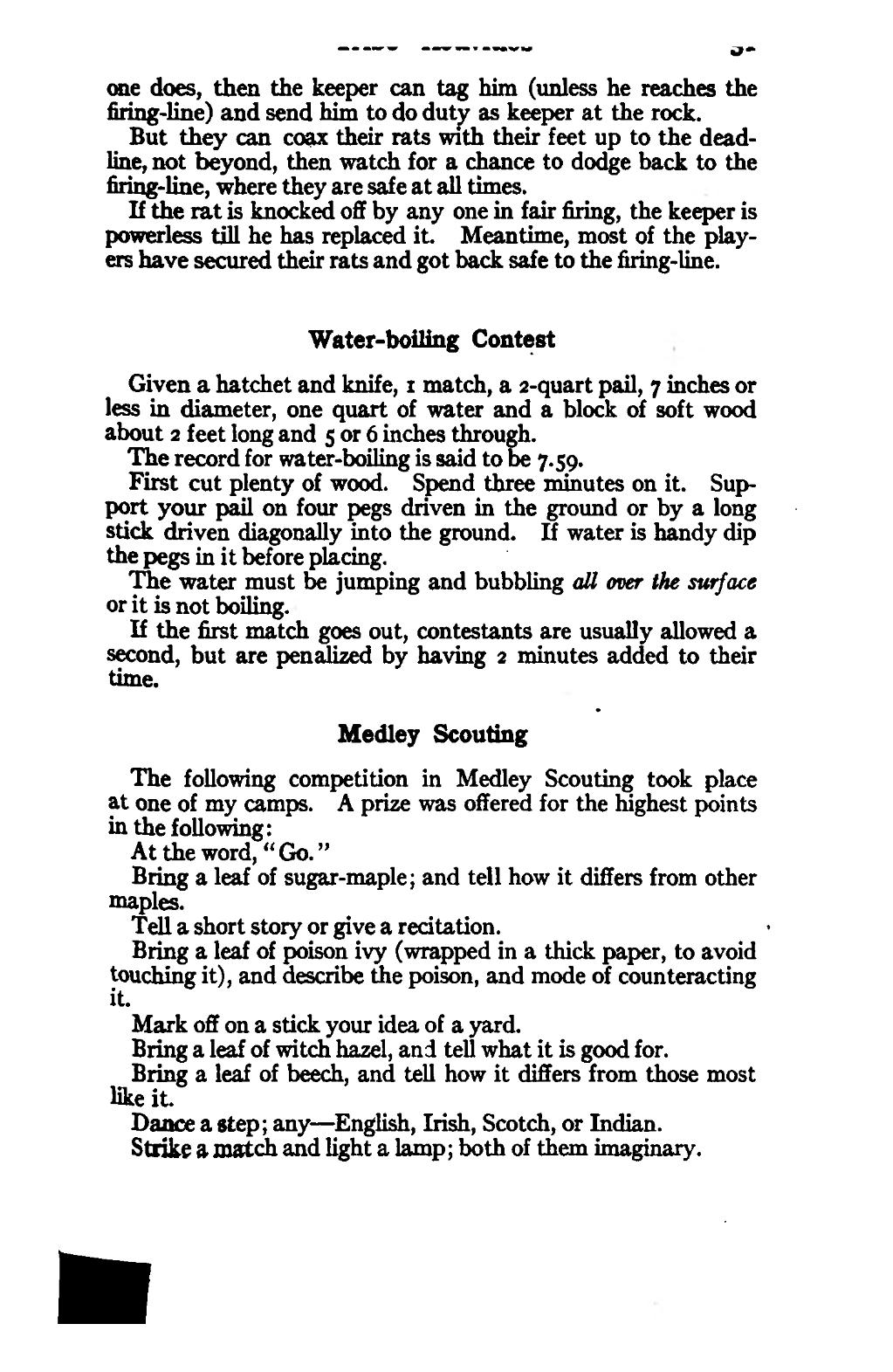