Tribe Activities 45 Cock Figkting Make two ^tout sticks, each 2 feet long (broomsticks will do}; 'Pad each of these on the end with a ball of rag. These are the spurs. Make an 8-foot ring. The two rivals are on their hui^ers, each with a stick through behind his knees, his hands clasped in front of the knees, and the arms imder the ends of the spurs. Now they close; each aiming to upset the other, to make him lose his spurs or to put him out of the ring, any of which ends that round, and scores i for the victor. If both fall, or lose a spur, or go out together, it is a draw. Battle is for 3, 5, or 7 rounds. One-legged Chicken Fight In this each of the two contestants stands upon one leg, hold* ing up the other by grasping it at the ankle with the opposite arm behind the body. The other hand, also behind, grasps the sup- porting arm at the elbow. Points are scored as above, but it is defeat also to drop the up leg or to let go the arm. Strong Hand The two contestants stand right toe by right toe, right hands clasped together; left feet braced; left hands free. At the word "Go! each tries to unbalance the other; that is, make him lift or move one of his feet. A lift or a shift ends the roimd. Battles are for best out of 3 or 5 rounds. Stungi or Step on the Rattler — Sometimes Called Poison This is an ancient game. A circle about three feet across is drawn on the ground. The players choose sides, possibly one band against another, and place themselves alternately holding hands, to make a ring around this, and try to make one of the number step into the poison circle. He can evade it by side-stepping, by jumping over, or by dragging another into it. Each one who steps in the circle is stung and sits down. Sometimes we use a newspaper with a switch lying across it. When all on one side have been stung, the other side become the Rattlers, and may sting each of the oUiers with the switch across their hands. 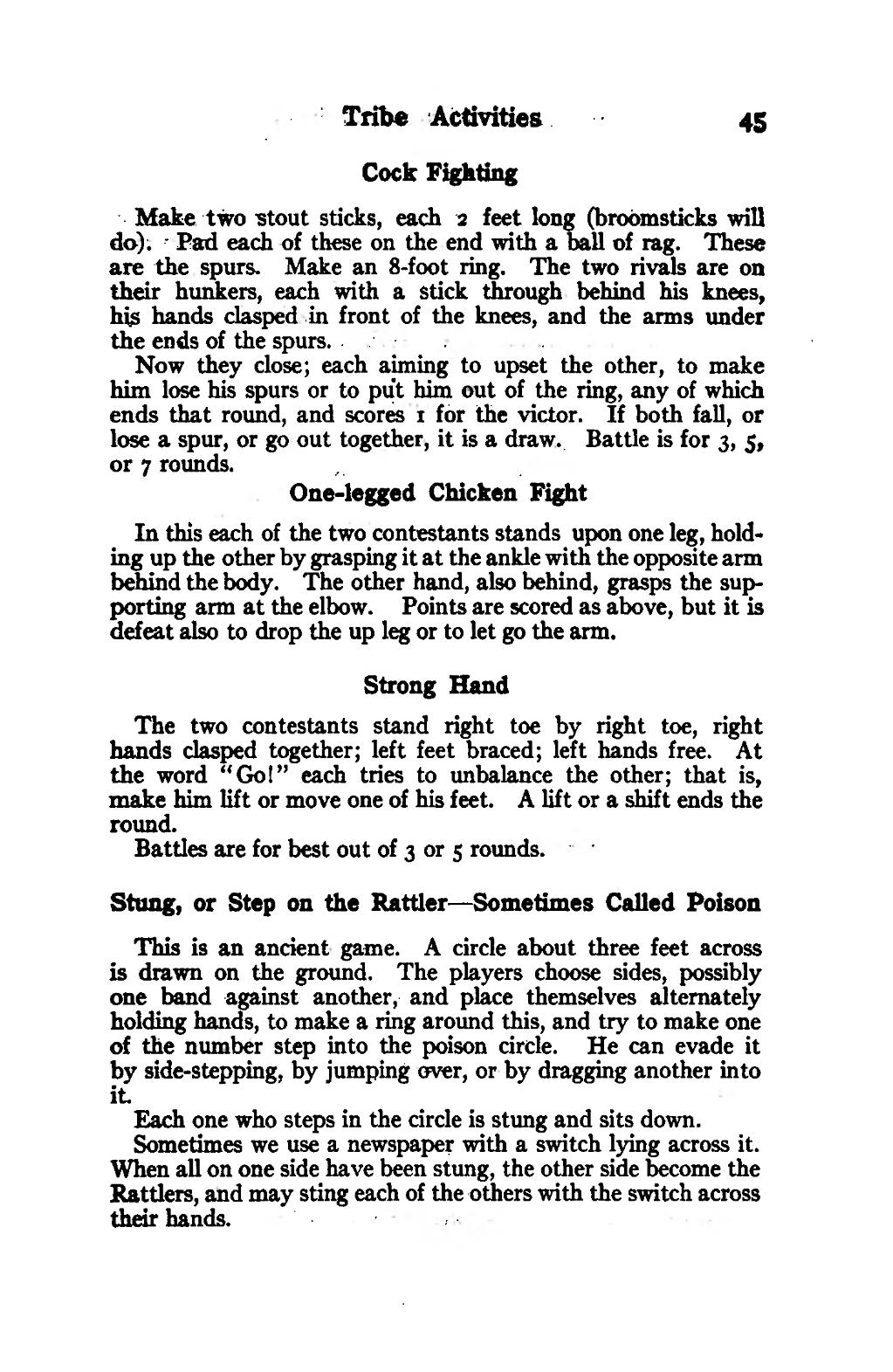