The bestowal of the ceremonial name is a serious matter, and the highest honor within the gift of the Council.

In die Woodcraft League the ceremonial name is given only when a member measures up as the finest type of Woodcraft Boy.

In a tribe of fifty not more than two or three ceremonial names would ordinarily be won during a year. Any one applying for a ceremonial or honor name is thereby proven unworthy of it. The suggestion should come from those around him after the life and conduct of the member shows that he has attained to a certain high measure of power and self-restraint, or especial achievement that manifests the excellence of the spirit within. The name is almost never given for a single exploit, but rather for a career of fortitude or much high achievement in some department.

When the Council, ever watchful, has decided that such a one, by his steady and sterling gifts, is entitled to a name, the best way is to find out privately if this person wishes for the honor, next what particular name or idea is appropriate and acceptable to all concerned. If desired, the Council may get from Headquarters a suitable list of names from which to make iselection. 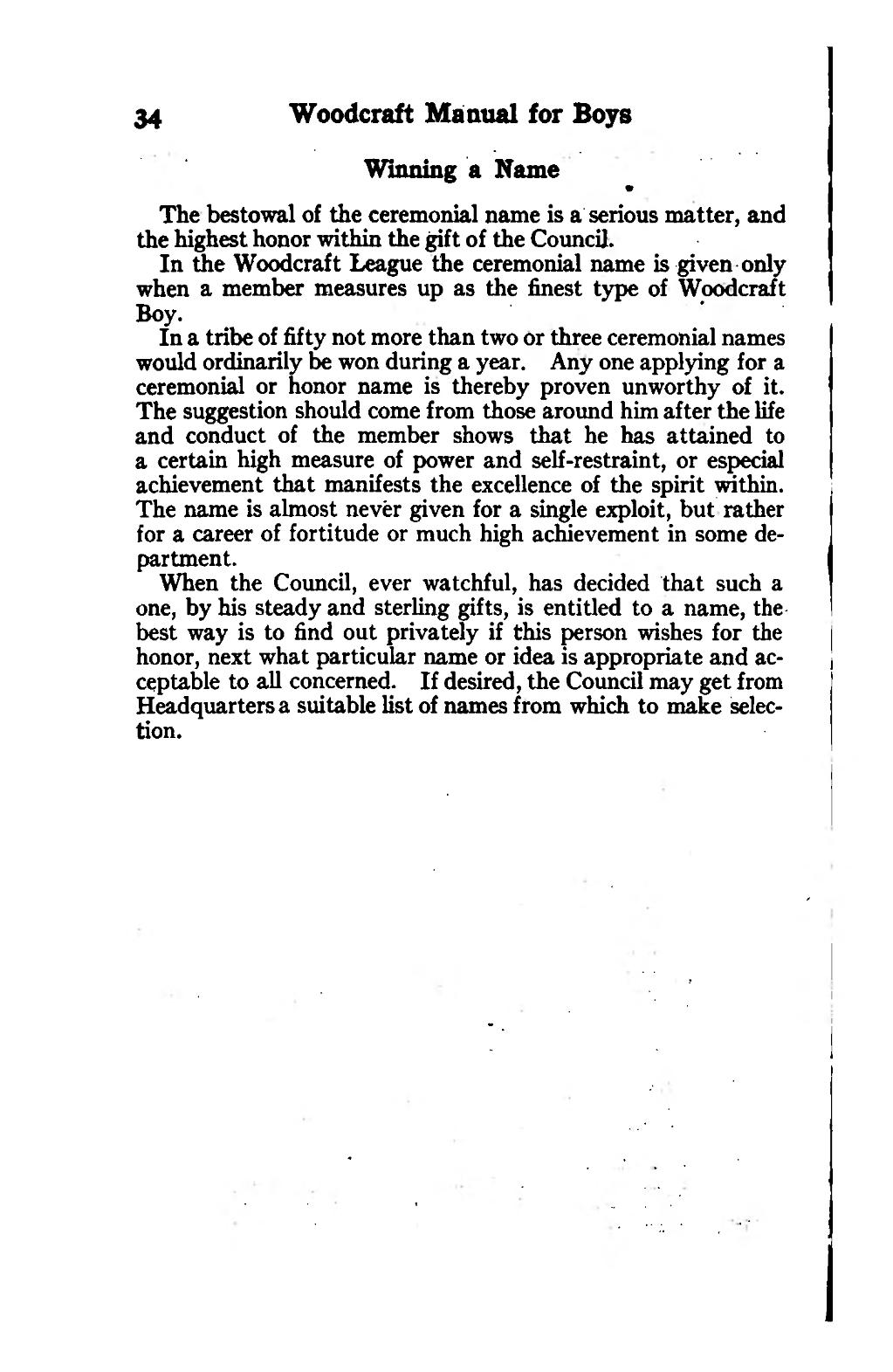