The extreme penalty is " death " ; that is, banishment from the Tribe.

Each Band of not less than five nor more than ten members elects its Chief for one year, or until the successor is elected. The Band also elects the Second Chief, to act in absence of the Chief and a Tally Keeper, who should be an artist, for it is his office to keep the records, the Winter Count, and the Tally Robe of the Band, and these should be embellished in all ways. A Wampum Collector, also, is needed, and may be elected though the Chief may fill the office unless otherwise arranged. The other members, even those of lowest rank, sit in the Council of the Band without election.

Two or more Bands imite to form a Tribe.

The Band keeps its own Tally, and raises what dues it pleases. But it also pays dues to the Tribe and is represented in Tribal Council by its Chief and Nobles (if any) and such Tribal officers as it can elect.

The Inbringing of a Newcomer

Those who would learn the life, and take the vows, of Woodcraft, must enter by the lowest stage of the Lodge. And before being admitted must as already set forth (p. 18): 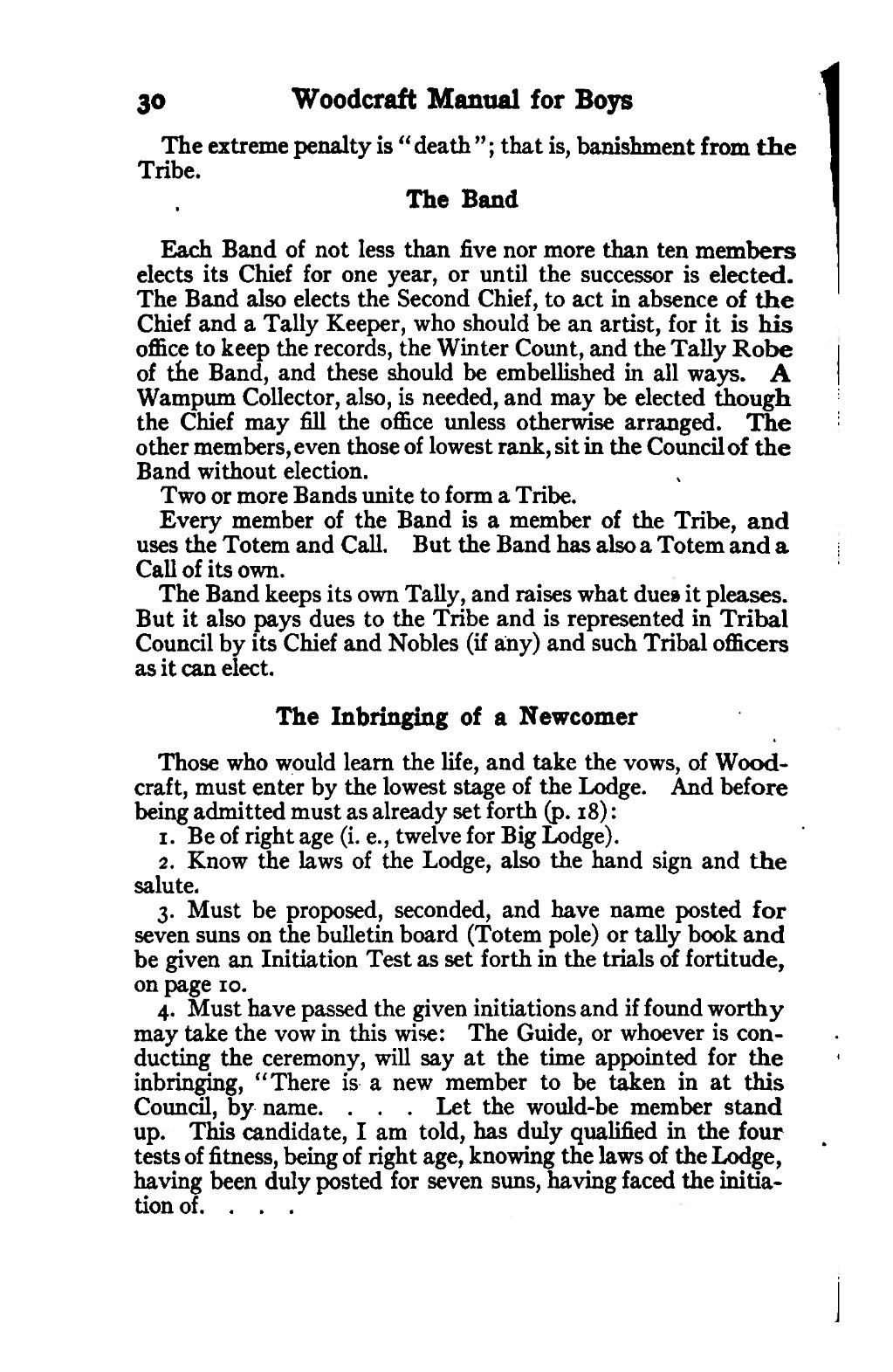