Special Council may be called by the Chief with the approval of the Guide, and must be called by him upon the written request of one fourth of the Council or one third of the Tribe.

A quarter of the whole number shall be a quonun of the Council or Tribe.

V. The Rulers of the Tribe

The Head Guide, responsible to Headquarters, is chief ruler.

Guides, responsible to the Head Guide.

Chief, elected by the whole Tribe, or sometimes appointed by the Guide; this officer should be strong and acceptable, for the Chief is the leader, must enforce the laws, has charge of the standard which bears the totem of the Tribe, and is the representative of the members.

The Second Chief takes the Chief's place in case the latter is absent; is elected by the whole Tribe.

Tally Keeper; elected by the members,or appointed forone year by the Guide or Chief, and is charged with keeping the records. Enters nothing in the records, except as commanded by the Council; should be an artist.

Wampum Keeper, Appointed for one year by the Guide or elected by the members to keep the records and public property of the Tribe. Should have a lock-box or small trunk to keep valuables in.

Sometimes one member holds more than one of these offices.

The Guides appointed by Headquarters, the Tribal and Band Chiefs, and the Sachems and Sagamores by right of their Honors, together form the High Council or Governing Body of the Tribe.

All disputes, etc., are settled by the Guide, the Chief, and Council. The Council makes the laws and fixes the dues. The Chief enforces the laws with the support of the Guide.

All rulers are elected or appointed for one year, or until their successors are chosen. The election to take place on, or as soon as possible after, the first Sun of the Leaf-falUng Moon (October 1st).

Honorary or Life Members have been elected by some Tribes as marks of distinction or affection. 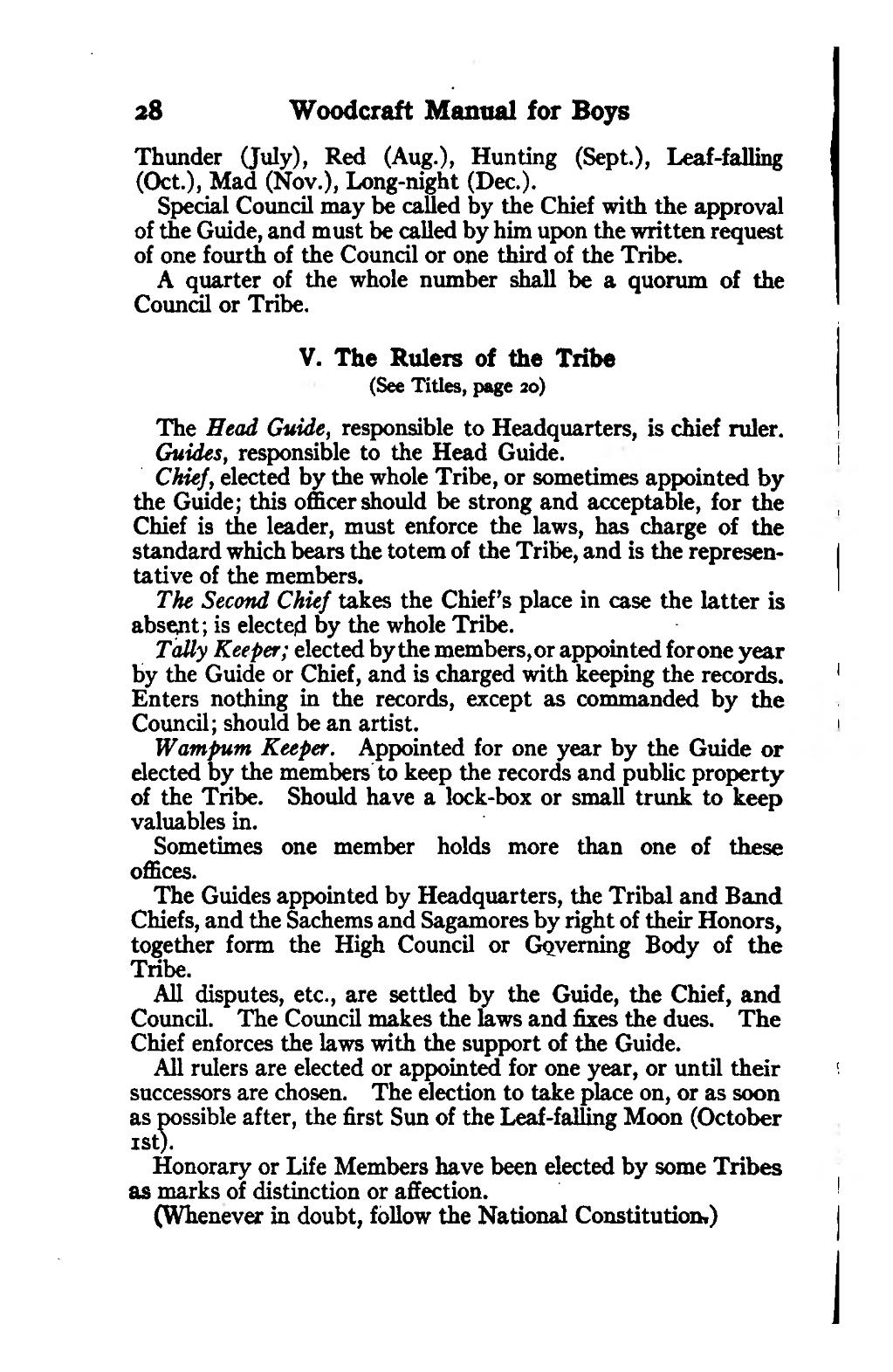