That of the Coup is a black and white eagle feather embroidered in wash silk.

That of the Grand Coup is the same with a red tuft on the end.

That of the Sagamore has a crown with five points.

That of the Grand Sagamore, Sachem, and Grand Sachem is made in the same way as the Sagamore badge with the addition of red tufts, etc.

The badges for degrees are red squares (with a design in black) and blue horns.

That of the Guide has a trail on it.

That of the Shaman has on it the four mountains of attainment.

The robe badge for degree is the Zuni Coil in the centre of which is the emblem of the degree.

The Head or Hat Band for the Boys' Big Lodge is composed of blue squares on a white background.

That of the Little Lodge has brown squares with a white background.

The Meaning of the Badges

The badge of the Woodcraft League is an ancient Indian totem composed of a pair of horns attached to a shield; the horns meaning "attack "and the shield "defense"; the idea s)anbolized being, "trained and ready." This is used by all in the League, whether boy or girl. Little Lodge or Adult.

The blue on the badge is to remind us of "Blue Sky," which is our watchword. For imder the blue sky, in the sunlight, we seek to Uve our lives; and our thoughts are of "Blue Sky," for that means "cheer"; and when there are clouds, we know that the blue sky is ever behind them, and will come again.

On the boy's badge the blue teepee reminds us that the teepee, the only movable dwelling that permits of any open fire inside, was the abode of the first woodcrafters of this country. It always faced the east with the sunrise that symbolizes the ever-renewed promise of the day. The fire within it was the symbol of the Great Spirit and the smoke to them was the established emblem of prayer, ascending from the hearth to the far above.

The two green tassels are the badges of inexperience; and when by achievements the Woodcraft boy is entitled to have them removed, the meaning of the symbolism is as evident as it is happy. 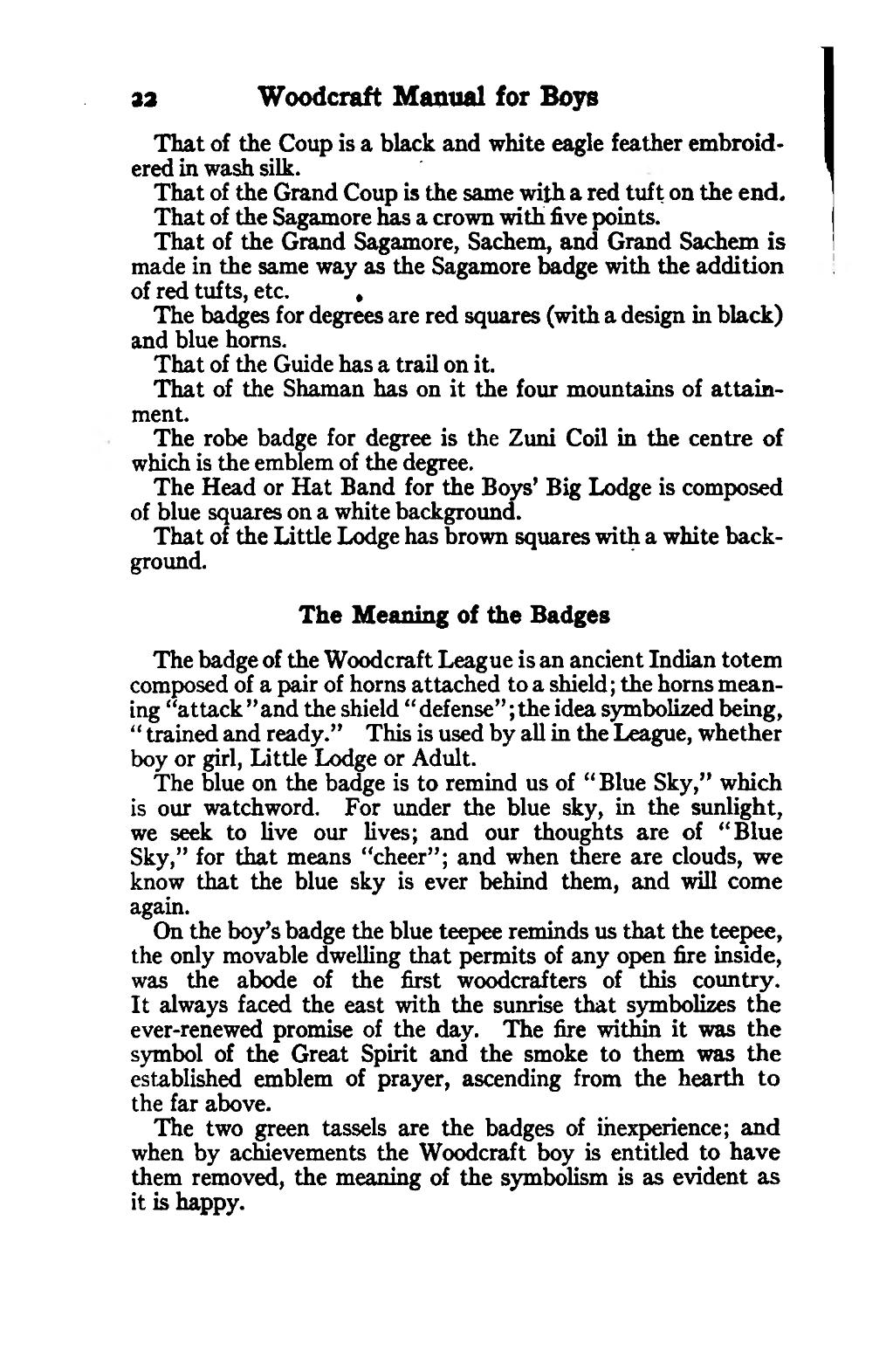