If it is possible, open the meeting by making the fire with the rubbing sticks, in which case the Leader should begin with the paragraph "Now light we the Council Fire," as on page 25, ending with the paragraph, "That His Wisdom will be with us." (If matches are used omit the above.) Continue as follows: "The four corners of this symbol fire stand each for Fortitude, Truth, Beauty, and Love, from which radiate the twelve golden laws of Woodcraft."

The Guide (or Chief) now speaks from the Council Rock: "Let the Keeper of the Tally call the roll." In large meetings this is done by Bands. Each Leader stands as his Band is called by name, salutes the Chief, and says: "O Chief, Ten of our Band — all here," or "Eight here," as the case may be.

After this is done, the regular order of parliamentary business is followed as below.

ORDER OF DOINGS IN COUNCILS

Tally of Last Council or Report of Tally Keeper.

Business Arising out of Tally.

Scouts' Reports, also Officers of the Day. (This includes: first, all unusual work done for the Tribe by a member and is reported by the Guide; second, all matters of interest, particularly those relating to nature study by members of the Tribe.)

For the (Jood of the Tribe. (At this point members may bring up any matter which ordinarily would not come up under other heads. Matters of discipline, etc.)

Challenges, etc. (These may be athletics of any sort either at the Council ring or otherwise. They may also include challenges at story telling, dancing, singing, cooking, firelighting, nature study. The challenger arises, salutes the Chief, and says: "O Chief I, --- of --- Band challenge --- of --- Band.") 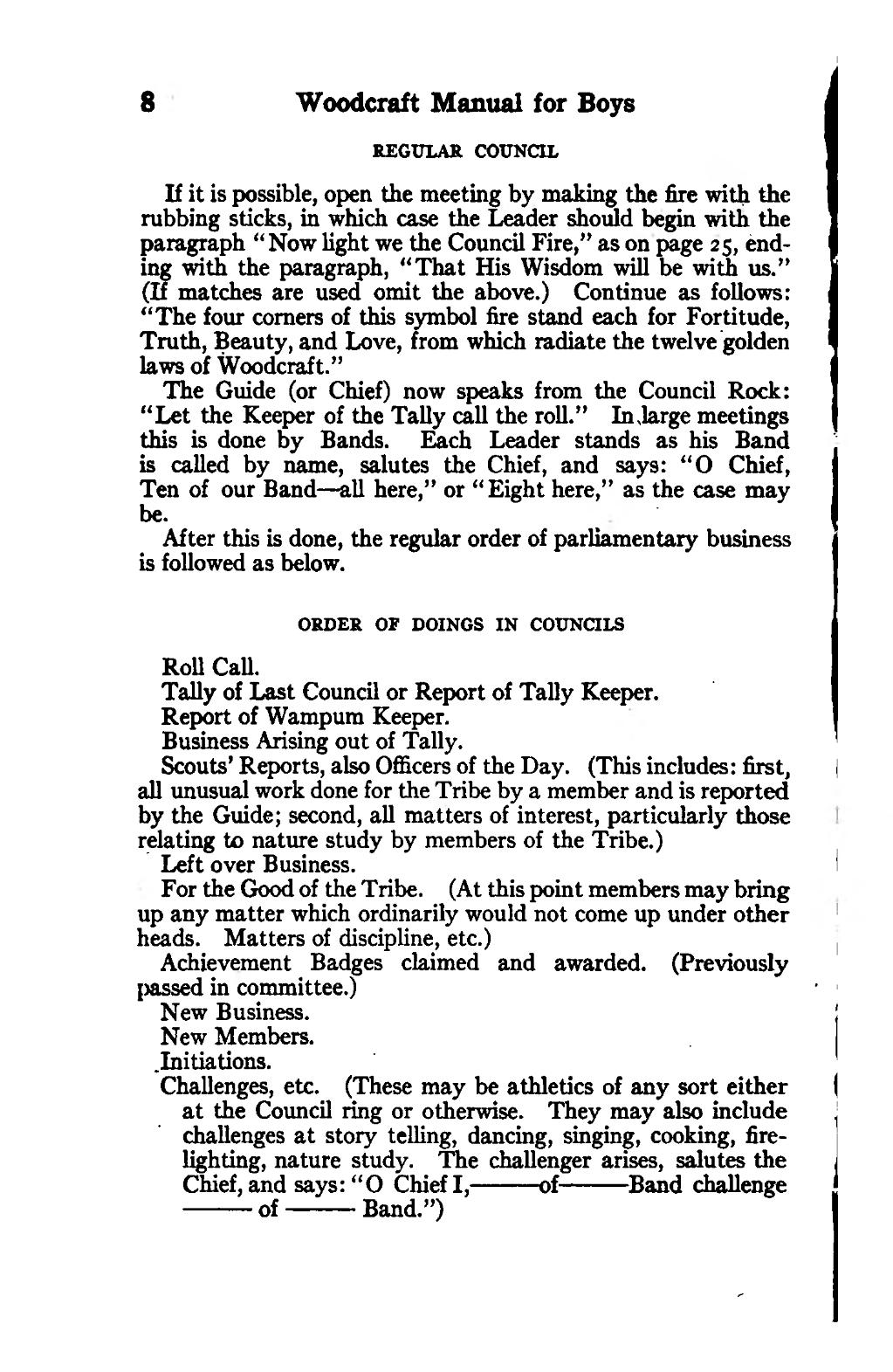