366 Woodcraft Manual for Boys Grand coup for having also started a friend with plants and helped make and fix cold-frame. Clear $25 on a half-acre garden, after paying for labor, etc., in one summer. Make a successful mushroom cellar. Home Craft Coup or grand coup, according io merit Train a class in cooking — showing the member3 and making them do it correctly — ^for six persons and give demonstration of success. Spin enough cotton, flax, wool, or hemp to make five yards of stuff or six pairs of socks. Weave ten yards of doth or rag-carpet rug or bedspread. Prepare, cook, and serve daintUy, four ten-course dinners for a party of not less than four people. Everything must be homr cooked. Serve practical and attractive meals to a family of six for one month at the rate of ten cents per meal per person, a total of $54. Prepare twelve meals on a tray for sick persons, using chicken broth, eggnog, milk toast, and show the value of bright and cheerful serving. Know and be able to buy and cook all of the best cuts of lamb, mutton, beef, and pork, making sure meat is fresh and cooked correcUy. Know value of cereals and proper preparation of com, wheat, rice, barley, and rye for bread and porridges. Also know about the care and feeding of infants from birth to three years. Have been a "litde mother," being a real daily guardian for three months — dressing, undressing, and caring for on time. Act as hostess at a formal luncheon, dinner, or party of some band to at least six people for which the invitations were self- made and menu supervised. Also plan and carry out three outdoor picnics or entertainments for a dozen or more girls, at which refreshments are served. Keep an eight-room house — used by not less than four people — clean and in order, caring for clothes, etc., arranging flowers, and assisting at meals for one month. Do a family washing and ironing for not less than four persons for one month and do all cleaning and pressing of suits, skirts, trousers, etc. 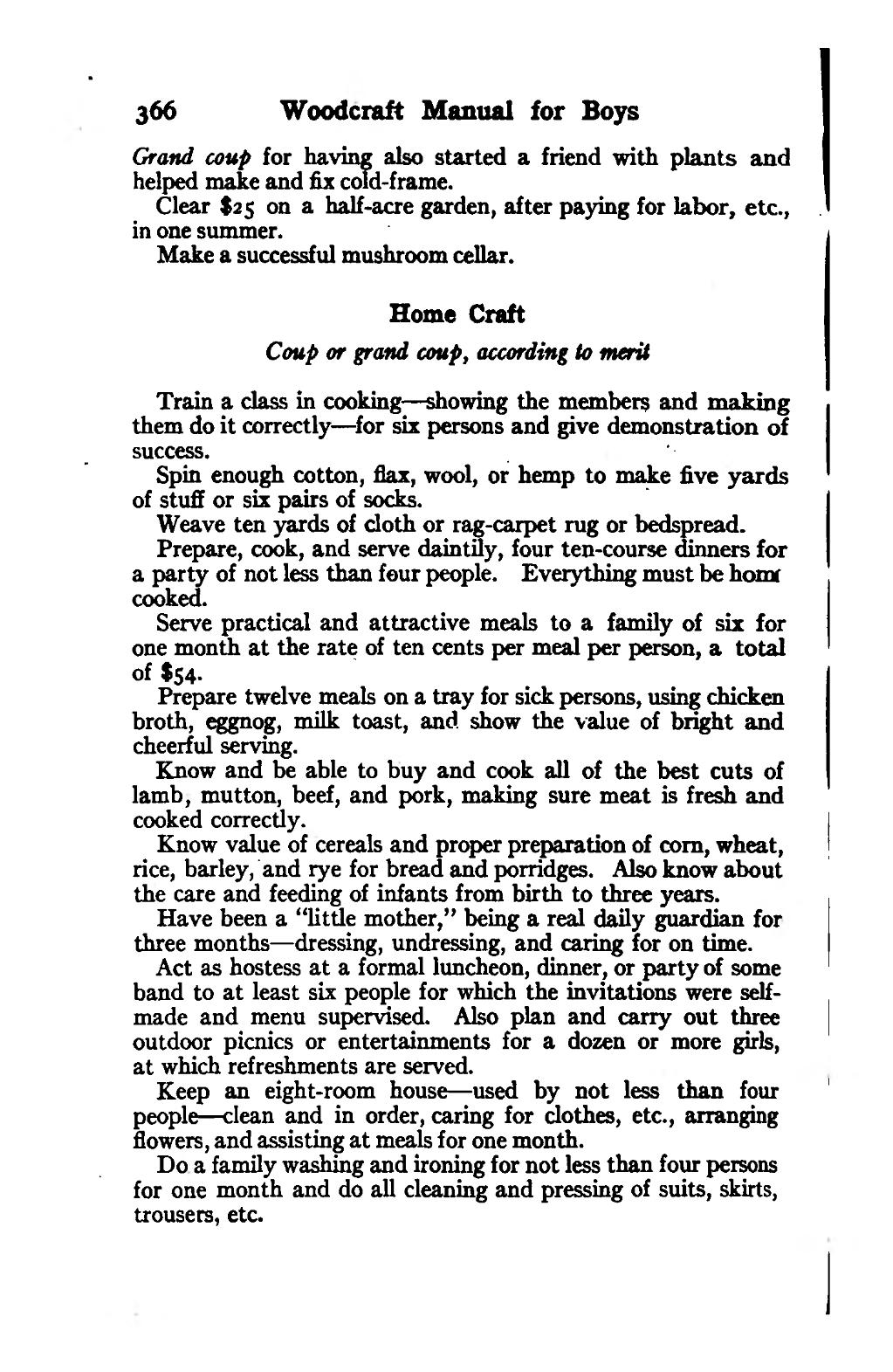