the things that are ever ready to reappear at the call of Woodcraft to-day.

HOW TO FORM A TRIBE OF WOODCRAFT BOYS

To Become a Woodcraft Boy

One may easily become a Woodcraft Boy, either by joining a Tribe already organized or by forming a new Tribe. Get together nine other boys, twelve years of age or over, and a man twenty-one years of age to act as a Guide. Let each read the Woodcraft Manual for Boys carefully, so they may know what Woodcraft is. Send to Headquarters for Application for Charter. Then select a name for the Tribe, usuaUy of historic or special interest and often an Indian name; also select a totem. Have the boys sign the Application for Charter. Send the Application with three dollars to the National Headquarters, the Woodcraft League, 13 West Twenty-ninth Street, New York City, where the Council of Guidance will act on your Application and give vour Tribe a Charter.

To Start a Tribe

The Tribe is the unit of organization, consisting of not less than ten, nor more than fifty members. Each Tribe is divided into Bands of not less than five nor more than ten members. Each Band has a Guide, a man eighteen years of age or over. One of the Guides should be selected as Head Guide of the Tribe and must be twenty-one years of age or over. The Guides direct the work of the Bands, the Head Guide being responsible to Headquarters.

In beginning.it is wise to have the officers temporary or for a short time only. Elect, or have the Guide appoint, a Chief, a second Chief, a Tally Keeper, and Wampum Keeper. Decide the time and place of your meetings, the dues (about five cents a week is usual), and other matters of a similar nature.

You should then divide the group into Bands of not less than five boys and not more than ten. Each Band should elect, or the Guide appoint, a Chief, and if meeting separately, a Tally Keeper and Wampum Collector, who shall report to the Tribal officers. 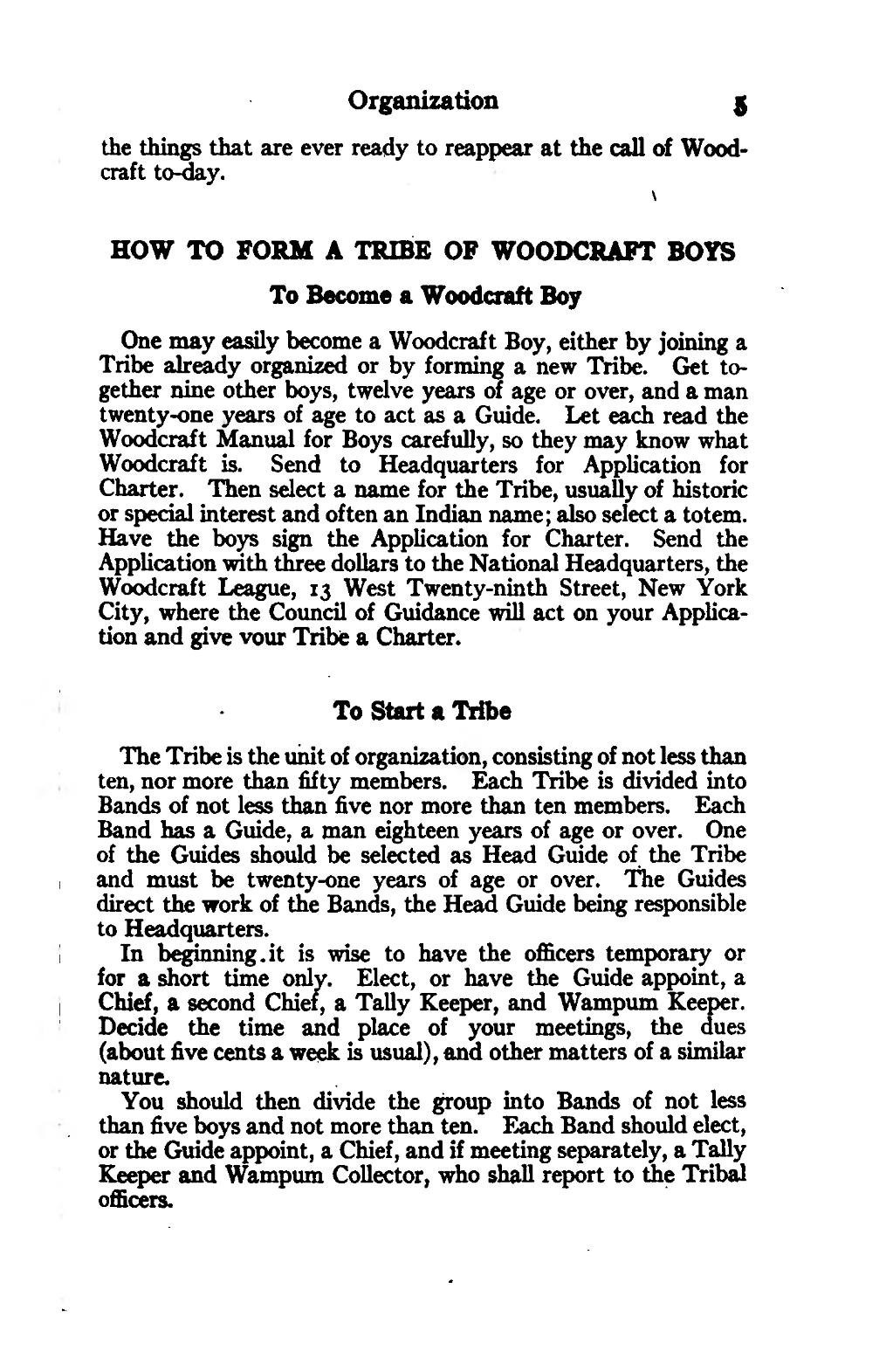