way, their friends become suspicious of the device over the door and will not enter a nesting box with such an obvious menace.

Thus the sparrow ’3 intelligence: is turned against himself. Our native birds, having no evil experience with the trap, do not fear it.

The trap door is shown on the Woodcraft Bird Box, which is one made as already described by slabbing a round log, cutting out the core, then nailing it together again.

The twig or wire at one side carries the weight of the string which, otherwise, might close the door during a heavy wind.

When the string is ﬁrmly pulled, the twig gives and the door is pulled down over the hole.

The advantages of the Woodcraft Bird Box over the other kinds are: 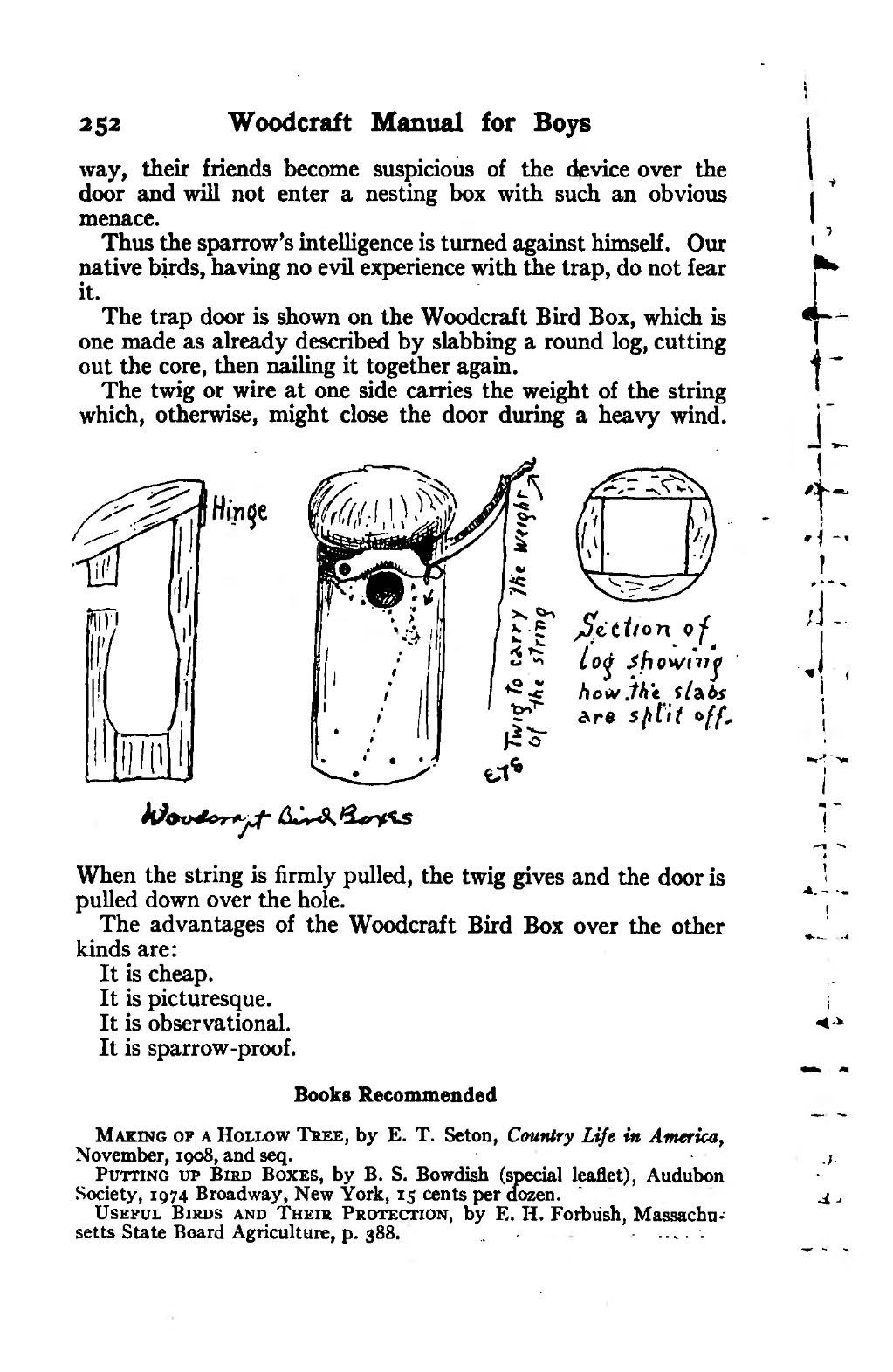