3:." * ”31*? w 1 Things to Know and Do 239 Storm Cap or Bull-boat During long continued or heavy rains, a good deal of water may come in the smoke-vent or drip down the poles. To pre- vent this the Missouri Indians would sometimes use a circular bull-boat of rawhide on a frame of willows as a storm cap. For a twelve-foot teepee the storm cap should be about four feet across and eighteen inches deep, made of canvas with a hem edge in which is a limber rod to keep it in circular shape. It is usually put on with a loose teepee pole, and sits on top of the poles as shown, held down if need be by cords to its edge. The poles should be short and even for this. Putting Up the Teepee Twelve poles also are needed. They should be as straight and smooth as possible; crooked, rough poles are signs of a bad housekeeper—a squaw is known by her teepee poles. They should be 13 or 14 feet long and about I inch thick at the top. Two are for the smoke-vent; they may be more slender than the_ others, and should have a 4-inch crosspiece lashed on them about 2 feet from the top. Last of all, make a dozen stout short pegs about I 5 inches long and about 1% inches thick. Now all the necessary parts of the teepee are made. This is how the Indian tent is put up: Tie three“ poles to- gether at a point about 1 foot higher than the canvas, spread them out in a tripod the right distance apart; then lay the other poles (except three including the two slender ones) in the angles, their lower ends forming a small circle. ,Bind them all with a rope, letting its end hang down inside for an-anchor. Now fasten the two ropes at A (Cut 1) to the stout pole left over at a point 10 feet up. Raise this into its place, and the teepee ' Some use four and ﬁnd it stronger. 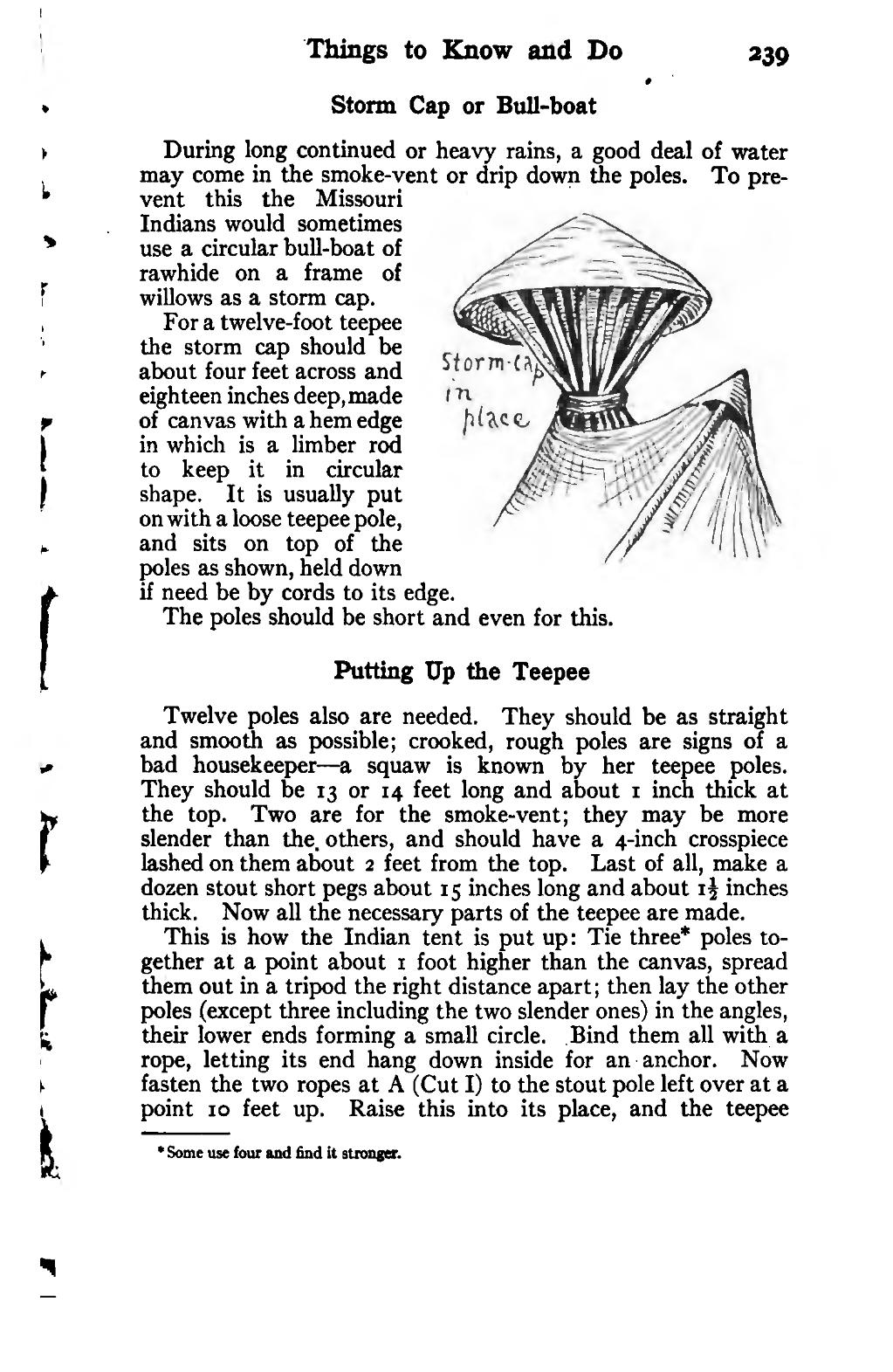