23o Woodcraft Manual for Boys thick, as D E. Now at F, put a ﬁnal lashing of cord. This draws the broom together, and binds it ﬁrmly to the handle. Trim the ends even with the axe, and it is ready for use. The other style is the backwoods broom. This was usually made of blue-beech or hickory. A 4-foot piece of a 4-inch green trunk is best. Shavings 18 inches long are cut down, left attached at J, and bent back over the end until there is a bunch of them thick enough; when they are bound together with a cord and appear as in K. Now thin down the rest of the handle L M, and the broom needs only a little drying out to be ﬁnished. Rubblngesﬁck Fire I have certame made a thousand ﬁres with rubbing sticks, and have made at least ﬁve hundred diﬂ'erent experiments. So far as I can learn, my own record of thirty-one seconds from taking the sticks to having the ﬁre ablaze is the world’s record,‘ and I can safely promise this: That every one who will follow the instructions I now give will certainly succeed in making a rubbing-stick ﬁre. Take a piece of dry, sound, balsam-ﬁr wood (or else cedar, cypress, tamarac, basswood, or cottonwood, in order of choice) and make of it a drill and a block, thus: ""me .. WW. 1. Tools for firemaking Drill. Five eighths of an inch thick, twelve to ﬁfteen inches 1(ong; roughly rounded, sharpened at each end as in the cut cut I a . ' Block, or board, two inches wide, six or eight inches long, ﬁve ' eighths of an inch thick. In this block, near one end, cut a side notch one half an inch deep, wider on the under side; and near 'Thlsmwritturtenyeussgoniueetbentherecordhsbeeurepestedhrlowemdhyothas. JA ; N__4_1L __._L _. '3>._, r _ 4! .L 1“. #1.. v 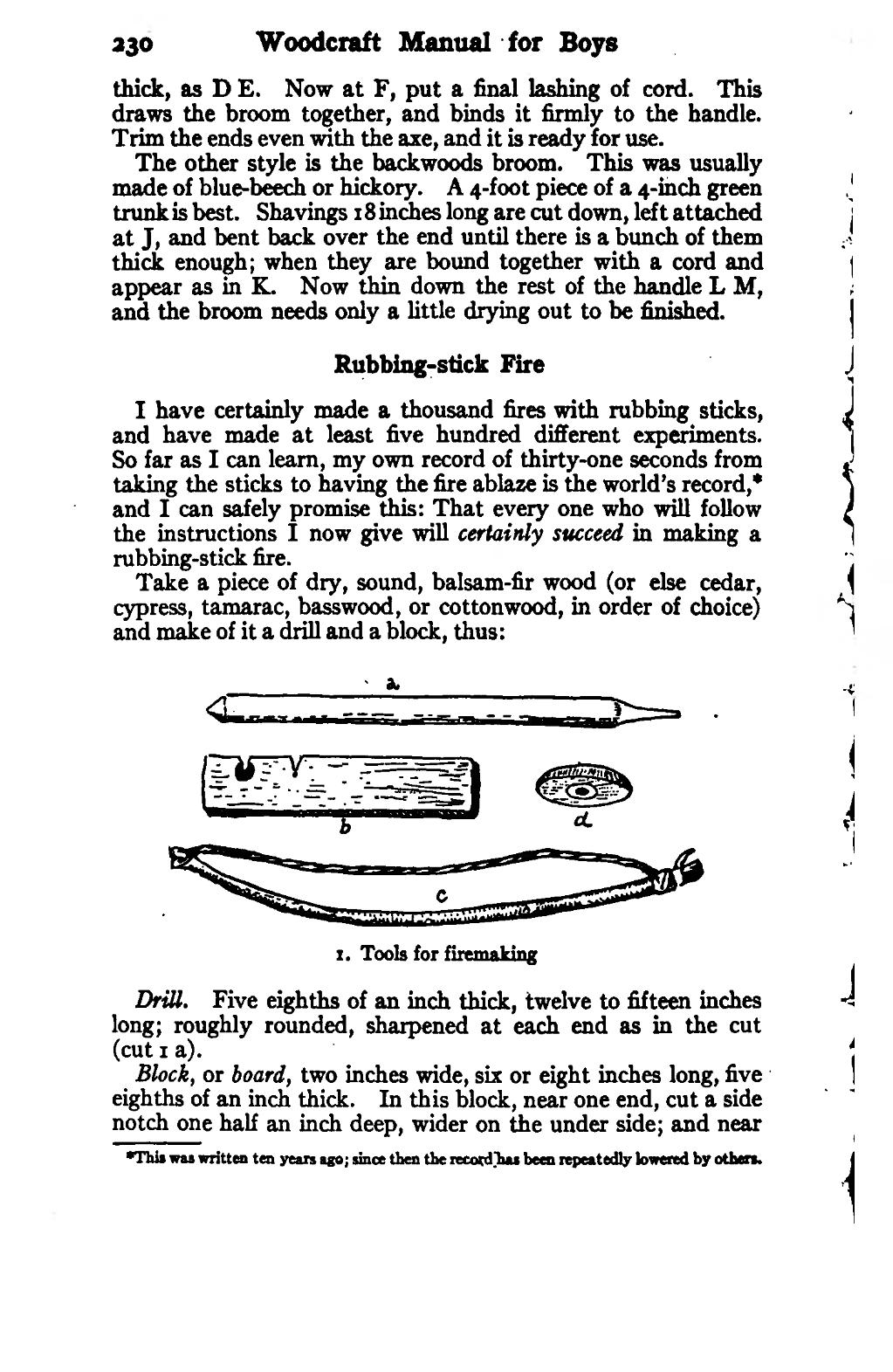