202 Woodcraft Manual for Boys A circle round the moon means “storm.” As many stars as are in circle, so many days before it will rain. Sudden heat brings thunder. A storm that comes against the wind is always a thunder- storm. ' The oak and the ash draw lightning. Under the birch, the cedar, and balsam you are safe. East wind brings rain. West wind brings clear, bright, cool weather. North wind brings cold. South wind brings heat. (On Atlantic coast.) The rain-crow or cuckoo (both species) is supposed by all hunters to foretell rain when its “Kow, kow, kow” is long and hard. So, also, the tree-frog cries before rain. Swallows ﬂying low is a sign of rain; high, of clearing weather. The rain follows the wind, and the heavy blast is just before the shower. Outdoor Proverbs What weighs an ounce in the morning, weighs a pound at night. A pint is a pound the whole world round. Allah reckons not against a man’s allotted time the days he spends in the chase. If there’s only one, it isn’t a track, it’s an accident. Better safe than sorry. No smoke without ﬁre. The bluejay doesn’t scream without. reason. The worm don’t see nuﬂin pretty ’bout de robin’s song.— (Darkey.) Ducks ﬂying overhead in the woods are generally pointed for water. If the turtles on a log are dry, they have been there half an hour or more, which means no one has been near to alarm them. Cobwebs across a hole mean “nothing inside.” Whenever you are trying to be smart, you are going wrong. Smart Aleck always comes to grief. You are safe and winning when you are trying to be kind. When Lost in the Woods If you should miss your way, the ﬁrst thing to remember is like the Indian, “You are not lost; it is the teepee that is lost.” l Mrim’trgﬁrg 4-- 7m’vlim‘ww,ibk____ L ‘1.- —)_.£.:: 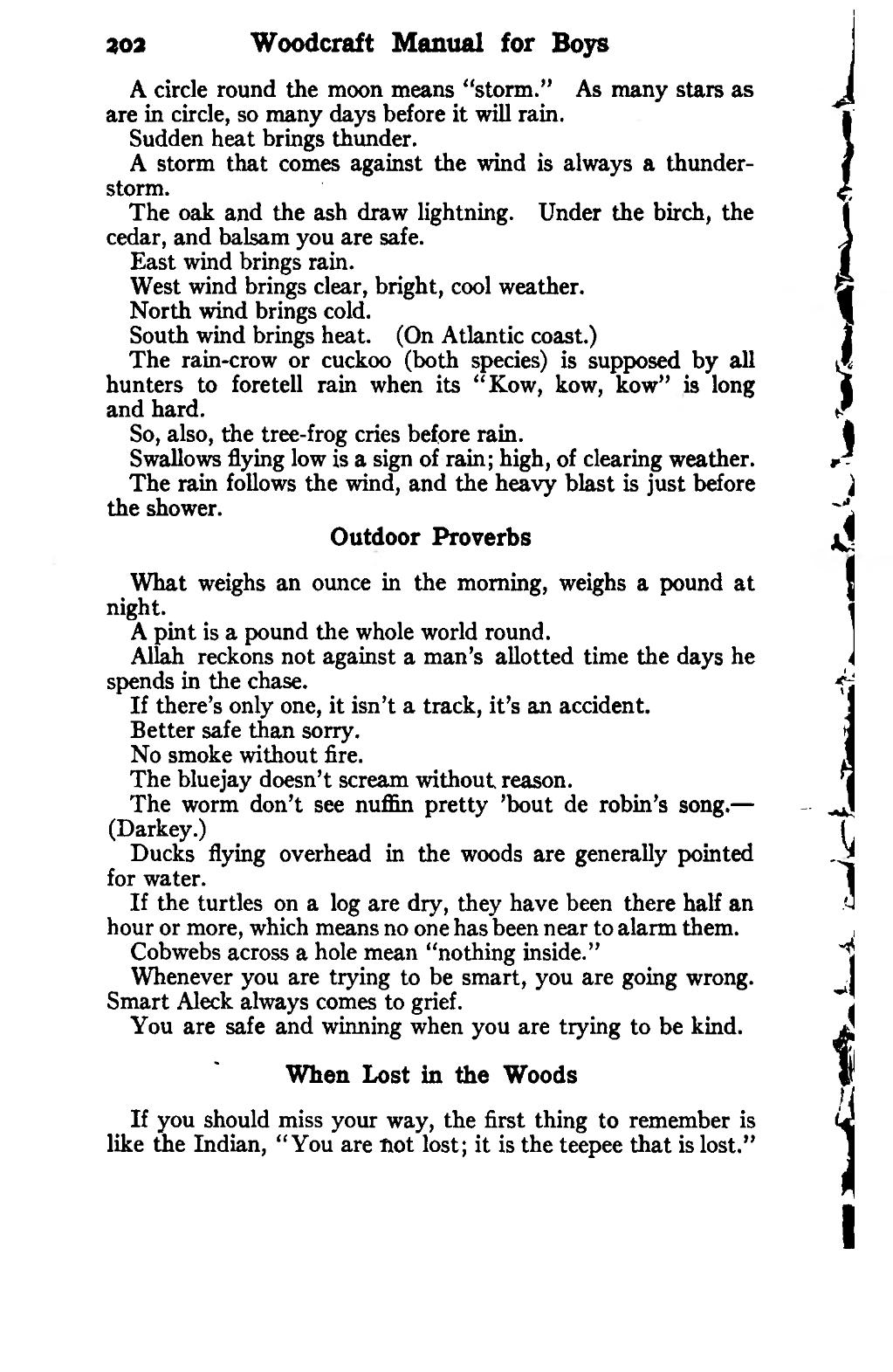