194 Woodcraft Manual for Boys all our children in the East. The root is the most burning, acrid, horrible thing in the woods when raw, but after cooking becomes quite pleasant and is very nutritious. Prairie or Indian Turnip, Bread-root or Pomme-blanche of the Prairie. This is found on all the prairies of the Missouri region. Its root was and is a staple article of food with the Indians. The roots are one to three inches thick and four to twelve inches long. Solomon’s Seal. The two Solomon’s Seals (true and false) both produce roots that are long, bumpy storehouses of food. Crinkle-root. Every school child in the country digs out and eats the pleasant peppery crinkle-root. It abounds in the rich, dry woods. Mushrooms, Fungi, or Toadstools We have in America about two thousand diﬁerent kinds of Mushrooms or Toadstools; they are the same thing. Of these, probably half are wholesome and delicious; but about a dozen. of them are deadly poison. There is no way to tell them, except by knowing each kind and the recorded results of experience with each kind. The story about cooking with silver being a test has no foundation; in fact, the best way for the Woodcraft Boy or Girl is to know deﬁnitely a dozen dangerous kinds and a score or more of the Wholesome kinds and let the rest alone. Sporeprint. The ﬁrst thing in deciding the nature of a toad- stool is the sporeprint, made thus: Cut off the stem of the toad- stool and lay the gills down on a piece of gray pa r' under a vessel of any kind. After a couple of hours, lift t e cap, and . radiating lines of spores will appear on the paper. If it is desired to preserve these, the paper should be ﬁrst covered with thin mucilage. The color of those spores is the ﬁrst step in identiﬁcation. All the deadly toadstools have white spores. No black-spored toadstool is known to be poisonous. Poisonous Toadstools The only deadly poisonous kinds are the Amam'tas. Others may purge and nauseate or cause vomiting, but it is believed that every recorded death from toadstool poisoning was caused by an Amanita, and unfortunately they are not only wide- spread and abundant, but they are much like the ordinary 'n ‘. A M Jill‘N—"-._n_ _. r‘ _4 L- I. Ah-‘K. -n .1‘_«_d‘/‘._l ‘1— 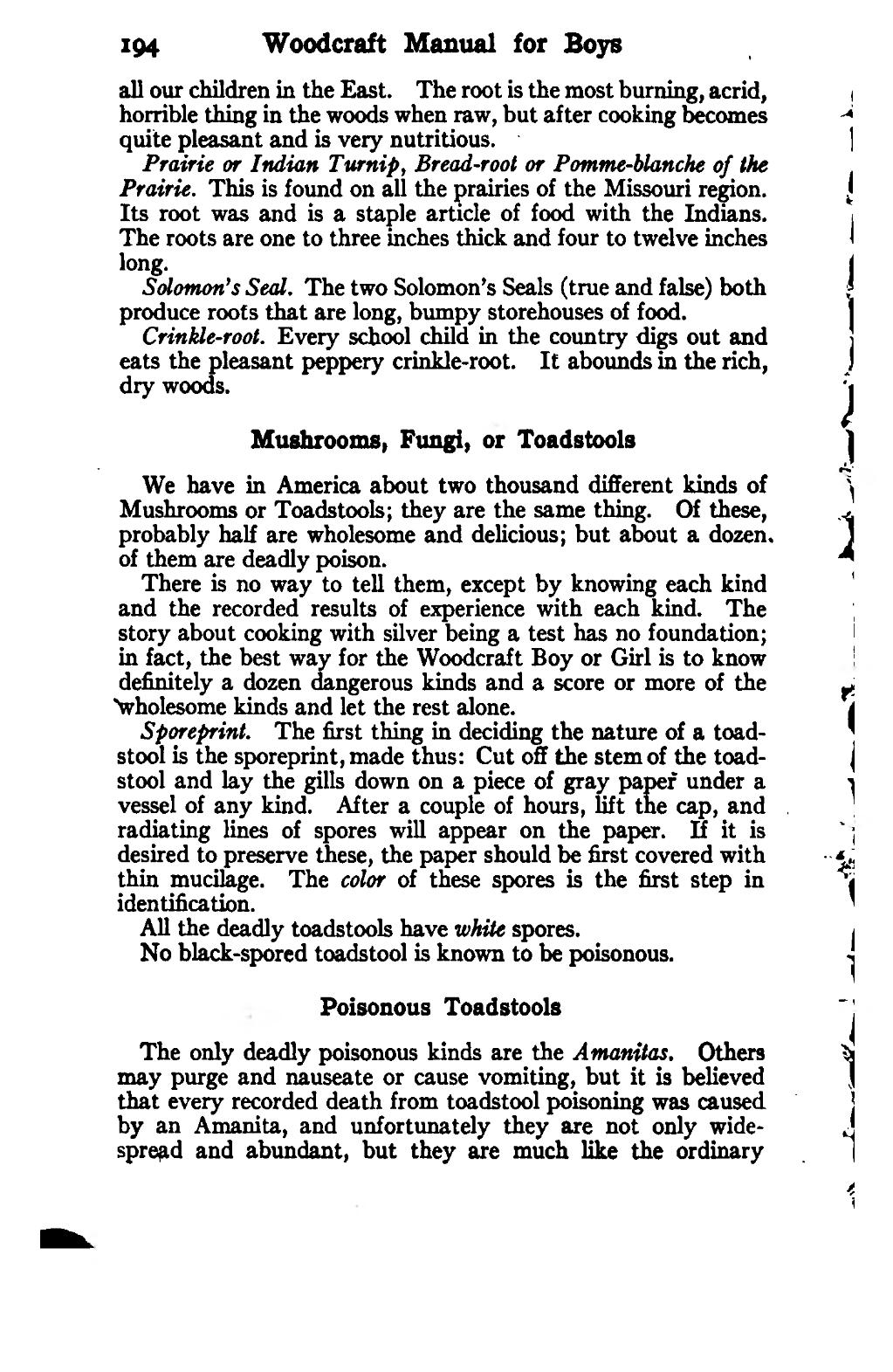