CHAPTER III WOODLORE AND HANDICRAFT Edible Wild Plants No one truly knows the woods until he can ﬁnd with certainty a number of wild plants that furnish good food for man in the sea- son when food is scarce; that is, in the winter or early spring. During summer and autumn there is always an abundance of familiar nuts and berries, so that we may rule them out, and seek only for edible plants and roots that are available when nuts and berries are not. Rock Trips. The most wonderful of all is probably the green- ish-black rock tripe, found on the bleakest, highest rocks in the northern parts of this continent. There is a wonderful display of it on the cliﬂ's about Mohonk Lake, in the Catskills. Richard- son and Franklin, the great northern explorers, lived on it for months. It must be very carefully cooked or it produces cramps. First gather and wash it as clear as possible of sand and grit, washing it again and again, snipping oil the gritty parts of the roots where it held onto the mother rock. Then roast it slowly in a pan till dry and crisp. Next boil it for one hour and serve it either hot or cold. It looks like thick gumbo soup with short, thick pieces of black and green leaves in it. It tastes a little like tapioca with a slight ﬂavoring of licorice. On some it acts as a purge. Basswood Browse or Buds. As a child I ate these raw in quantities, as did also most of my young friends, but they will be found the better for cooking. They are particularly good and large in the early spring. The inmost bark also has food value, but one must disﬁgure the tree to get that, so we leave it out. Slippery Elm. The same remarks apply to the buds and inner bark of the slippery elm. They are nutritious, acceptable food, especially when cooked with scraps of meat or fruit for ﬂavor- ing. Furthermore, its ﬂowers come out in the spring before the leaves, and produce very early in the season great quantities of seed which are like little nuts in the middle of a nearly cir- cular wing. These ripen by the time the leaves are half grown 191 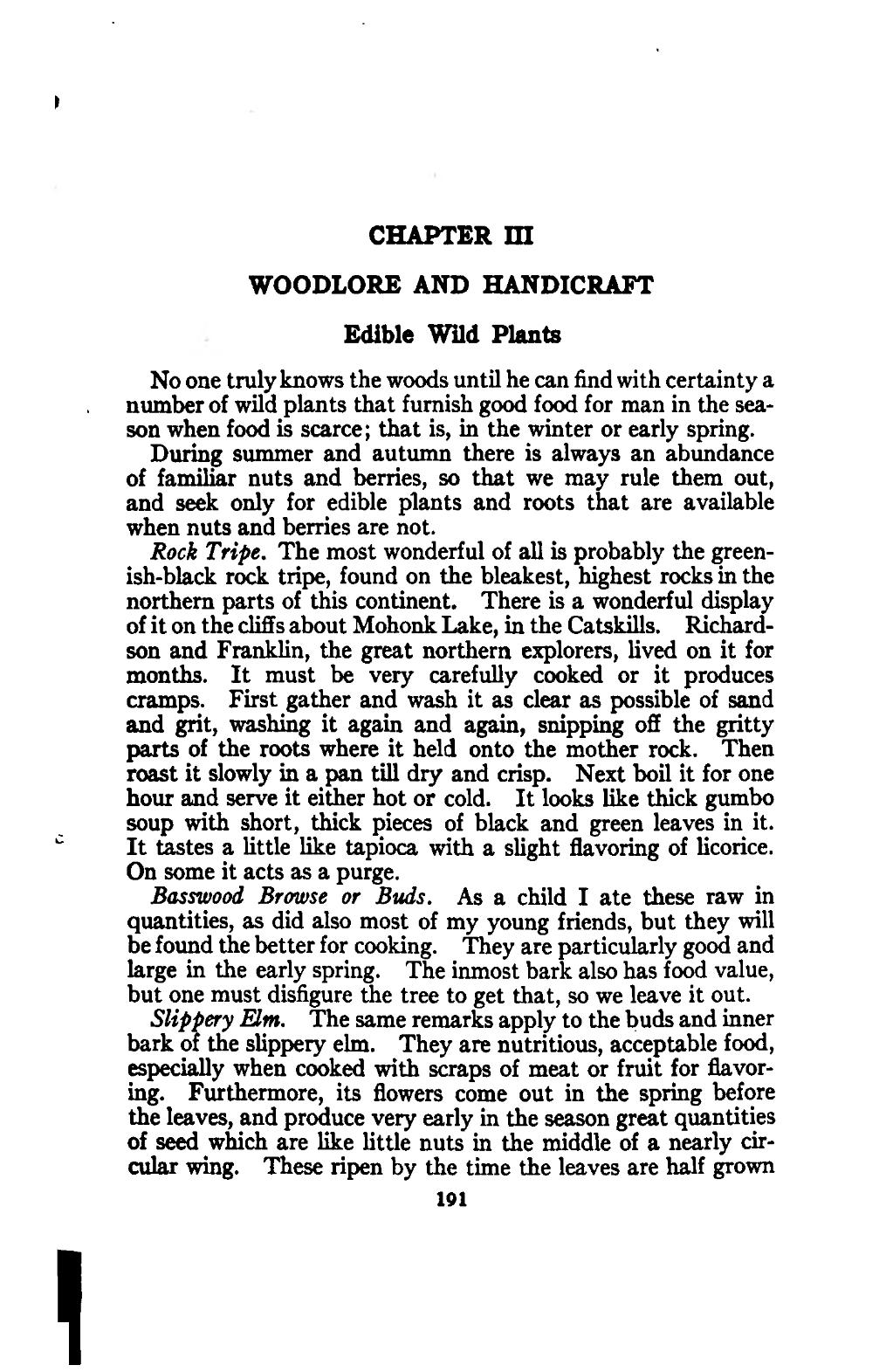