~w' *' Things to Know and Do 185 a. bucket of water. Close up the hole, cover all tight and leave for half an hour to an hour. Open cautiously, carefully keeping the clay from the ﬁsh. Turn the plank and remove the binding. The ﬁsh will be found beautifully cooked. Potatoes take three times as long to do in this way. To Broil. To broil ﬁsh, e, or bacon is easy if one make a hot ﬁre, then expose a level of coals, fan it once with a hat or board to remove the ashes from the top of the coals, then drop the meat to be cooked right on the coals. It will broil in a minute or two. Turn it over with a stick and the operation will be quickly completed. Toasting is easily done if we cut a forked stick of strong green wood and hold the bread over the ﬁre. Roasting. A good meat roaster is made'by hanging the meat in a green wood hook made with a broad wooden fan set in a split near the top and above that a heavy cord to hang it with. Thus the wind, striking the fan, turns the meat and twists the cord ft? TLPch l ass Coo «er. 5'— m ground. ) ' and-‘lurnd matron!" ”(Kim . I . k ’— {.7 until it is tight; then it unwinds, but, owing to the weight of the meat, goes past the dead point and winds itself up the other way, and so on. This is an especially satisfactory roaster when there is wind. Bread. The test of all is the making of good bread without utensils. Some make a hole in the ground for a breadpan and line it with a comer of a mackintosh. But most old timers use 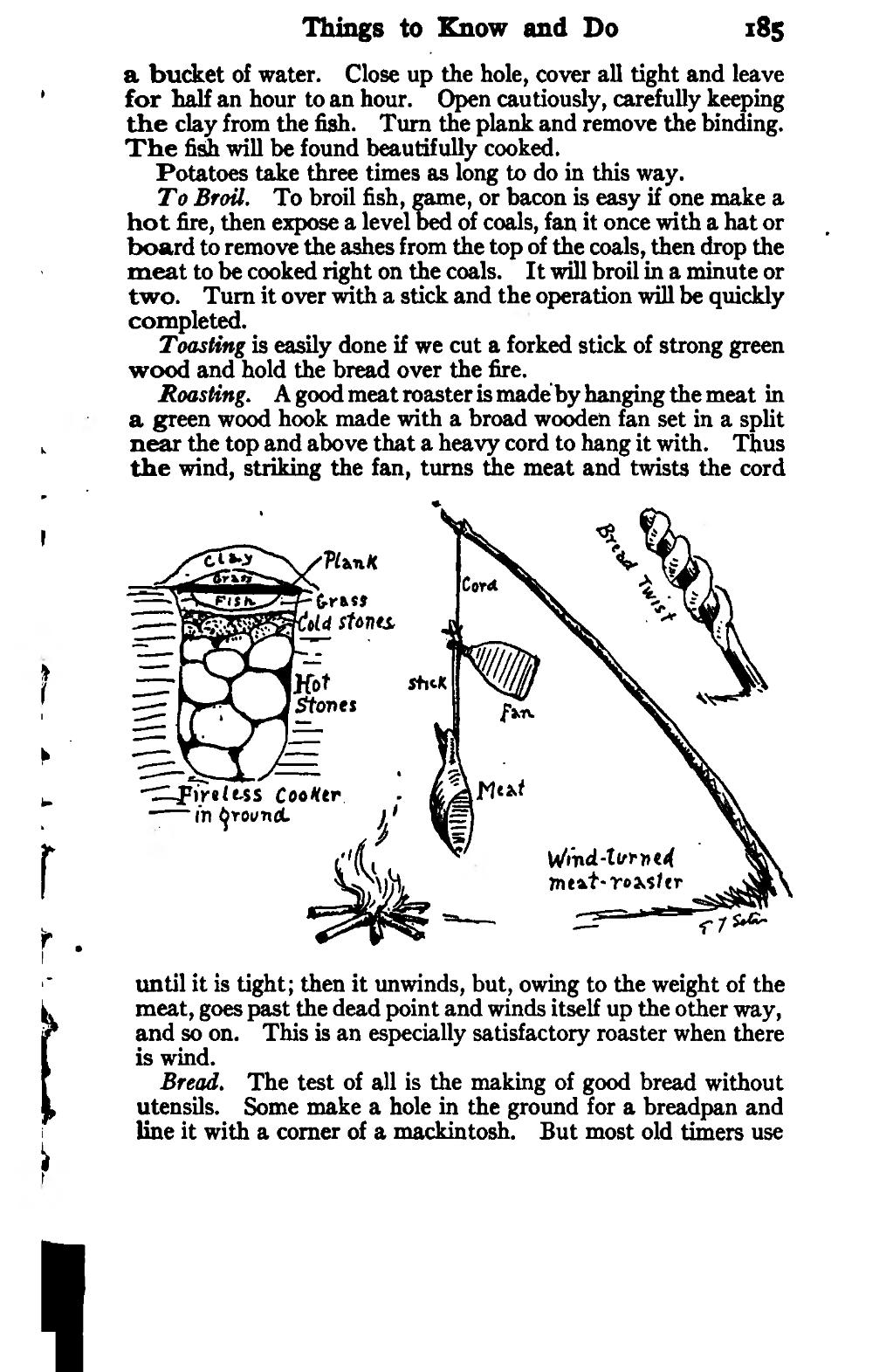