164 Woodcraft Manual for Boys tents. In a brazier, secure in the middle of a stone hearth, is a fire. An elevator near by aﬁords a quick trip to the swimming tank in the basement. Some semblance of verdure is oﬂ'ered by vines and trailers in boxes; and thus, a hundred feet above the street, the boys or girls are in another world, and can dress and live much as in camp. Many little experiments are now being made to utilize these waste spaces; roof gardens are very possible to-day; ﬂowers, fruit, and vegetables can be grown successfully, and even bird sanctu- aries are being attempted. These are not yet a success; but it seems likely that, with food, drink, shelter, protection, and nesting boxes supplied, we could in time induce some acceptable birds to found their little colonies in such places. English sparrows and starlings would doubtless be the ﬁrst to respond, but there are some reasons for expecting success also with swallows, martins, nighthawks, sparrowhawks, screech-owls, pigeons, etc.; while some western species like the crimson house-ﬁnch might be brought in on trial. The whole ﬁeld is open at present and almost unexplored, but it seems to be one of unusual promise. ' Individual Tally Book Every Woodcraft Boy should have an Individual Tally Book and notebook. Nothing adds so much to future enjoyment as such a record of achievements, exploits, and knowledge; to say nothing of the souvenirs in forms of photos, sketches, rhymes, and songs. It adds greatly to the interest and value if the book is bound in a leather cover which may be decorated in various ways. Indian Names for the Months Most all primitive people called the months “Moons.” The North American Indians particularly were noted for naming the msgndths quaintly and well. The following is a list which may be 1.1 (January) Snow, (February) Hunger, (March)- Crow or Wak- ening, (April) Wild Goose or Green Grass, (May) Planting, (June) Rose, (July) Thunder, (August) Green Corn or Red, (September) Hunting, (October) Falling Leaf, (November) Mad, (December) Long Night. _ _ 4.. _wmr~———(_—_- ._/I . . 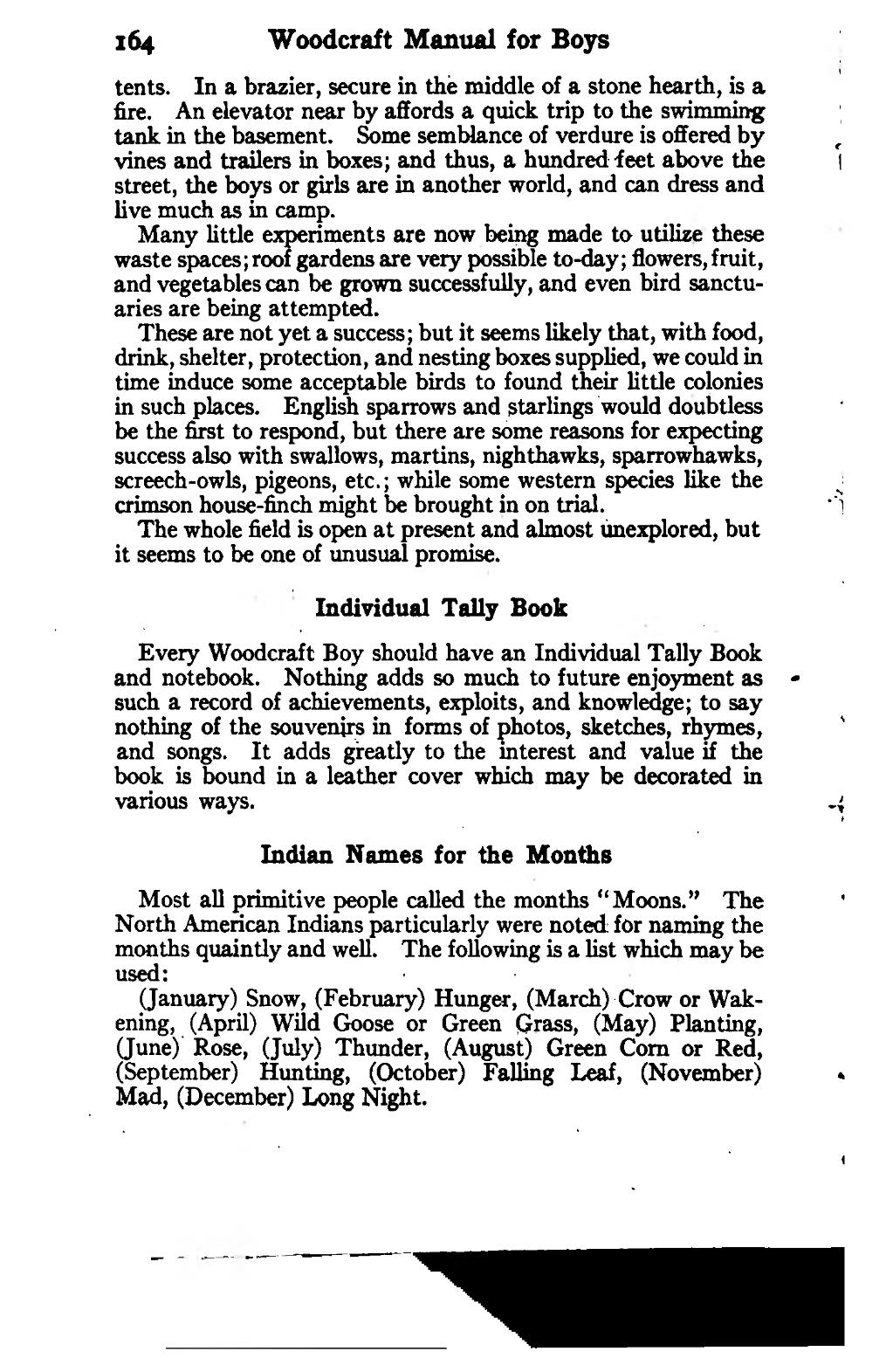