7 Things to Know and Do 163 engine is to take control of them. Second engine repeats same as soon as it has control. oooooooooo, etc. = Cattle (or persons) on the track. Air-whistle or Cord-pull: When the train is standing: Two blasts == Start. Three “ = Back. Four “ = Put on or take oﬁ brakes. Five “ = Call in ﬂagman. When the train is running: (All but the 2d are answered by a blasts) Two blasts = Stop at once. Three “ = Stop at next station. Four “ = Reduce speed. Five “ = Increase speed. Six “ = Increase steam-heat. Seven “ = Release air-brakes, or stick- ing brake. The engineer responds to these with two short toots, meaning “All right,” except in the second, when the engineer answers in three short toots. Roof Camping and Gardening In our big cities where land is so valuable that an acre com- monly brings millions of dollars, we have long been pinched for playgrounds, and Woodcraft pursuits seem out of the question. All the cry of overstocked cities is for light and space. And with all this need, we have long shut our eyes to a most obvious and abundant supply. 'In New York, congested New York, for example, there are thousands of acres of open sunlight, well-ventilated unused space, which a very slight acquaintance with Oriental or Occidental nations would have taught us to use. We refer to the ﬂat roofs of the houses. In Greater New York these must amount to nearly ten thousand acres; half at least of this oﬁers good chances for roof camps or roof gardens. . A roof camp is now being considered under the guidance of the Woodcraft League. It has ﬁrst a parapet all about, then a higher . wall of strong mesh wire. Along one side is a row of small “dog " 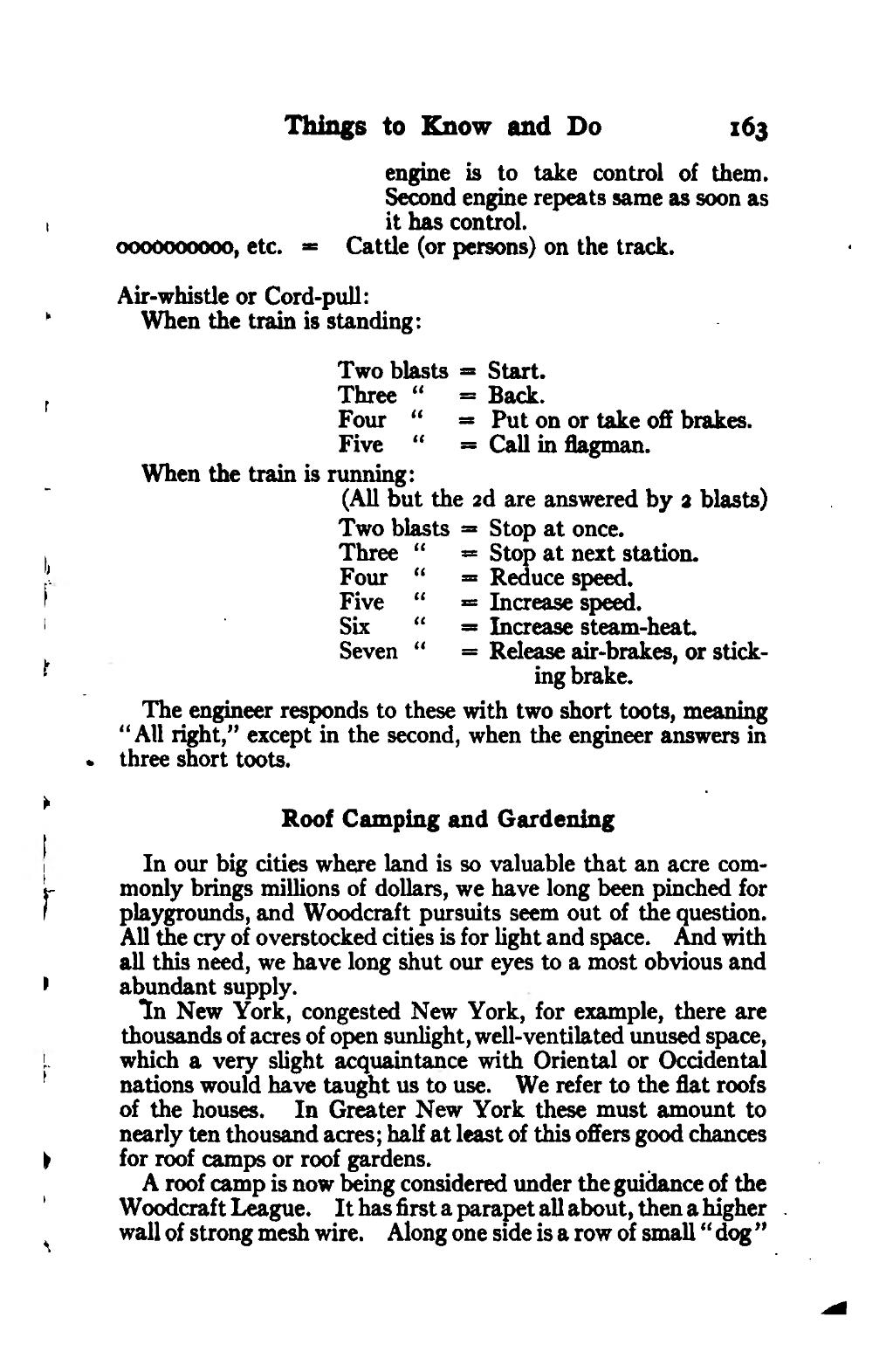