Thhgs to Know and Do

Patriotism and religion are the ﬁnest expressions in the life of man. His ﬁrst impulse in life is for self-protection, his second to protect his family, and his third to protect his land and nation. Patriotism is a love of nation which begins in self-control and family love. It compels one to forget self and do the best thing for the nation. The waving of ﬂags, the singing of hymns, the great celebrations indicate its existence. But it appears in its finest form in citizenship, when men and women strive to see that righteousness and justice are done. f It means careful study of the conditions of life existing in the nation and having thoughtful and positive opinions as to how these con- ditions may be bettered. It means casting a vote at every op- portunity for the best man and the best cause. More than this, it means doing always what you conceive to be right and in- sistence that the affairs of the community be conducted on this same principle. It means the greatest good to the greatest num— ber. It means libraries, night schools, and playgrounds, and looks after garbage disposal, hospitals, and health laws. It means the elimination of corruption in every form, whether in government, in society, or private life—it means in public life the conscience ' ‘of the individual. While patriotism and citizenship are the same to young and old, they mean one thing to a young person and more to a grown-up. To the older person they entail the serious matter of voting, of holding office, of cooperating with others in achieving good government. To the Woodcraft Boy it means duty well done in home, in school, on the playground and street, in his relations with his friends and acquaintances. It means taking seriously the club, the class, the Woodcraft Tribe— any organization to which he belongs. These things are vital, and only one who lives wisely and well as a young person will be able to do his best in maturity. Guided by these principles, a Woodcrafter, young or old, votes for the best and does not decide the 1ssue on friendship or selﬁsh in- terest. The Woodcrafter grown up always votes for the best ﬁtted, never- takes ofﬁce because it is an honor merely, but con- siders it a sacred duty. The Woodcrafter in school, club, Tribe, or other group recognizes his responsibility to see that right is 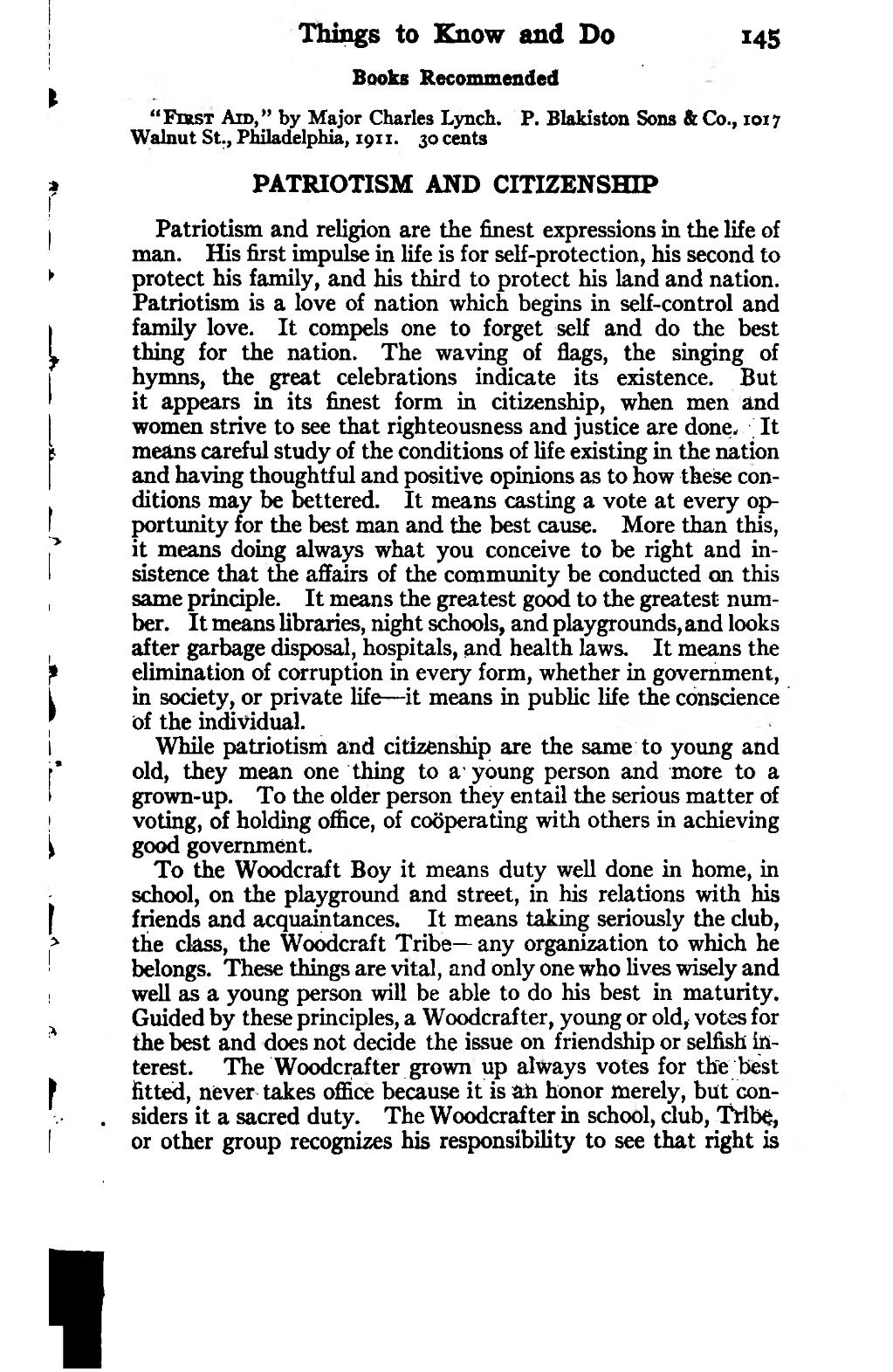