r40 Woodcraft Manual for Boys The Life Force By Dr. Valeria Parker The greatest force in the Universe is known as the Life Force. Although common to every living thing, it has never been understood by philosophers nor has it been created by scientists. We know, however, that in whatever form it manifests itself, the Life Force has three powers—~growth, assimilation, and con-‘ tinuation of its own life through new lives. This last is the great- power by which our world, with‘its many forms of plant and animal life, is renewed, throughout the ages. We call this power reproduction. In plants and animals, reproduction takes place through deﬁnite laws and at deﬁnite seasons, controlled by the force we call Nature. In human beings, reproduction, or parenthood, is governed by mind and spirit, but if uncontrolled, instead of being a force of life and happiness, it becomes a means of degradation of body, mind, and spirit, leading to destruction. Because of the great importance of the Life Force in human beings, reproductive power is not fully received until about the fourteenth year. During and after this time, special facts should be known and understood in order that the body may receive proper care and that character and self-control may be developed. Therefore, now that you have passed the years of childhood and- since you are responsible for the care of your own body and the development of your. own character you should know the special laws governing human life. When it is understood, reverenced, and guided in the right direction, the Life Force, when not concerned in parenthood, is used in strengthening the body and the mind. As this great force becomes a part of your life and is given into your keeping, it becomes your privilege to know the facts concerning it for the development of bodily strength and moral character. Some of this information you may get from books concerning which your Guide will advise you. From older persons whom you respect you may learn important truths. Never should you seek facts from those who by word or action show that they would treat lightly or even degrade the Power of Life; After you begin to understand the true meaning of manhood, you will resolve that you will hold your share in the “Life of the Ages” as a sacred trust to be used in service to others as well as the devel- opment of your own best self. .. __ -h_ -. . Ah _.l.“_ A .h__ r- { 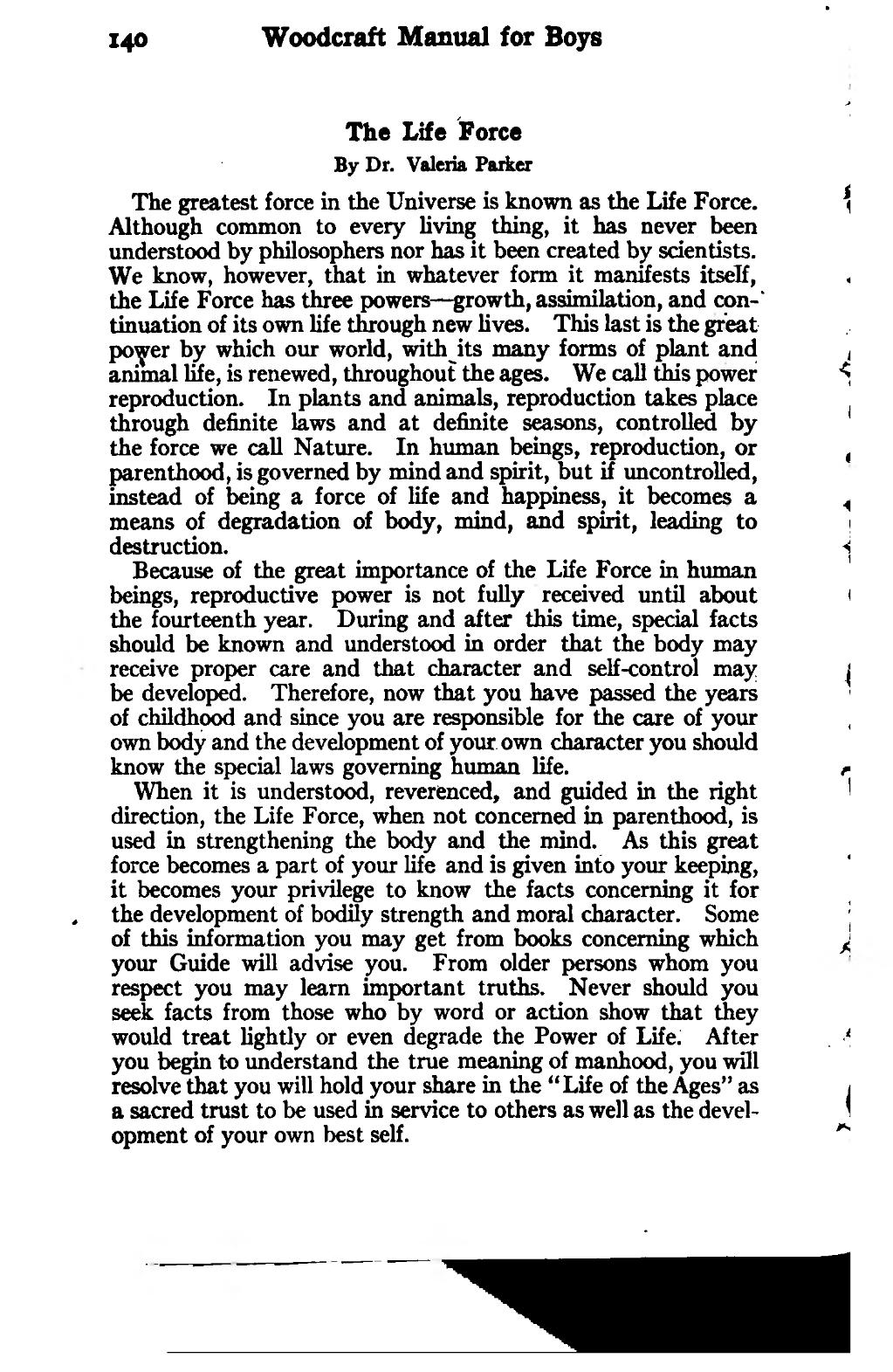