Things to Know and Do 129 a good pair of head telephone receivers must be used. A re- ceiver wound to 500 ohms resistance is good enough to receive over distances of 100 miles or so, but for longer distances each receiver should be wound to 1,000 ohms resistance. In buying your receiver be sure that it is wound with copper wire and not German silver wire, as a receiver wound with the last-named kind of wire is not nearly as sensitive as one wound with the former kind of wire though the resistance of both may be the same. Connecting Up the Receiver Having all the parts of the receiver the next thing to do is to hook them up, that is connect them together. If you intend to receive only, then connect one of the binding posts of the tuning coil with the aerial wire and connect the ground wire with one of the sliding contacts. The other sliding contact is joined to one of the binding posts of the variable condenser and the other post of the condenser leads to one of the posts of the detector, while the other post of the detector is connected with the ground wire. The telephone receiver is shunted around the detector, all of which is clearly shown in Fig. 4, when the instrument is ready to receive mes- sages. The A'érial Switch If you are going to send as well as to receive you will have to use an aérial switch, that is a specially made switch. When the lever of the switch is up the sending apparatus is cut out and the receiver is Connected to the aﬁrial and ground wires. But when the switch is down the receiver is disconnected and the sending apparatus is cut in. Operation of the Apparatus SENDING. Suppose now that the aérial switch is in the down position and that you are sending a message. . When you press down the button of the telegraph key it closes the battery, or lighting circuit, and the current flows through the primary coil of the induction coil, or transformer. - If it is a direct current the vibrator of the induction coil 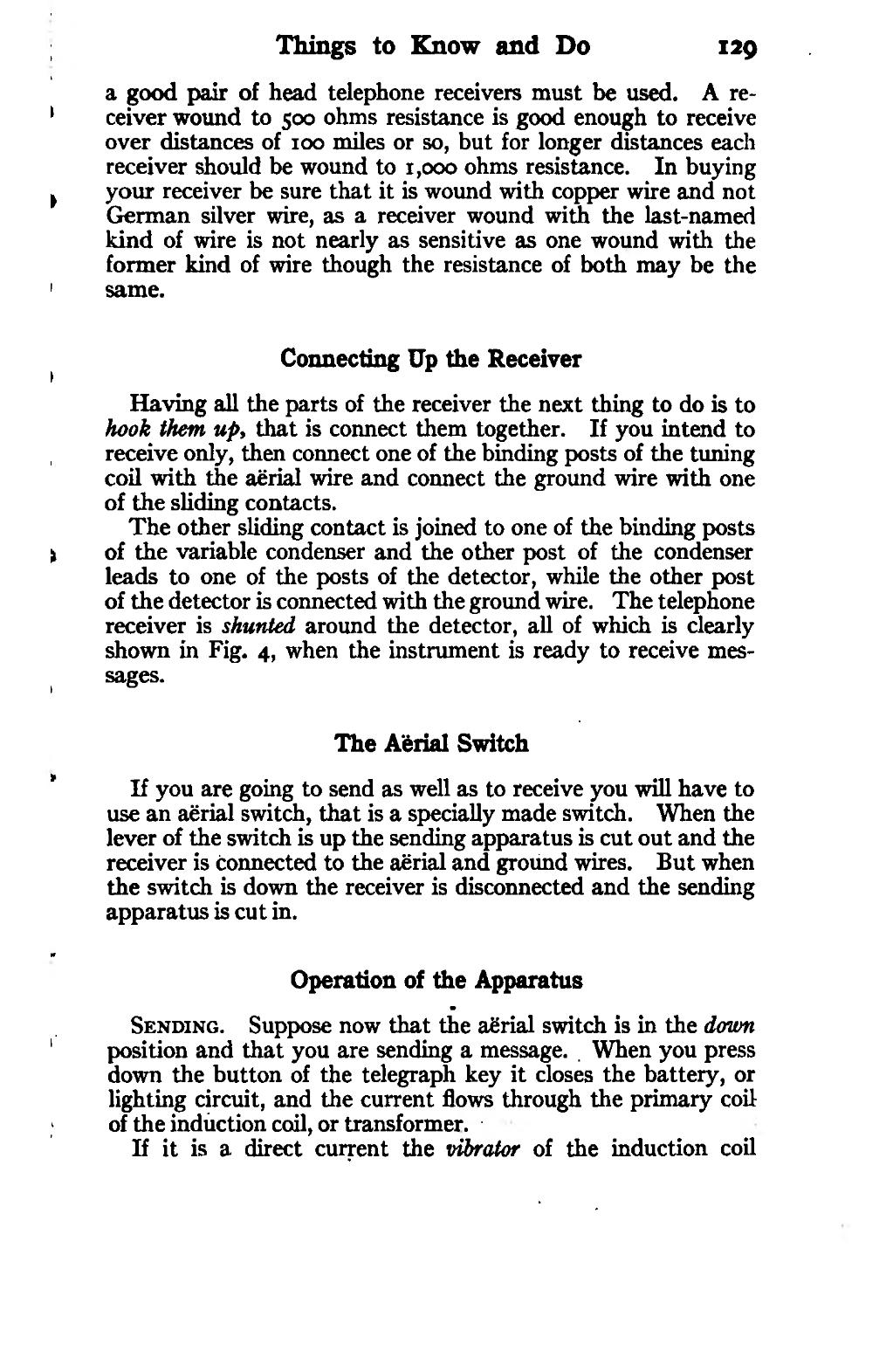