Things to Know and Do 123 WIRELESS FOR WOODCRAFTERS BY A. FREDERICK COLLINS Every Woodcrafter ought to be able to send and receive mes- sages over long distances by every known means including smoke signals, wig-wagging, heliography, and wireless, and the last named method is to'my way of thinking the most useful and interesting. There are three parts to every wireless set and these are (I) an aerial wire system, (2) a sending apparatus, and (3) a receiving apparalus; and you can buy all of it ready to put up, or if you like to use tools you can make all of the parts yourself, except the head telephone receivers, as thousands of other wireless fel- lows have done before you. The Aerial Wire System THE AERIAL. The aérial wire system, or just aerial as it is called for short, is formed of two or three No. I4 aluminum, or stranded copper w‘ires stretched as high above the ground as you can get them. These wires must be insulated from the poles, or whatever they are fastened to, and to do this six porce- E W ' AFigJ B. Fig] 29 Porcelain Insulator 4 Strain Insulator / spawns/e poem/w _ “5"” To” msumrwz C. FigJ Theﬂerial LEﬂD/NG //V INS UMTOR lain insulators, as shown at A in Fig. I, and two strain insulators, as shown at B in Fig. I, are needed. Each end of each wire, which should not be less than thirty feet long, is fastened to a 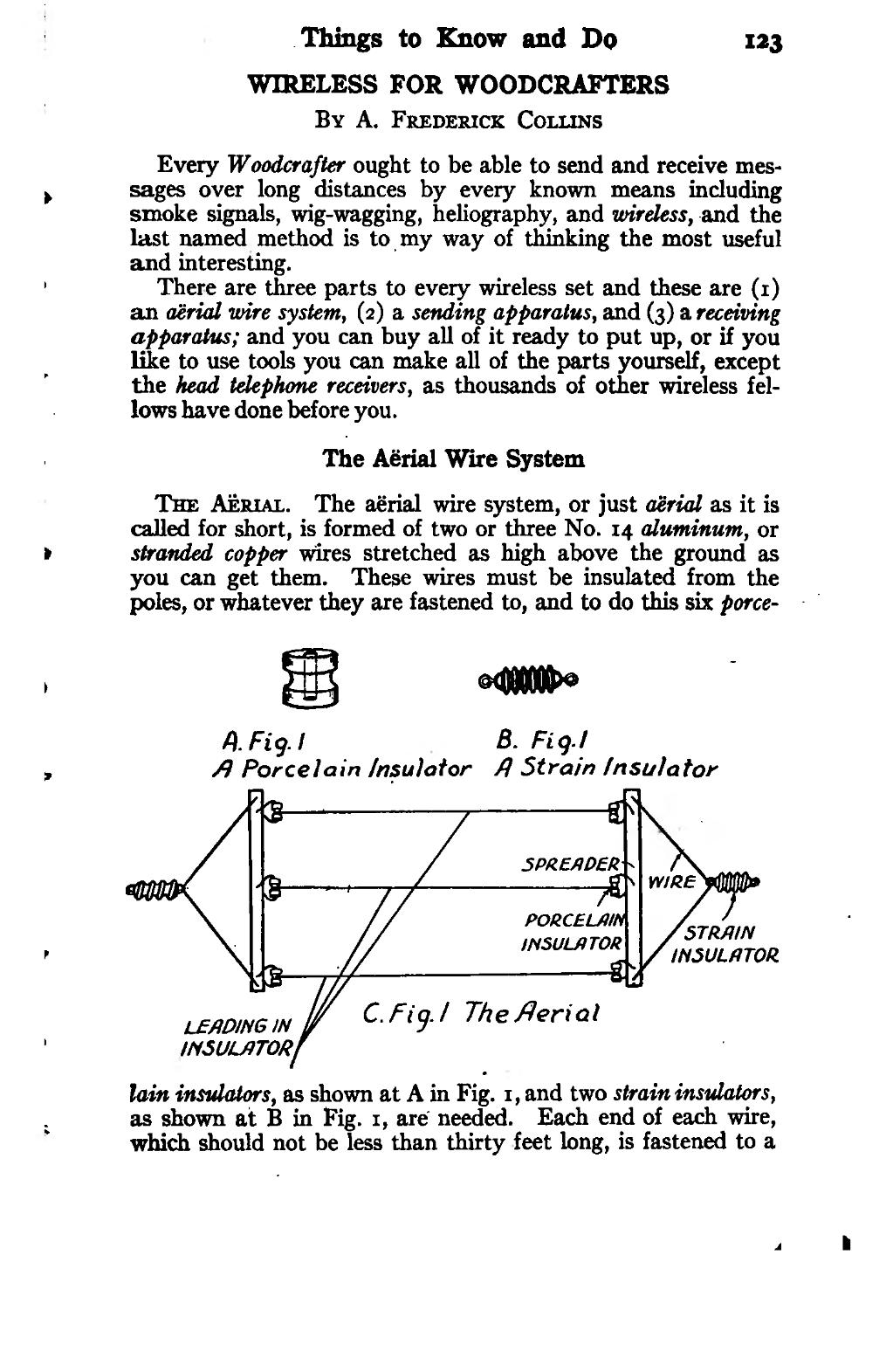