qS Woodcraft Manual for Boys Spring. The voice still dwells in it, and we feel that it has lost nothing of its earliest power when we hear it cry: "Awake, the Spring is coming! " The Twin Stars* Two-Bright-Eyes went wandering out To chase the Whippoorwill; Two-Bright-Eyes got lost and left Our teepee — oh, so still! Two-Bright-Eyes was lifted up To sparkle in the skies And look like stars — ^but we know well That that's our lost Bright-Eyes. She is looking for the camp; She Would come back if she could ; She is peeping thro' the tree-tops For the teepee in the wood. The Gitch-e 0-kok-o-hoo* After the Great Spirit had made the world and the creatures in it, he made the Gitch-e 0-kok-o-hoo. This was like an Owl, but bigger than anything else alive, and his voice was like a river plunging over a rocky ledge. He was so big that he thought he did it all himself, and was puflfed up. The Blue Jay is the mischief-maker of the woods. He is very smart and impudent; so one day when the Gitch-e 0-kok-o-hoo was making thunder in his throat, the Blue Jay said: "Pooh, Gitch-e 0-kok-o-hoo, you don't call that a big noise! You should hear Niagara; then you would never twitter again." Now Niagara was the last thing the Manitou had made; it never ceases to utter the last word of the Great Spirit in creating it: "Forever! Forever! Forever!" But Gitch-e 0-kok-o-hoo was nettled at hearing his song called a "twitter," and he said: "Niagara, Niagara! Fm sick of hearing about Niagara. I will go and silence Niagara for always." So he flew to Niagara and the Blue Jay snickered and followed to see the fun. 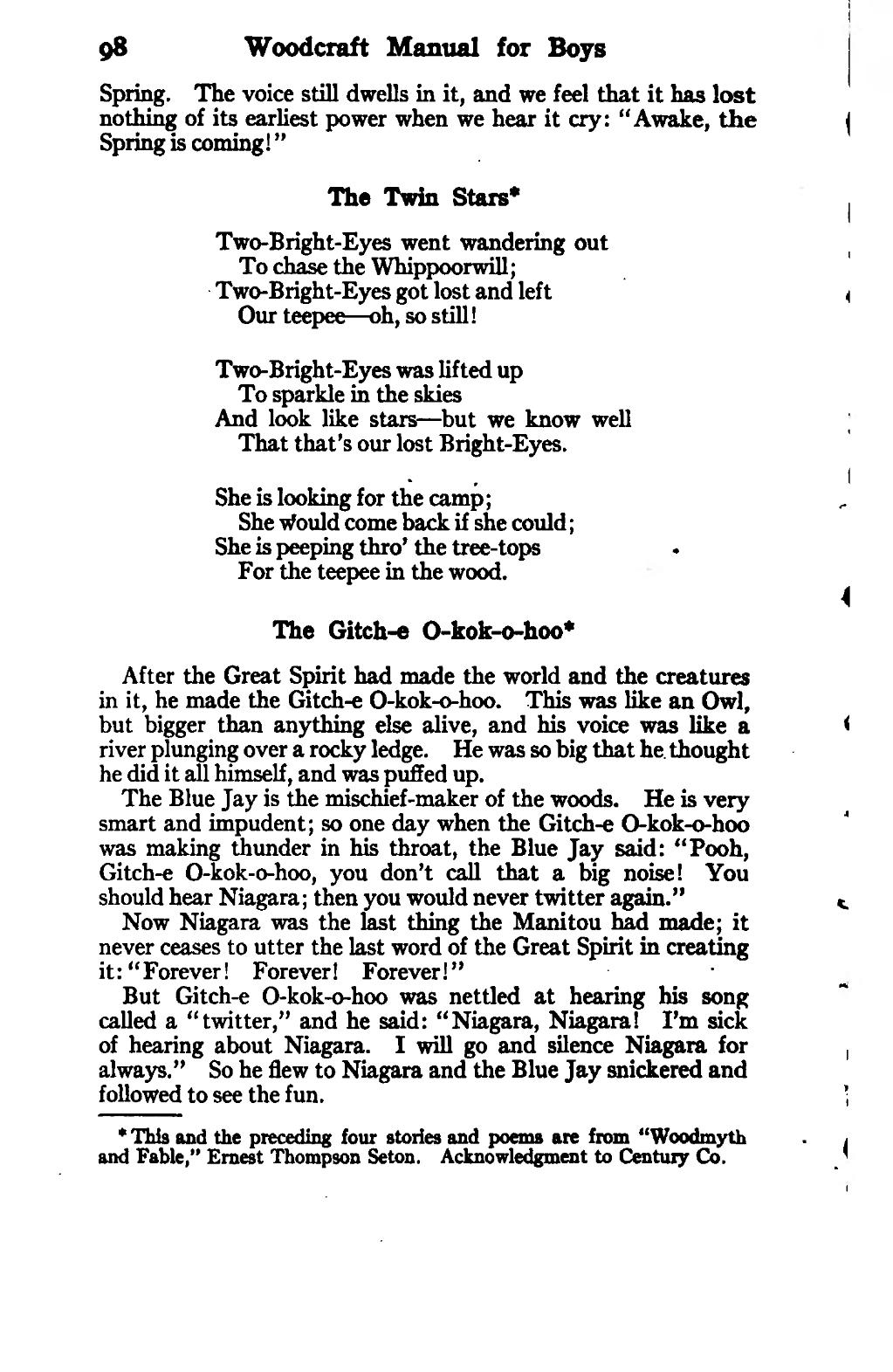