82 Woodcraft Manual for Boys First the drum gives a long roll to notify the audience the scout is coming in, then three thumps for the scout to appear. He steps into the Ring, holding the spear high in one hand, and the shield in the other. He gives a loud shout then changes the spear to the left hand with the shield (he pats his mouth with the flat right hand to make the rolling call); then dances to the two-time (Zon-zi-mon-de or Muje Mukesin will do to accompany the drum) around the ring twice, showing X)flf, as this is supposed to be in the village, swinging the spear and buckler high in the air or clashing them together; making playful passes at the spectators, tossing back his long hair or feathers streaming behind--doing aU in graceful gesture to the music. This is the show oflf in the village. Next the dancer goes on the real hunt. Crouching somewhat now, shading his eyes with his hand on the shield, listening for every sound, peering here and there, and sometimes sticking the spear into things to pick them up for examination. Thus he goes once around to two-time music. Now, at the beginning of the fourth round, he stops and starts, he has found a trail and by his action must show that he has. The music now changes to slow march time. The Vs/oodtn ShizLd c= >»€a^ (o-fooT ^onf ^Tuf s o^ h-^ir ' ' ' tUM^MfcUAMMMAAMl biykdirtq two-step dance is ended. The dancer follows an imaginary track all around, picking up leaves and trying the wind or looking for helpful signs. When at length back to the starting point, the next act begins. Suddenly he descries a deer quietly feeding, unconscious of enemies, and is all tense excitement. Now he crawls up, keeping step to the march time, putting in all possible expres- sions to teU the story, until nearly withm throwing distance, he rises, makes a "stodger" or feint with the spear, then another. 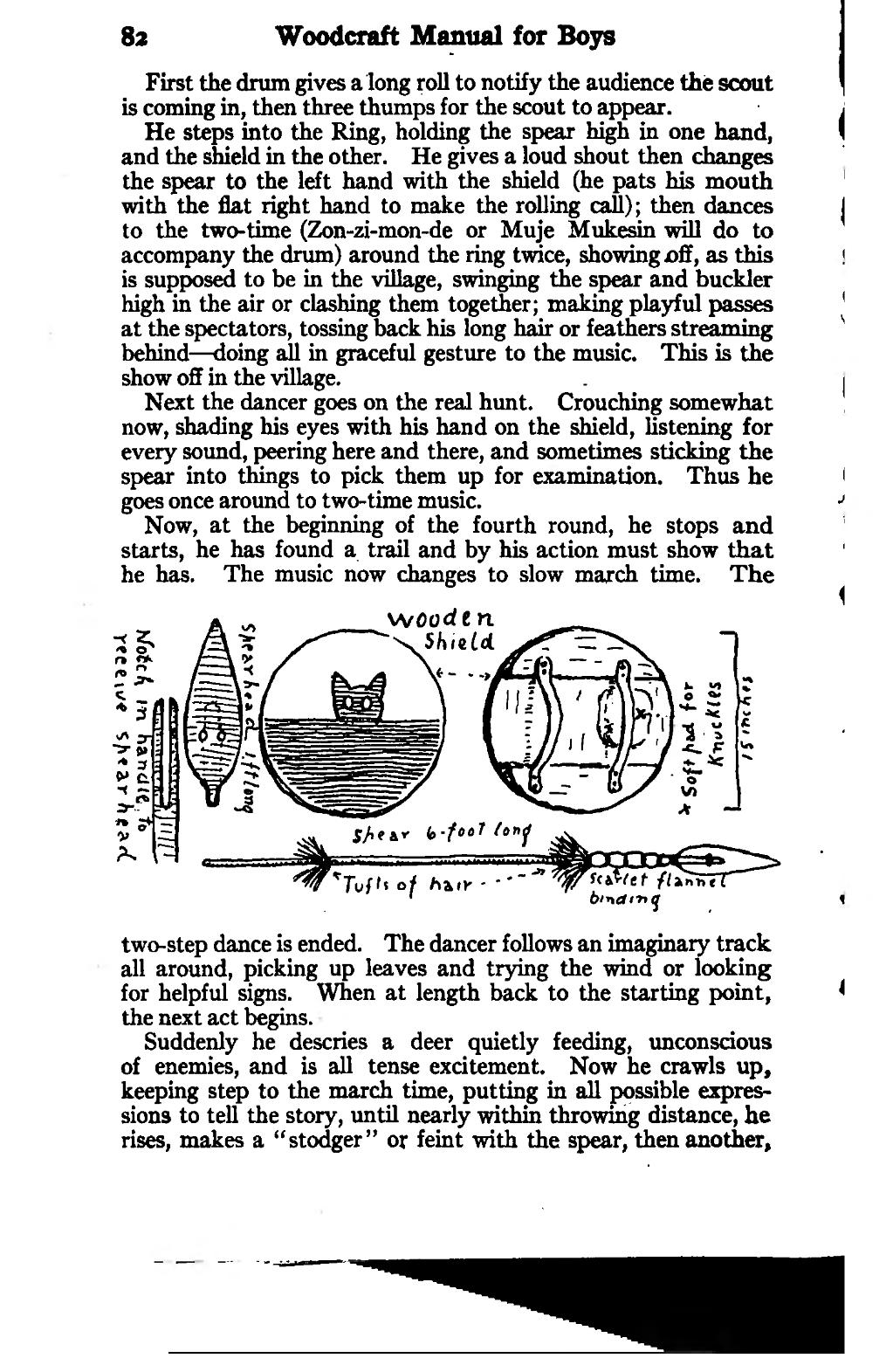