8o Woodcraft Manual for Bp3rs The one-time and ^ree-time are less frequently used and are more difficult to do. The arms and body are swayed and freely used to express the dramatic story; always, of course, rhythmically. The Storm Cloud One of the best-known native dances is the Storm Cloud, the story of the Rising Wind and the Cloud done into a dance. The first time I saw it was at an Indian village on Lake Huron, when a tall, sturdy Indian did it with a buffalo robe. But it is used widely in the west, and the weight of the robe, which is the doud, is proportional to the strength of the dancer. It is danced by one boy using a white drape for the cloud. For a child this should be of canton flannel or muslin about two yards long and a yard wide. For a stronger person a heav- ier drape, even a white blanket is sometimes used. This dance needs a large circle and should not be attempted in a small room. It portrays the strong and rising wind pla3dng with a doud, beginning slowly but ending in a cydone when the dancer spins and shrieking falls flat, while the doud settles on his face. The music is chiefly drum, sometimes only drum. Trailer means the hands raised high and wide apart holding the doud so that it floats behind. The Dip consists in beading low to one side so that one hand points straight up, and one straight down, it is given first on one side then the other, the doud floating behind. The Eagle Swoop is given every six beats and it takes three oeats to do it beginning with the hands raised in the trailer, lower the left hand to near the chest, raise the right straight up but forward, swing both down to left, then by swinging the right hand round the head and both hands into trailing position the doud swings dear. After six more beats repeat at other side. The Flying Scud or Driving Cloud thus, hold one end of the drape in left hand tight against the right shoulder, the other end in the right hand with arm fully extended and level the drape tight between the two hands, then running very fast once around wave the right hand up and down so that the doud undulates. The Double Swoop is much like the Eagle Swoop, but the dancer turns face to the right when the left hand swings over, then 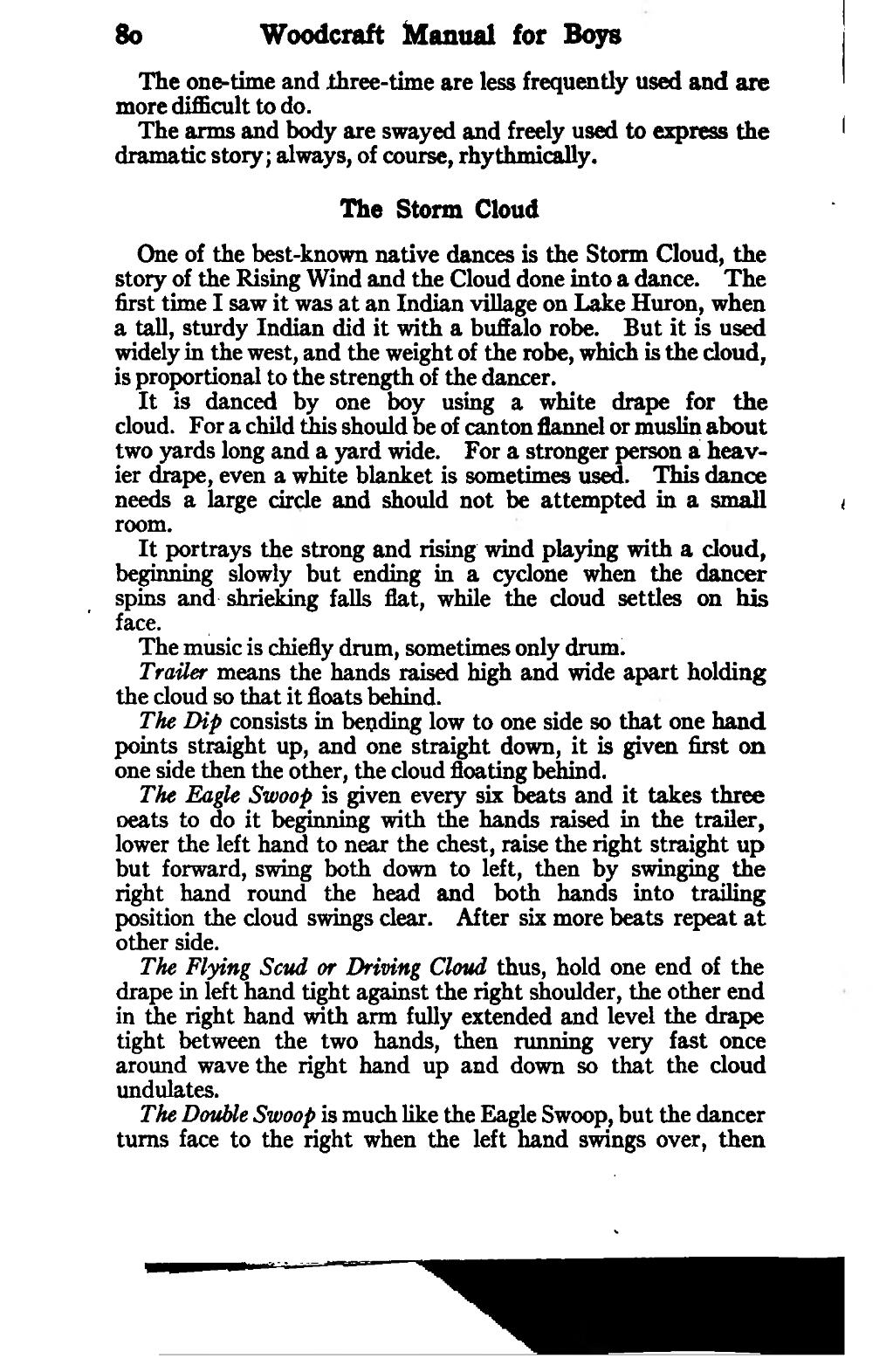