DANCmO John Ruskin surprised the worid some fifty years ago by his eloquent plea for dancing as a mental training. Our ^ucators have slowly accepted the idea and, some twenty years ago, began to seek in Europe for folk-dances that would furnish amusement combined with rhythmic exercise and the chance for dramatic expression. Many good dances were brought from England, Russia, and Hungary, etc., before we awakened to the fact that in this de- partment the richest of all lands to-day is our own country. There are more and better folk-dances in America than in any other country that we know of. There are scores of charming Indian folk-dances which the Woodcraft Boy would like to biow, a few of which are given here. They have been tried out many times and approved by leading educators. More than any others at present available, they contain the possibility of graceful movement, exercise, and dramatic expression. It is unfortunate that the crouch of one certain dance has been accepted by many of the public as the only position in the Indian dances, for it has blinded us to the real beauties of their typical performances. It is difficult for us to realize how much dancing meant to the Red Men. It figured in all their social and athletic life. The dance was a great public opportimity to either tell in pantomime historical facts or interpret ideas. The vital things of their everyday life, as well as their dramatic adventures, were pre- sented at the Council Ring through the dance. The chase, the things connected with their religion; love and hate, peace and war, were all set forth to music and movement at the Council Fire. The time most used for these dances is two-time; a heavy and light beat on the tom-tom, with or without the chant that especially belongs to each particular clance. The fundamental step is the two-step, which consists of a very short step and a short hop on each foot, with a sharp upward action of the knee. This was meant originally to jingle a string of bells or rattles that were worn on each knee. P 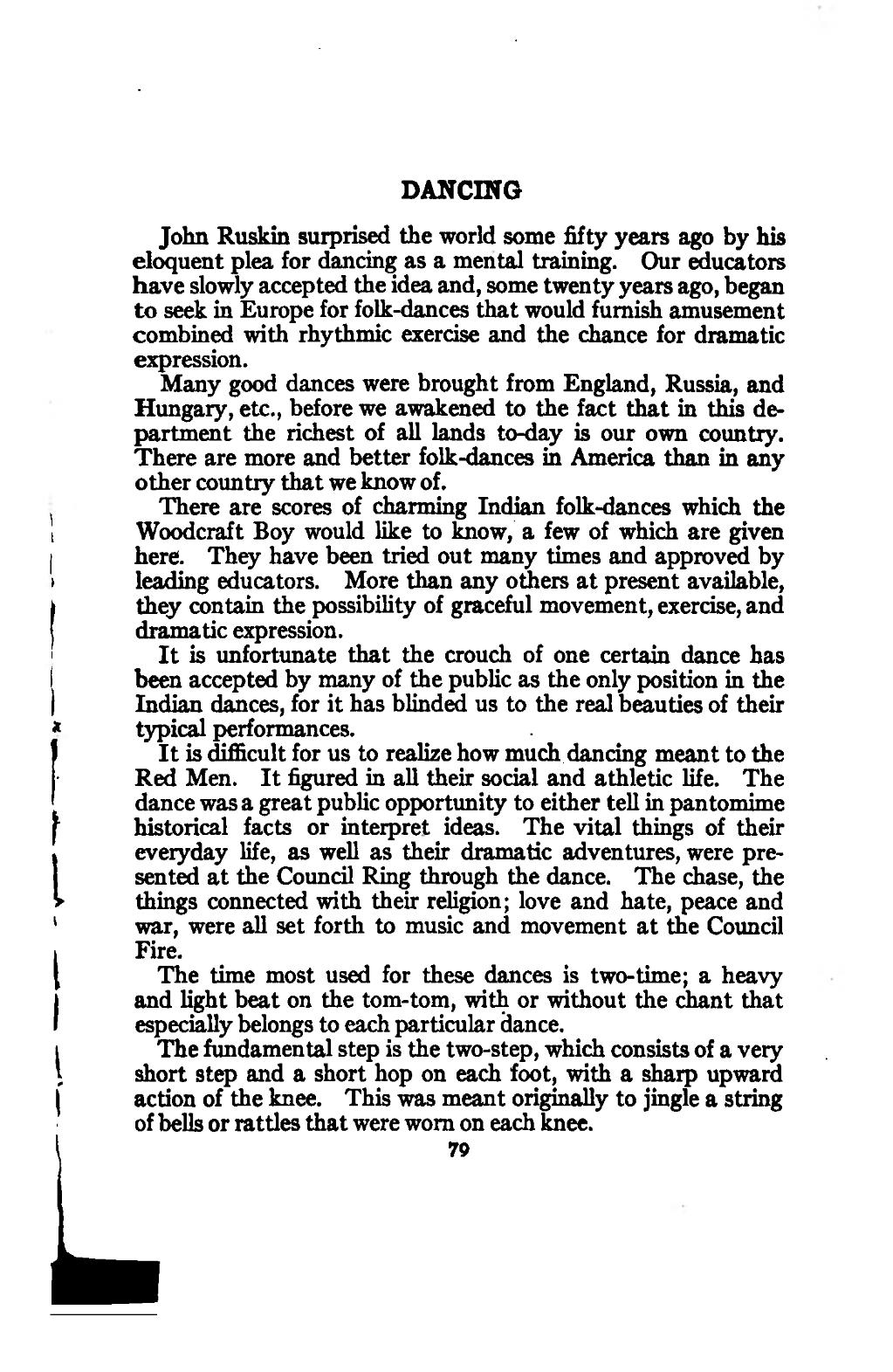