Of^ttiJiAtioii 9 Close the Council with the Omaha Tribal Prayer as all stand about the fire with hands and faces upraised. The Chief then announces, "Our Council is ended." DECOKUK or couroL In the Council no one may cross or remain within the open space, except the Chief presiding, the members speaking or performing, and the Keeper of the Fire when attending to her duties. ]^evertheless the Fire Keeper must not tend the fire at a time when it will interfere with any performance or distnct attention at an important moment. For assent or approval, we say "How"; for "No" we say "Wah"; the Chief at the "Council Rock" is addressed "O Chief," and speaks not from the chair, but from the "Council Rock." Any one wishing to speak, arises, salutes, giving the Woodcraft sign as given on page 24, says, "O Chief" and waits until the Chief recognizes her by name or gesture, thus giving the sole right of speech for the time. It is not proper to whisper in Council, nor to laugh when a serious matter is being presented, nor look around much, nor heed not the speaker, nor should one make noise or tap with one's feet or hands, or with a stick, or chew or eat or lounge about, or lie down, nor turn tc loci: when some one arrives late, but in all ways act as though each speaker were great and important, however much she may be otherwise. For this is good manners. The order of ceremony for Grand Council is found on page 25. INDOOR COUNCIL In the Indoor Council use the Four Fires, as illustrated, consisting of a flat centre 18 x 18 mches, decorated with animals to represent the four cor- ners of the earth. In the centre should be placed a shallow earthen dish to act as a fire bowl to hold the fire after it has been made by the rubbmg sticks or matches. Around this central fire are placed f'^ur pottery socketaior 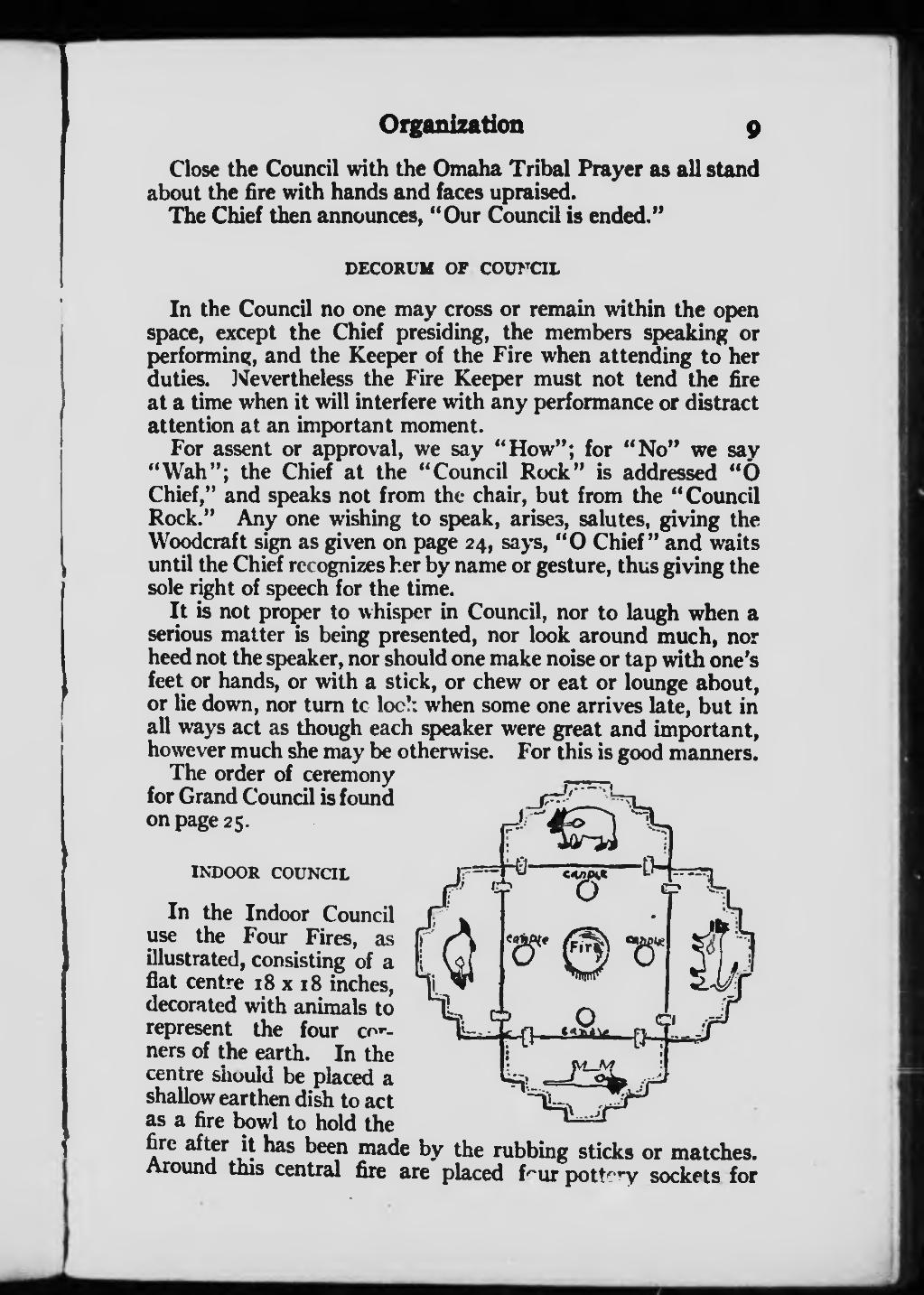