APPENDIX BOY SCOUT EQUIPMENT As stated in the chapter on "Scoutcraft," for the convenience of boys who wish to secure uniforms or other equipment, the National Council has made arrangements with certa/n manu- facturers to furnish such parts of the equipment as axe most needed by boys. A number of these manufacturers have taken advertising space in this book and it is desired that in case goods are ordered as a result of their advertisement they be informed of the fact. Some of them have made arrangements for the distribution of material through Mr. Sigmund Eisner, of Red Bank, New Jersey, who has the contract for making the official uniforms. It should be remembered at all times that the sole purpose of the National Council in entering into any arrangement what- ever with manufacturers is to secure a low price on the very best mo. ter'ml possible. The manufacturers have agreed to sell all the material listed in this book at a uniform price in all parts of the country. In case local dealers or agents for the ' National Outfitter ask a price different from that given in the price llst herewith, National Headquarters should be notified. Every effort is made to have all parts of the uniform and equipment available to scouts through local dealers. If such arrangements have not been made in your community, the National Headquarters will be g10A to help in making such an' arrangement. Many scout masters prefer to order uniforms and other supplies direct from National Headquarters. In order to cover the expense involved in handling these supplies, the manufacturers in some cases have agreed to allow National Headquarters the same trade discount allowed to local dealers. Trade through National Headquaxters, if sufficiently large, will help to meet a part of the current expenses of the National Organization. In t.:h?s suggested list of equipment all articles marked with a star (*? ?ay be secured either through a local dealer or by 350 Di?itiz?cl by (?00g[C 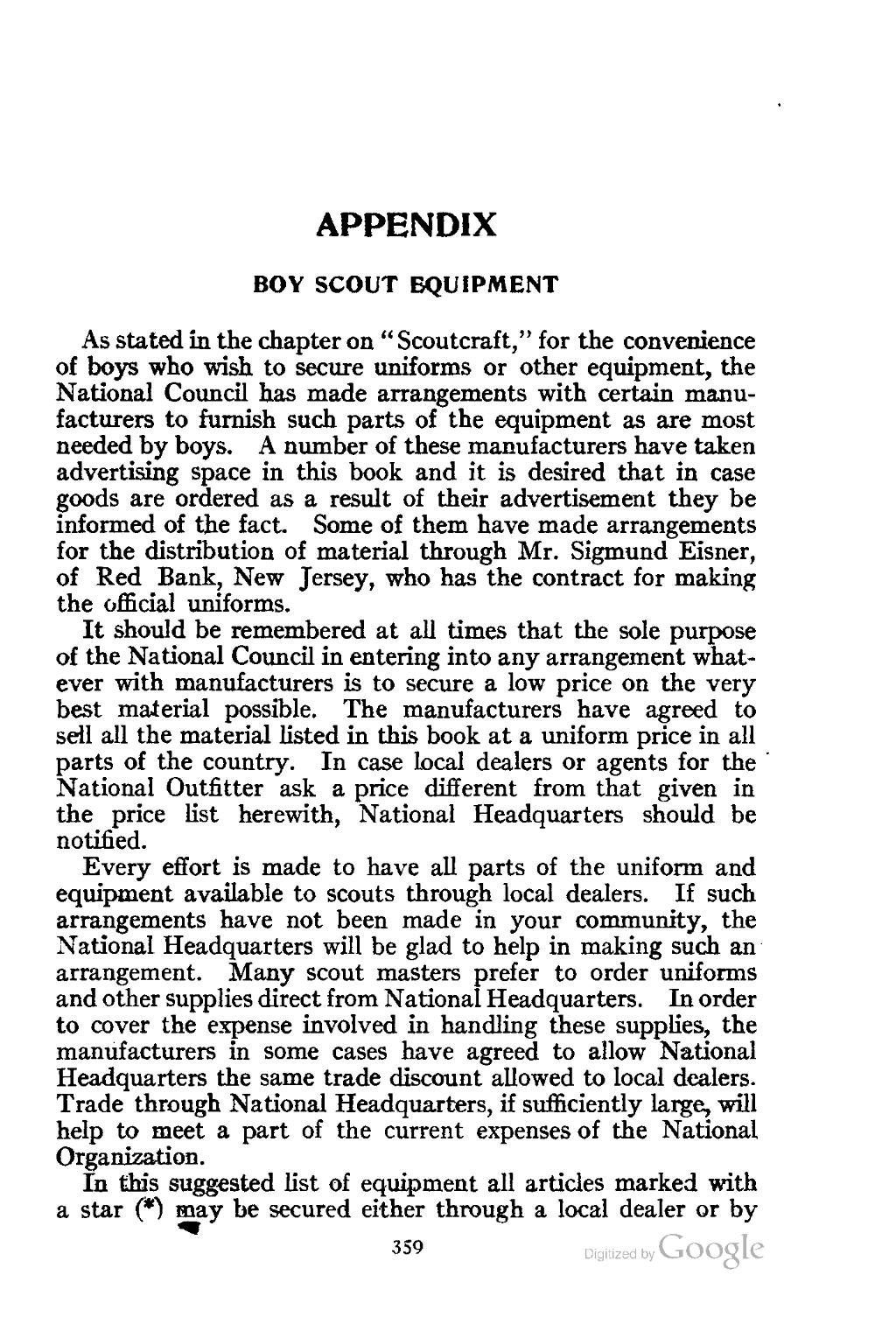