350 Boy Scouts the business of gambling, for instance, is made unl?whd? also why the government had the right to malre lotteries lawful; also why some states (for instance New York) have passed laws making book-making at race tracks unlawful. For all of these things degrade and do not upb?fild mankind. It is for every one then, to apply this principle to the town, village or city in which he lives, and determine just what stand he take as to endorsing and protecting such business interests in his community. One is likely to find in any community men who seem to care nothing for any interests other than their own. They stand for property rights because it is for their interest to do so; but for the rights of ?d, the rights of society, apparently they care nothing. Here is the dis- tinction then between the good citizen, and the bad citizen, the desirable and "the undesirable" citizen. Practical Citizenship In nearly every town, village, and city of any size or im- portance, there is at least one individu.?l, and usually groups of individuals, working for the "betterment of society." They are people who take an interest in the people about them and do what they can to improve the conditions of life in the com- munity. If one were to take a survey of the whole country and make a study of the social workers- the men and the women who give freely of their time and of their money to make the world a better and happier place to Hve in -- he would come to see that such service is a kind of service that grows out of the heart, and is the fruit of the kindly spirit which prompts the "good turn daily." In doing the "good turn daily," then, one bas abundant opportunity to do his part toward the social betterment of the community in which he lives. There are so many ways that one hardly knows what to write down as the most important, because all are important. It is not alone in big things, but in the little things as well, that the really great work is done. The community -- the town, the village, or the city in which one lives --has many problems to solve. The streets in the community are always interesting and one can do much in the streets to help keep them dean, attractive, and pleasing, as well as sa/e for the people and horses passing through. In a city where there is a large population the lives o the people are in greater danger at all times than in the country, and that is the reason why the city has to be so orga? in its govern- ment that it can make special laws, or ordinanc, e? as t?ey are vigitiz?d byk?OO?lC 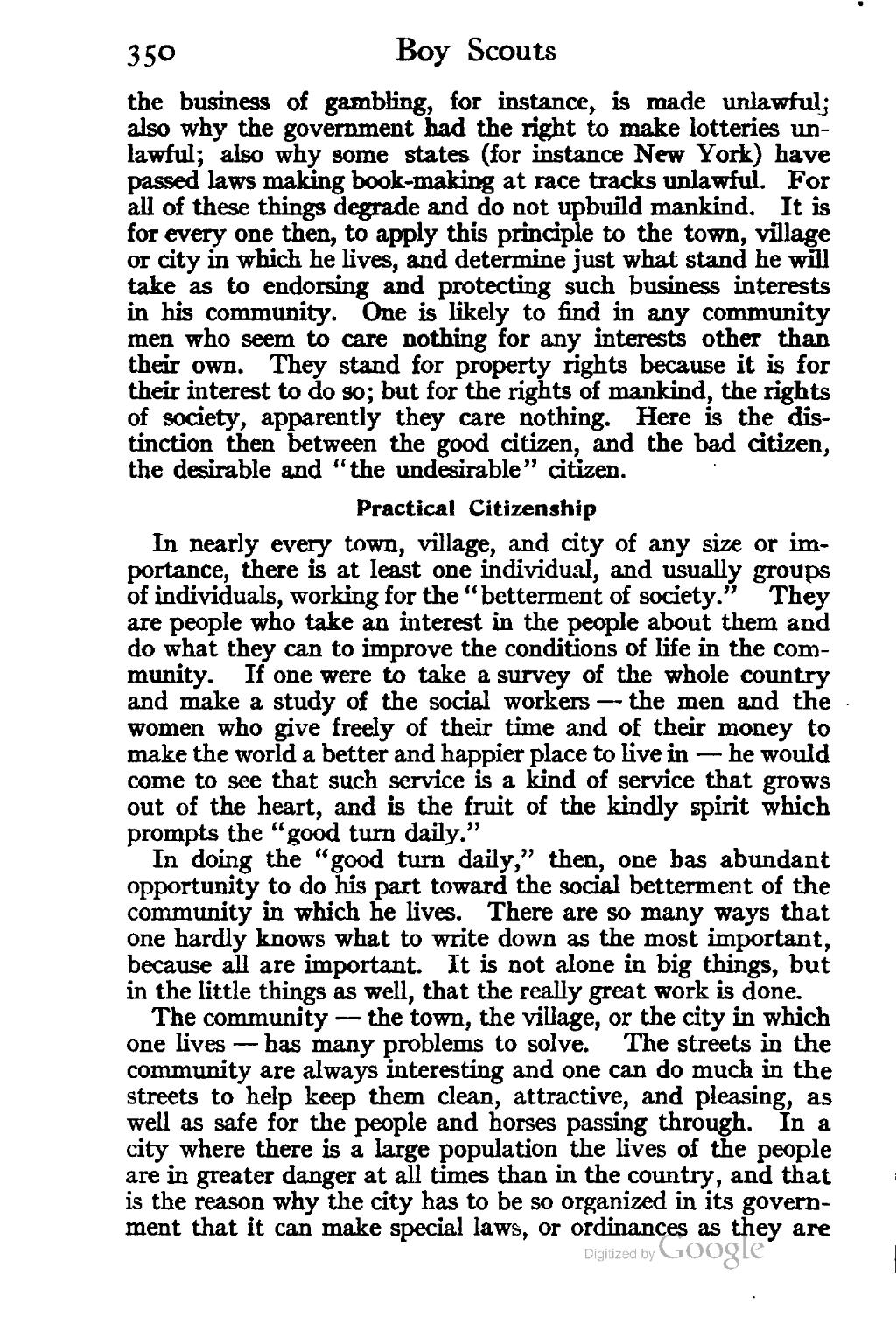