Boy Scouts Siberian Man Hunt One scout as fugitive runs away across the snow in any direc- tion he may please until he finds a good hiding place, and there ?onceals hlm.?eN. The remainder, after giving him twenty minutes' start or more, proceed to follow him by his tracks. As they approach his hiding place, he shoots at them with snow- b?!!s? and every one that is.struck must fall out.dead.: The fugitive must be struck three times before he is counted dead. Hare and Hounds Two or more persons representing the hares, and provided with a large q-?mtity of corn, are given a start of several minutes and run a certain length of time, then return by another route to the starting point, all the time scattering corn in their path. After the lapse of the number of minutes' handicap given the hares, those representing the hounds start in pursuit, following by the corn and trying to catch the hares before they reach the starting-point in returning. The handicap given the hares should be small, depending on the running abilities of the hares and hounds. The fastest runners are usually picked for the hounds. Chalk the Arrow This is usually played in the city streets, one player rnnning and trying to keep out of sight of the others who follow. The runner is given time to disappear around the first comer before the others start after him, and at every corner he tums he marks (with chalk) an arrow pointing in the direction he takes. Those pursuing follow by the arrow, the first one seeing him berg the runner for the next time. This may also be played by having any number run and only one follow, the first becoming "it" for the next time. Dodge Ball Of any number of players, half of that number form a circle, while the other half stand ins/de of the ring (centre) facing outward. Now, the ga?e for those in the centre is to dodge the ball which is thrown by any of those form- ing the circle with the intention of S?,gr?,?u?gq?J?re ones 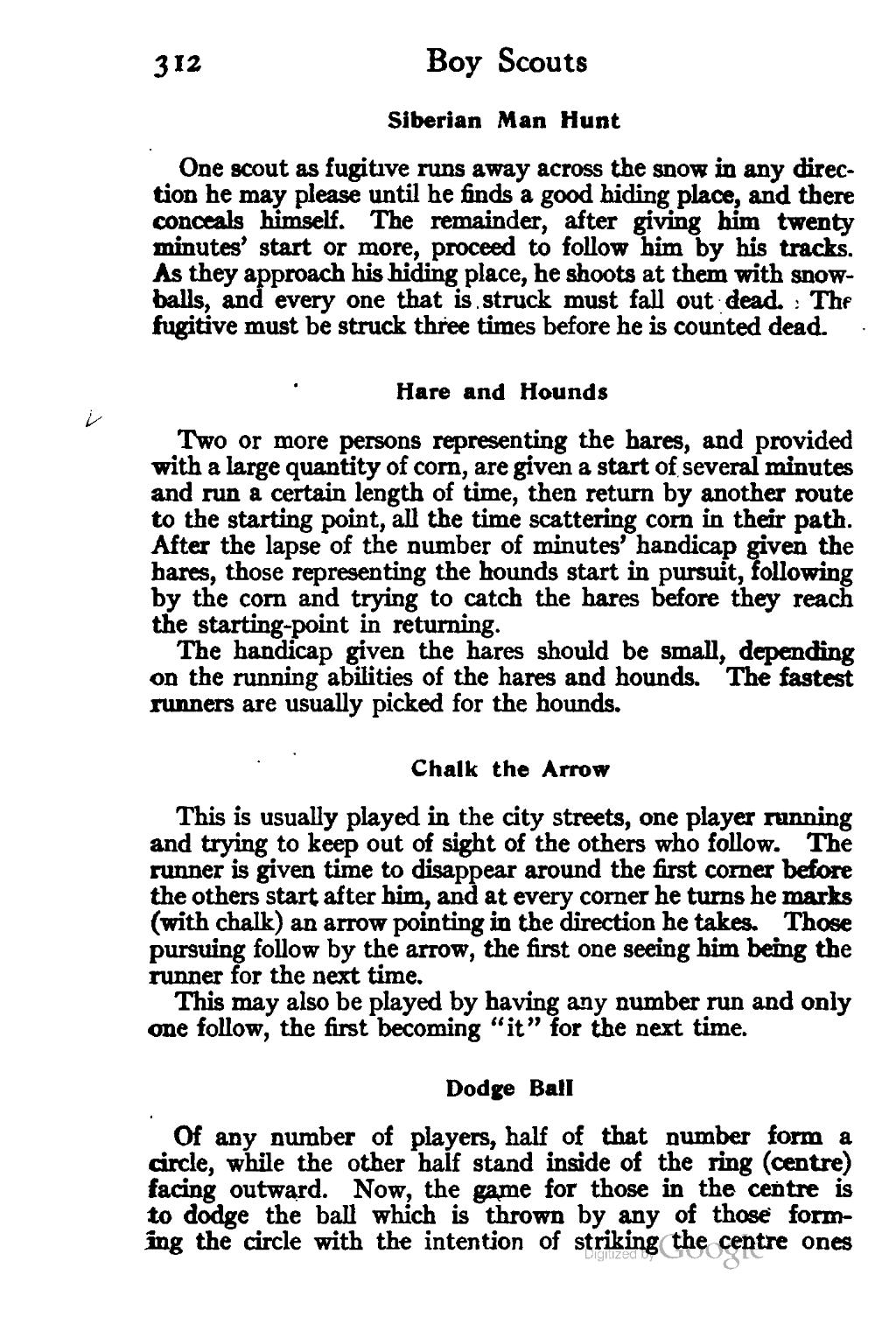