x4 z Boy Scouts bushy tail are familiar to all eastern children. It is found in most of the hardwood timber east of the Mississippi and south of the Ottawa River and the State of Maine. Most of the nut trees in the woods of this region were planted by the gray-squirrel. Black Bear ( Ursus a?ericanus) This is the common bear of America. It is known at once by its jet black color and brown nose. Its claws are short, rarely over an inch long, and curved, serving better as dimbets than do the long claws of the grizzly. Two hundred pounds would be a good sized female, three htmdred a male; but Florida black bears have been taken weighing five hundred pounds. Sometime? freaks with cinna- mon-brown coats are found. This bear is found throughout North America wherever there is timber. NOTES 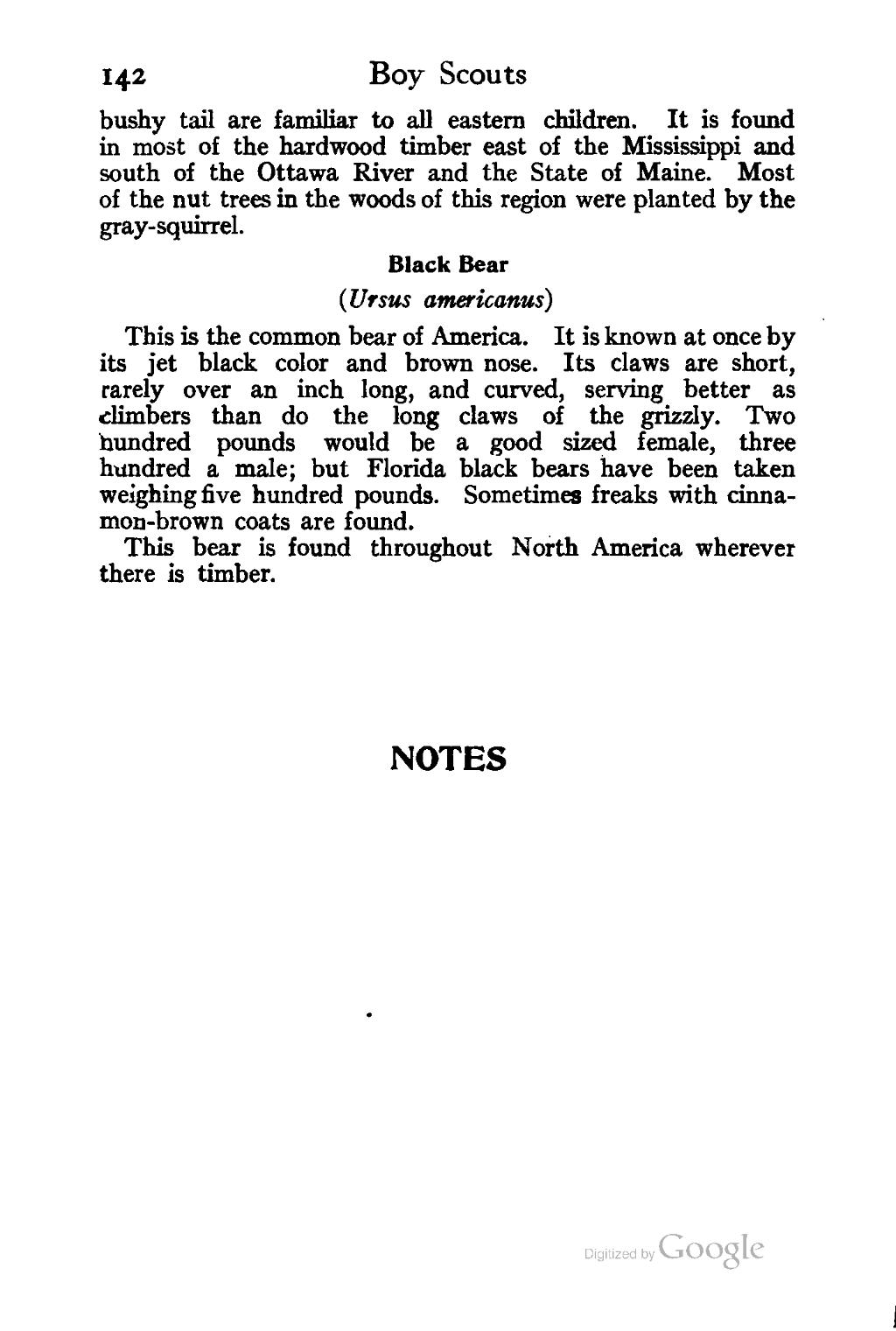