I I8 Boy Scouts d/fierent habits and characteristics inhabiting the elevated re- gions of this same zone. It must be remembered that even under the tropics some of the highest mount?in.? carry a per- petual snow-cap. There is therefore all possible gradations of climate from sea-level to the top of such moun?in_.% even at the equator, a?d plant life is as a result as var/ed as is climate. Each zone, whether determined by latitude or by alt/tude, possesses a distinctive flora. But altitude and latitude are not the only factors which have been instrumental in determining the plants found in any particular locality. This old earth of our? has noi always been as we see her to-day. The nature we know and observe is quite different from that which e?ted in earlier ages of the earth's history. The plants, the trees, aad the flowers that existed upon the earth during the age when our coal was being deposited were very different from those we now have. There ha? been a change, but, strange as it may seem, there are in some places upon the earth to-day some of the same species of phmts which were abundsn during the coal-formlng periods. These axe among the oldest representatives of the plant world now extant. Then we are told that there was a period when the north temperate zone was covered with a great ice field which crowded down as fax as southern Pannsylvauia and central Ohio. Tkis naturally brought about a profound change in the location and character of the plants of this region. There axe in the Black Hills of Dakota species of plants which have no relatives anywhere in the prairie region, and no means is known by which these representatives of a Rocky Mountain family could find their way into the Black Hills, save that, previous to the ice age, thi.? species was generally scattered over the territory, and that, during the ice age, the spedes was per- petuated in the hill% but was killed out between there and the Rocky Mountains where it is found in abundance. These are some of the natural reasons for the existence of varied plants in different localities. They axe sufficient to explain the reason for the existence of local floras. But nature has provided untold ways for the perpetuation as well as the dispersal of plants for the purpose of, so far as possible, enabling the plants of the world to take possession of all parts of the eaxth's surface. If this adjustment were complete, the plants would be practically ?llke all over the surface of the eaxth, but we have already explained why this cannot be and why we have a different flo?. ?in? _epoch zone, whether it be marked by lines of la?i?ade?? of the 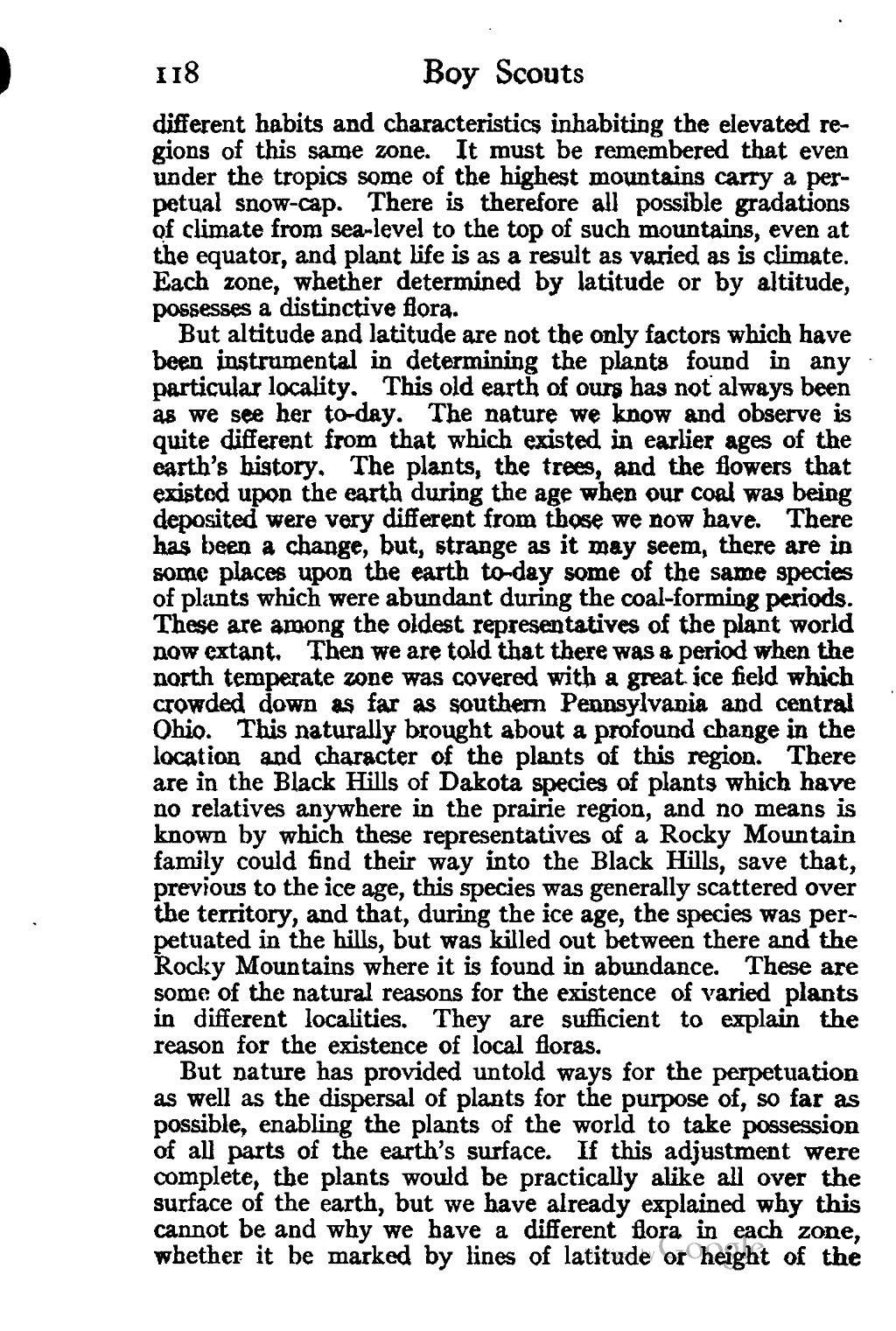