Woodcraft x 17 smoother and rounder oufiines, as compared with those farther south where the land has been carved only by rain and streams. Along the coast the wearing away of the land by waves is shown at cliffs, found where the coast is high, and by the abundant pebbles on the beaches, which are built of material torn from the land by the waves. Sand bars and tidal fiats show the deposition of material brought by streams and spread out by currents. Sand dunes and barrens illustrate the carry- ing and spreading out of fine material by the wind. In many regions the beds of sedimentary rocks, which must have been nearly horizontal when formed, are now found slo- ping at various angles or standing on edge, the result of slow de- forming of these beds at an earlier time. As some beds a?e more easily worn away than others, the hills and valleys in such regions owe their form and posit/on largely to the different extent to which the harder and softer beds have been worn down by weather and by streams. The irregular line of many coasts is likew/se due to the different hardness of the rocks along the shore. It is by the study of the rocks and of the remalna of life found in them, by observing the way in which the surface of the earth is being Changed and examining the results of those changes and by concluding that similar results were produced ?/la former times in the same way, that geologists are able to much of the past history of the earth? uncounted years there were men upon it. Plants, Ferns, and Orasses ?L. C. Co?b?, Horti?ulturlsi, United $tate? Bureau of Plant Industry appearance of the blossoms and fru/ts of the fields and in any locality note the advent and progress of the more accurately than does the calendar. Plants and have lain asleep during the winter are awakened by the birth of a month, but by the return of heat and in proper proportions. This may be early one year late another, but, no matter what the calendar says? the to the call and give evidence of spring? summer, Illthran as the case may be. The surface of the earth is not We have valleys and we have mountaim; we have torr/d we have temperate zones. The plant life of the world been adjusted to these varied condit/ons? and as a result have plants with certain character/st/cs growinl?!?il?.?t? trop/cs at? sea-level, but a very different class'?ft?ar?l?u? ? 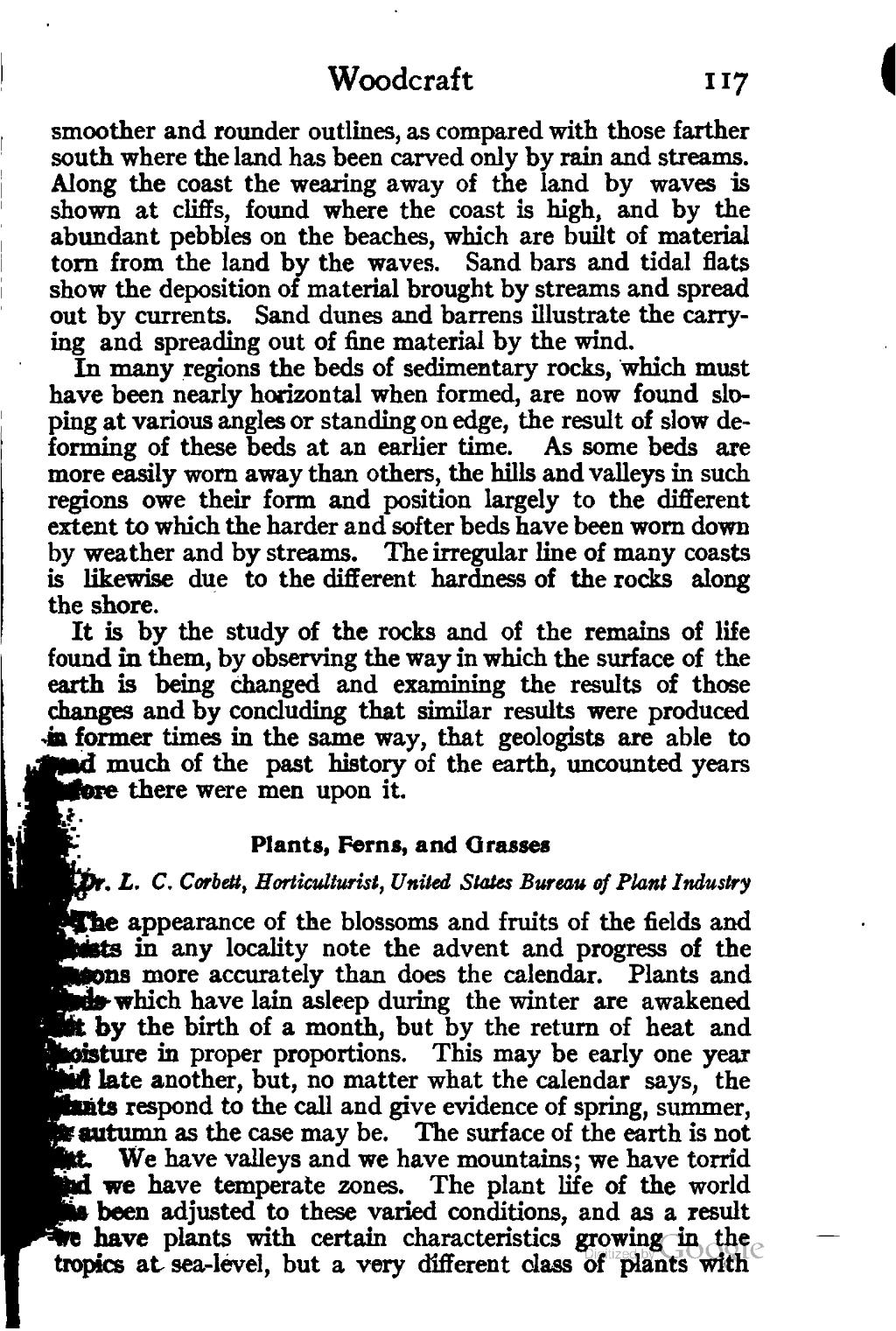