Woodcraft' 95 only at night, and nearly all our American kinds' live under. cover of some sort., The mollusks elm be conveniently divided 'into three groups: those which inhabit freak water, those which breathe air and live on dry land, and lastly those which are. 'confined to..the sea. The !and shells, or s!milsr h?,ve generally thin shells of spiral form and live up on vegetable matter, many of them laying small eggs which ,10ok like minute-pearls. Their .hiding places, are under leaves 'in. shady or moist places, under the bark of dead trees or stumps, or under loose stone. They creep.slowly and are. most tive after rain..Some of our larger kinds are an inch or.two in diameter, (see Fig. x., the white-lipped) but from this size there are others di- minishing in size to the smallest, which are hardly larger than the head of a pin. In collecting them th6 Httle ones may be allowed to dry Whelk (Buczlnurn up. ? The big ones must be killed in boiling water, when the animal can be pulled out with a hook made of a crooked pin, leaving the shell clean and perfect_ The slugs are not attract- ive on account of the ,slime which they throw out and can. only be kept in spirits. Some of the spedes found in Cai?o?a are as large as a small cigar? . but those of the states east.of the Rocky Moun- tains are smaller and .have mostly been intro- duced.from .Europe,- where. they do a lot of mis- chief by eating such garden plants as lettuce. Many of the freshwater snails are abundant in. brooks and ponds, and their relations, the fresh-water. mussels, are often very numerous in shallow rivers. They have a shell frequently Fig. $ beautifully pearly, white or. purple, and some- Pond snail (/;y- times have the brown outer skin prettily streaked mm?a palustris) with bright green. The principal fresh-water snails are the pond snail (Lymnaea; see Fig. 3); the Physa (see Fig. 6), which is remarkable for tinring the coil turned to the left instead of the right; and the orb-snail, (Planorb. is: see Fig. 4) which has its 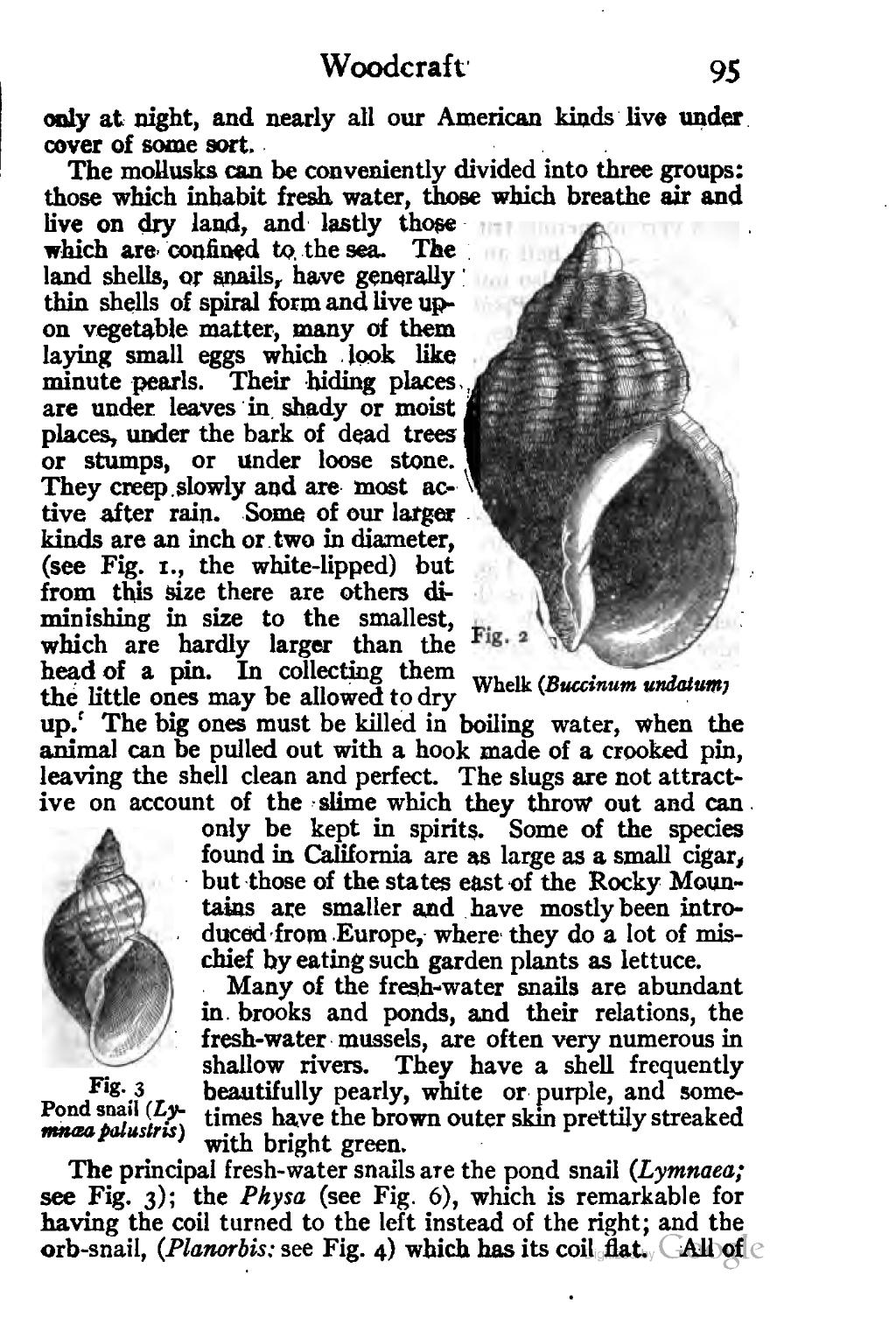