66 BOY SCOUTS OF AMERICA Sudden heat brings thunder. A storm that comes against the wind is always a thunder- storm. The oak and the ash draw Hghtning, Under the birch and bal- sam you are safe. East wind brings rain. West wind brings clear, bright, cool weather. North wind brings cold. South wind brings heat. (On Atlantic coast.) The rain-crow or cuckoo (both species) is supposed by all hunters to foretell rain, when its Kow, kow, kow " is long and hard. So, also, the tree-frog cries before rain. Swallows flying low is a sign of rain; high, of clearing weather.

What weighs an ounce in the morning, weighs a pound at night. A pint is a pound the whole world round. Allah reckons not against a man's allotted time the days he spends in the chase. If there's only one, it isn't a track, it's an accident. Better safe than sorry. No smoke without fire. ^ The blue jay doesn't scream without reason. The worm don't see nuffin pretty 'bout de robin's song. — (Darkey.) Ducks flying overhead in the woods are generally pointed for water. If the turtles on a log are dry, they have been there half an hour or more, which means no one has been near to alarm them. Cobwebs across a hole mean nothing inside. 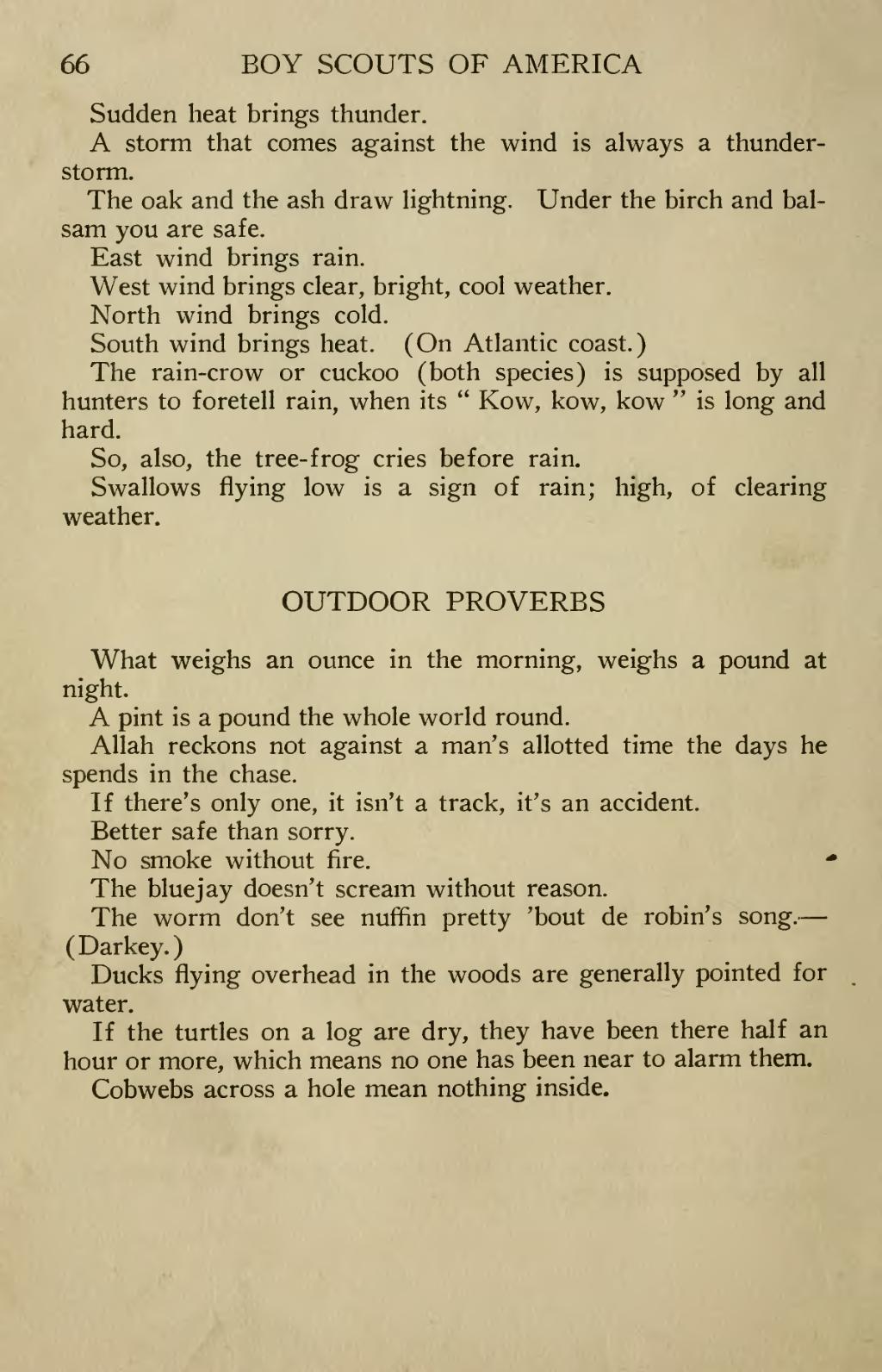