BOY SCOUTS OF AMERICA 43 So with boys; if you try to preach to them what you consider elevating- matter you won't catch them. Any obvious " goody- goody " will scare away the more spirited among them, and those are the ones you want to get hold of. The only way is to hold out something that really attracts and interests them. And I think you will find that scouting does this. You can afterwards season it with what you want them to have. To get a hold on your boys you must be their friend; but don't be in too great a hurry at first to gain this footing until they have got over their shyness of you. Mr. F. D. How, in his " Book of the Child," sums up the right course in the following story : — " A man whose daily walk led him down a certain dingy street saw a tiny boy with grimy face and badly-developed limbs playing with a banana-skin in the gutter. The man nodded to him — the boy shrank away in terror. Next day the man nodded again. The boy had decided there was nothing to be afraid of, and spat at the man. Next day the little fellow only stared. The day after he shouted " Hi ! " as the man went on. In time the little fellow smiled back at the greeting which he now began to expect. Finally the triumph was complete when the boy— a tiny chap — was waiting at the corner and seized the man's fingers in his dirty little fist. It was a dismal street, but it became one of the very brightest spots in all that man's life."

In the Handbook I suggest as subjects to teach your boys such things as Observation of Details, and consequently ability to read character, and thereby to gain sym.pathy ; the value of patience and cheery good temper; the duty of giving up some of one's time and pleasure for helping one's country and fellow-men ; and the inner meaning of our motto, " Be Prepared." But as you come to teach these things you will very soon find (unless you are a ready-made angel) that you are acquiring them yourself all the time. You must "Be Prepared " yourself for disappointments at 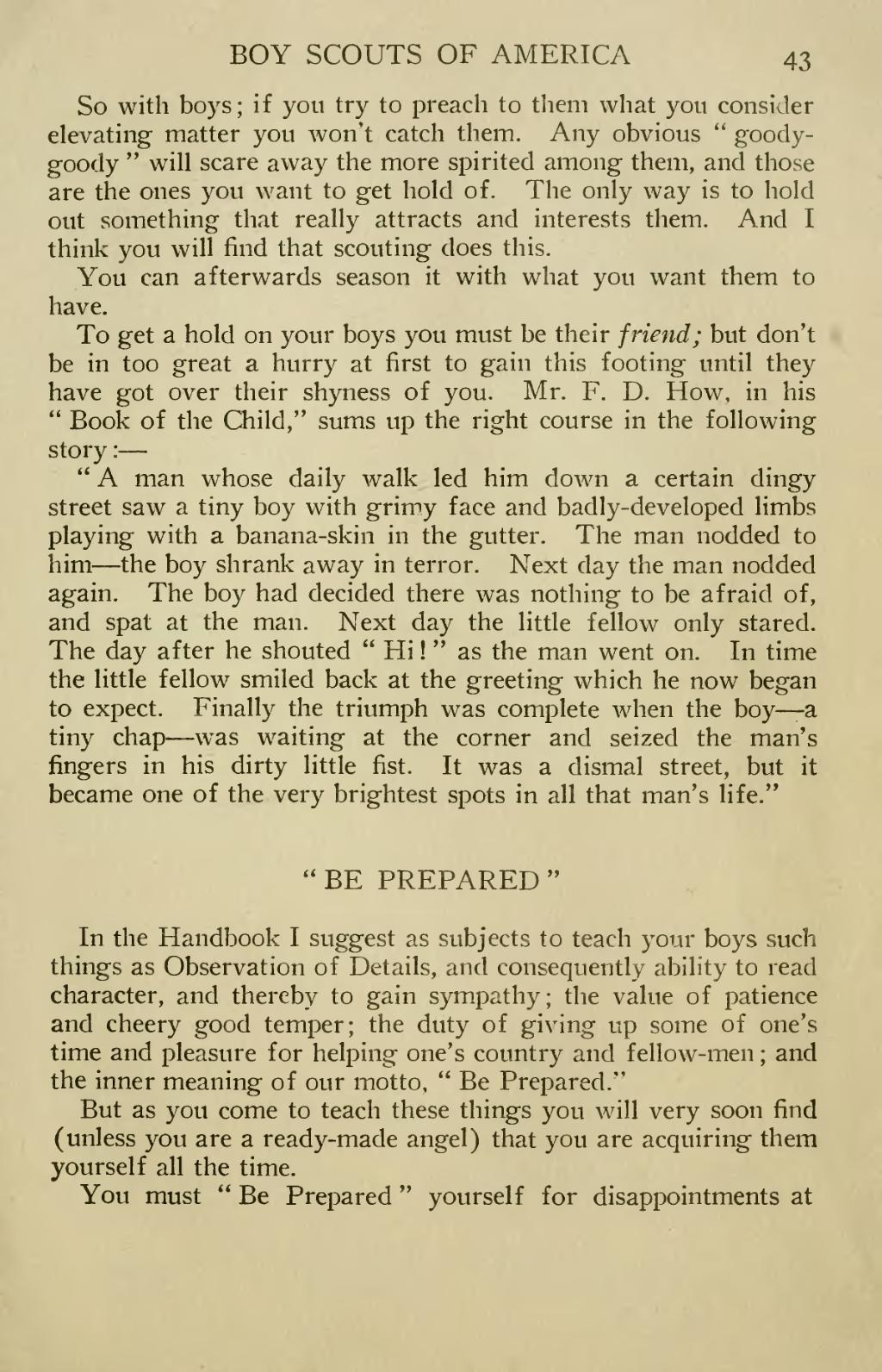