huts, cooking their own food, working with cattle or at agriculture, and so on. No; they could not do without their public-house, their music-halls, and their football-betting, and so they drifted back to the towns and to England. Russians, Germans, Italians, and Spaniards have now taken their place and are flowing into the country at the rate of some five thousand a week. They apply themselves energetically to their work, live in harmony with the other inhabitants, and are making for themselves happy and prosperous lives in this sunny land of promise. Australia wants emigrants; there is room in South Africa, but not for loafers.

Canada, with its enormous possibilities, is anxious for men, but its verdict, after trial of the British that have gone out there, is, "we are glad of the few good, thrifty, enterprising workers that have come, but we have no use for the majority that were sent, namely, fellows who: —

1. Had no idea of self-discipline.

2. Were generally surly and ready to grumble at difficulties.

3. Could not be relied upon to stick to a job the moment that it appeared at all irksome or distasteful to them".

And so foreigners are flocking in to reap the fruit in the colonies planted by us, while our own people loaf and suffer in slums at home.

One of the causes of the downfall of Rome was that the people, being fed by the State to the extent of three-quarters of the population, ceased to have any thought or any responsibility for themselves or their children, and consequently became a nation of unemployed wasters. They frequented the circuses, where paid performers appeared before them in the arena, much as we see the crowds now flocking to look on at paid players playing football.

Football in itself is a grand game for developing a lad physically and also morally, for he learns to play with good temper and unselfishness, to play in his place and "play the game", and these are the best of training for any game of life. But it is a vicious game when it draws crowds of lads away from playing ..text continues 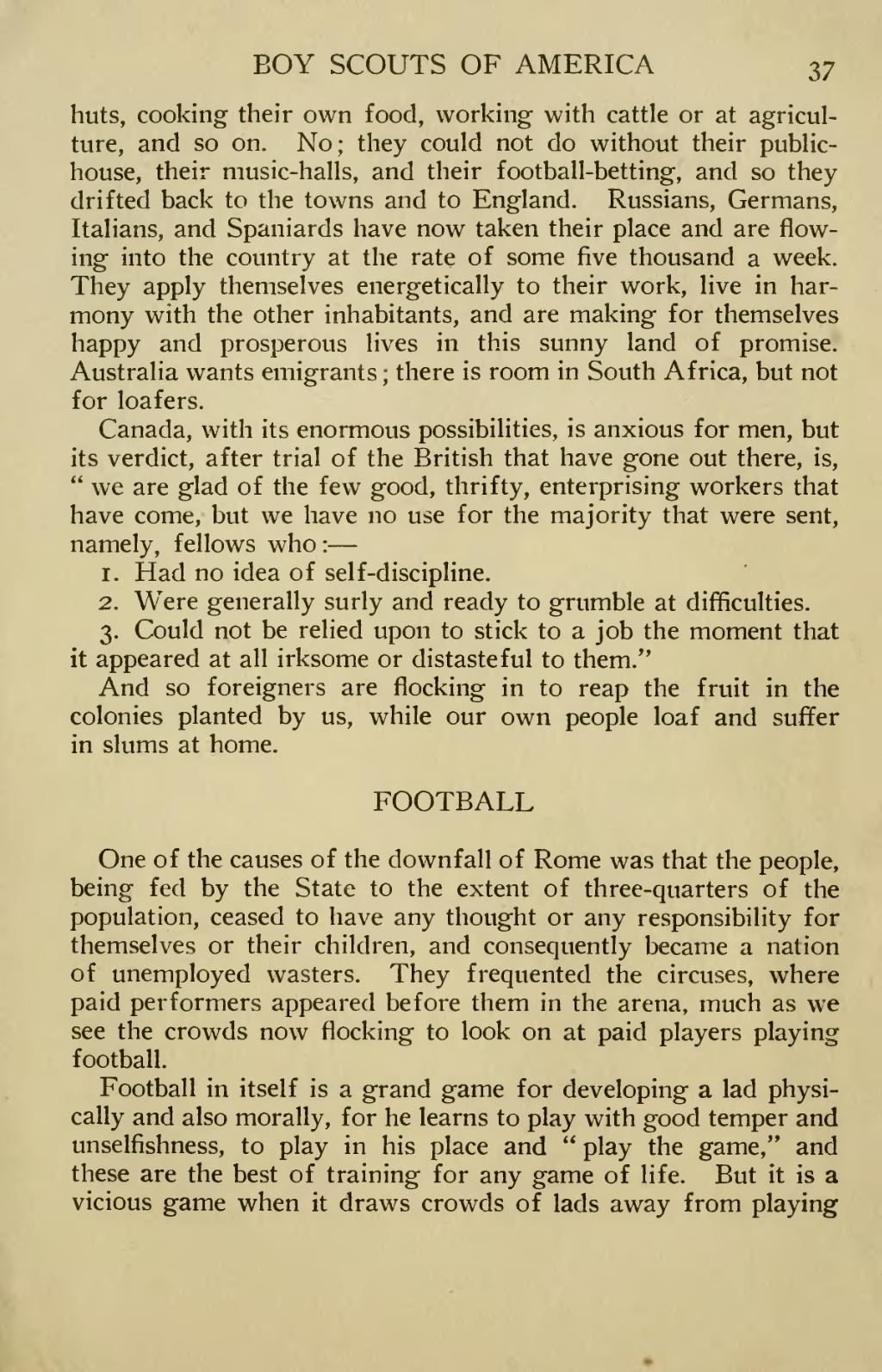