men they spurn the hand which provides the money, till they force employers to spend fortunes either in devising machinery that will take their place and will not then go on strike, or in getting in foreign labor, or in removing their business to other countries, leaving the agitators fat, but the mass of their deluded followers unemployed and starving and unable to provide for the crowds of children which they still continue improvidently to bring into the world.

PLENTY OF OPENINGS, BUT FEW FITTED FOR THEM

Yet there is work for all and money for all in the country.

Mr. John Burns has emphasized this latter point. If the men would be thrifty and give up beer and tobacco, which, after all, are luxuries and merely a matter of habit, there would be £189,000,000 available for the betterment of their families in the year.

But there is a demand for Britons, of the right sort, everywhere. Our mercantile marine ships are being largely manned by foreigners; a great amount of foreign labor has to be used throughout England (there are said to be 100,000 German waiters alone); our colonies are eagerly in want of men; and yet England cannot supply them — at least, not of the sort that will be any good.

It is only when one travels out of Britain and sees what is going on in other countries and colonies, and compares notes with men of other nationalities, that one realizes the gravity of our national condition, as well as the possibilities that lie before us if we can rise to the occasion. One cannot see these things within the narrow limits of England.

I write this on board a British ship which is carrying some 1200 white emigrants to Argentina. Only three out of the 1200 are Englishmen — the rest are chiefly Italians and Spaniards.

I questioned several authorities on South America on the subject, and was told that several shiploads of Englishmen were brought out, but the experiment was not a success. They could not face the outdoor life of the prairie, where they had to turn their hand to different kinds of jobs, such as building their own ..text continues 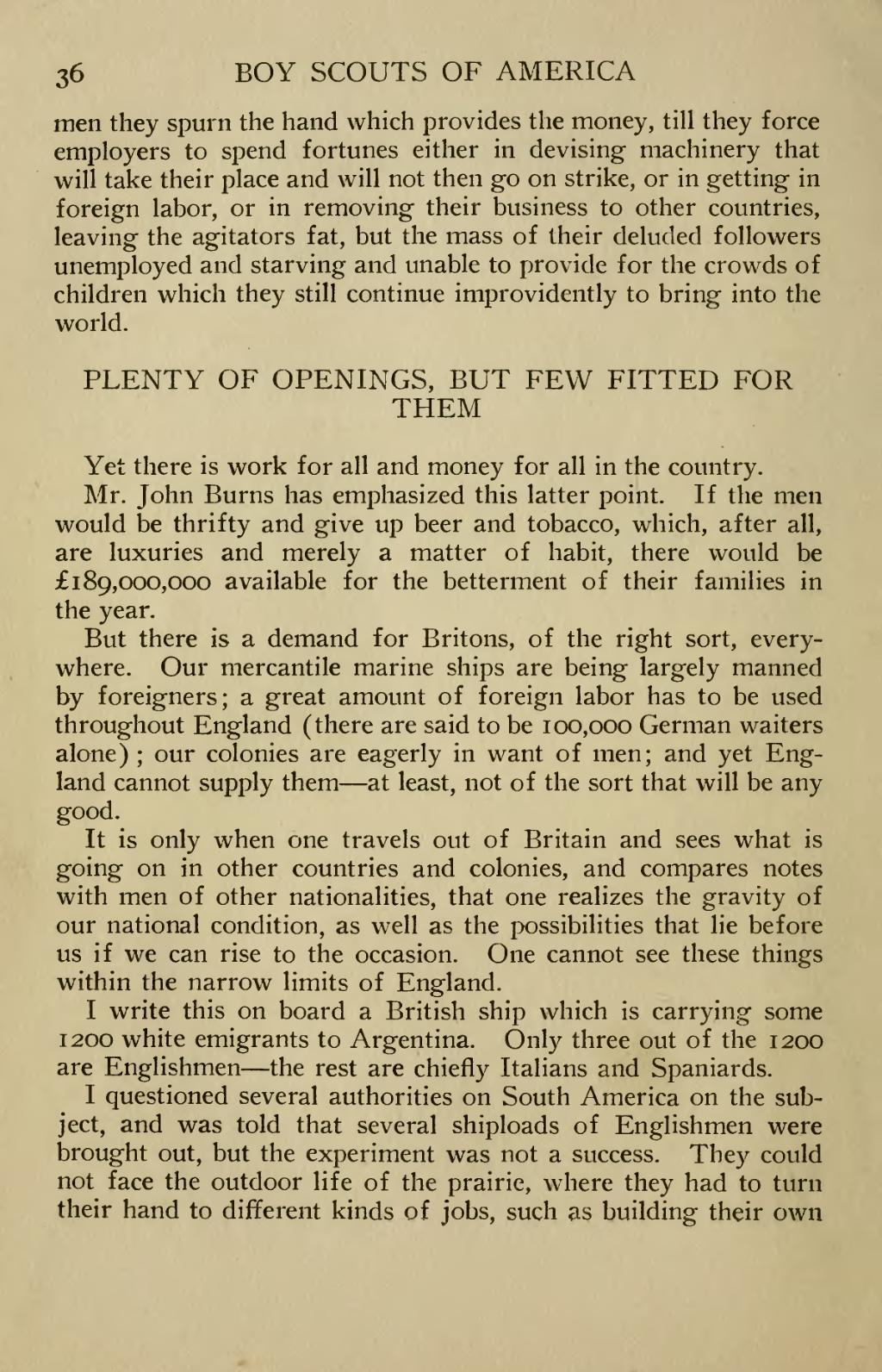