In the first place we have to recognize that our nation is in need of help, from within, if it is to maintain its position as a leading factor for peace and prosperity among the other nations of the earth.

History shows us, that with scarcely an exception, every great nation, after climbing laboriously to the zenith of its power, has then apparently become exhausted by the effort, and has settled down in a state of repose, relapsing into idleness and into indifference to the fact that other nations were pushing up to destroy it, whether by force of arms or by the more peaceful but equally fatal method of commercial strangulation. In every case the want of some of that energetic patriotism which made the country has caused its ruin; in every case the verdict of history has been, "Death through bad citizenship".

Signs have not been wanting of recent years that all is not right with our citizenship in Britain. Ominous warnings have been heard from many authorities and many sources, in almost every branch of our national life. These have been recently summed up by one of our public men in the following words: —

"The same causes which brought about the fall of the great Roman Empire are working to-day in Great Britain".

One sign of the disease (which was also one of the signs of decay in Rome before her fall) is the horde of unemployed leading miserable, wasted lives in all parts of the country — the great army of drones in our hive.

It is no longer a mere temporary excrescence, but is a growing tumor pregnant with evil for the nation.

These people, having never been taught to look after themselves, or to think of the future or their country's good, allow themselves to become slaves by the persuasive power of a few professional agitators whose living depends on agitating (whether it is needed or not); and blinded by the talk of these ..text continues 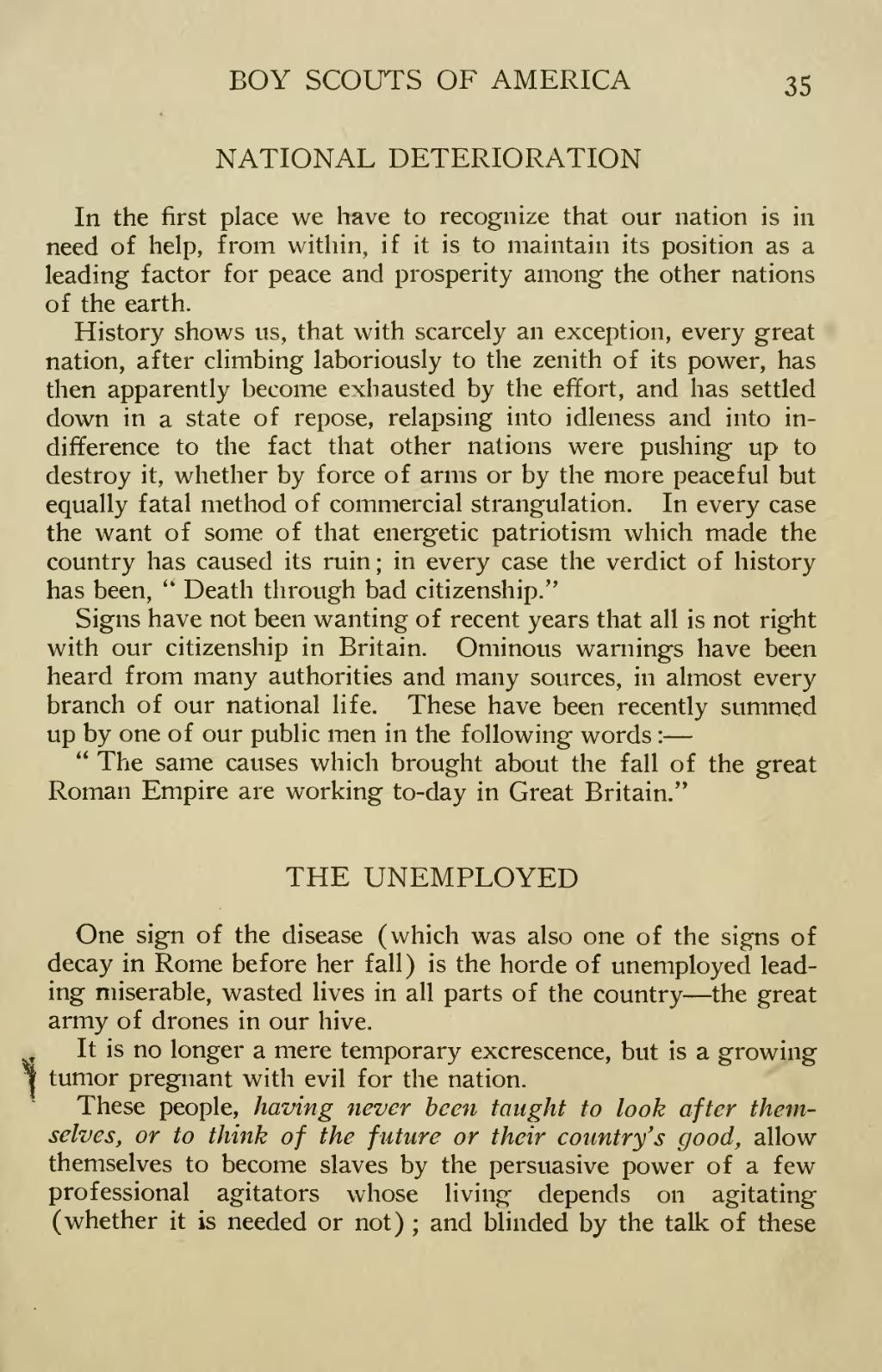