Each scout in a patrol has his regular number, the patrol leader being No. 1, the corporal No. 2, and the scouts have the consecutive numbers after these. Scouts usually work in pairs as comrades, Nos. 3 and 4 together, Nos. 5 and 6 together, and Nos. 7 and 8.

A white shoulder knot is worn by Officers, and Umpires at games.

Each scout in the patrol has to be able to make the call of his patrol-animal — thus every scout in the "Ravens" must be able to imitate the croak of the raven. This is the sign by which scouts of a patrol can communicate with each other when hiding ..text continues 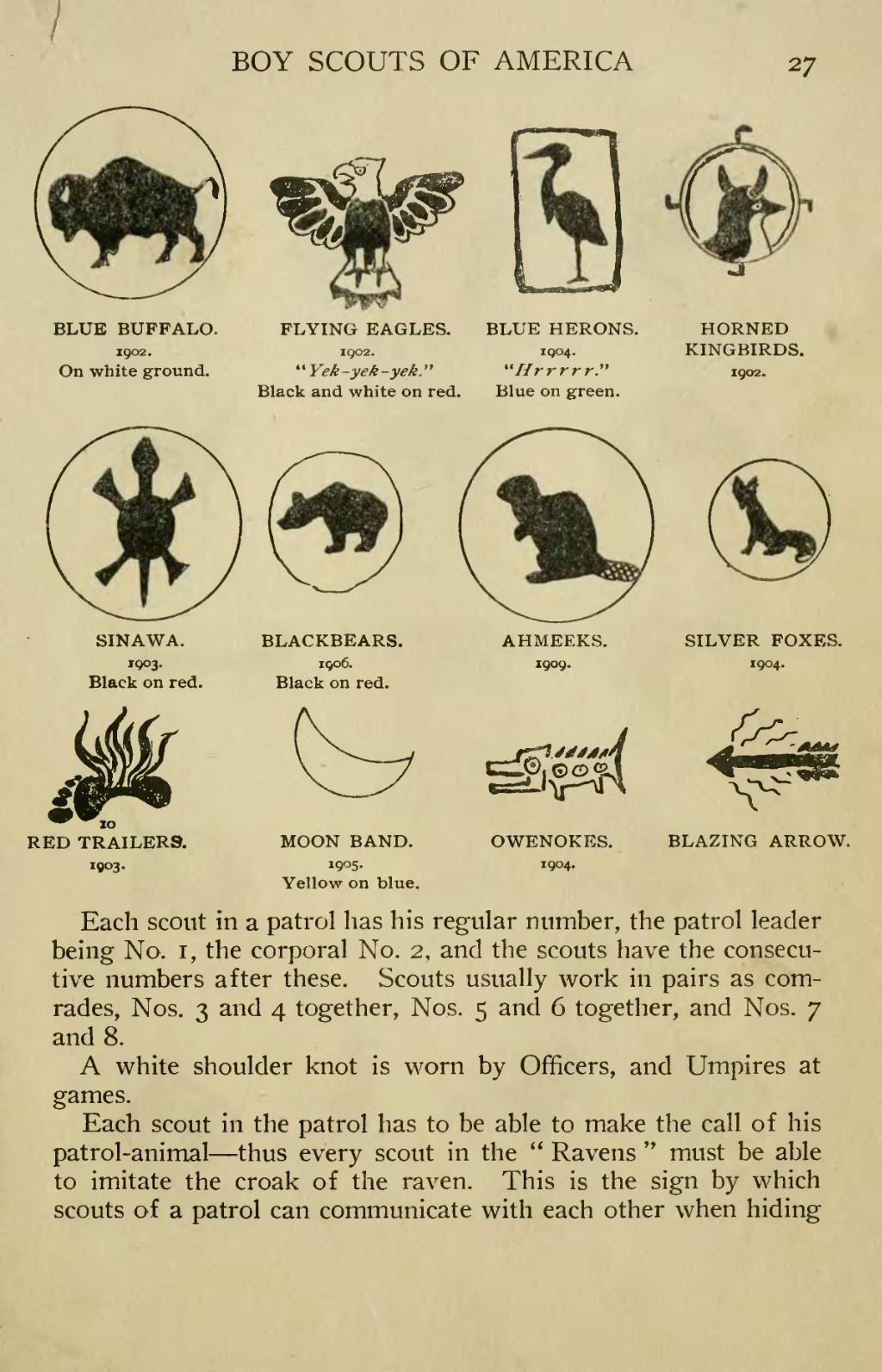