Adopted with little change from Baden-Powell

It is not intended that boy scouts should necessarily form a new corps separated from all others, but the boys who belong to any kind of existing organization, such as schools, football clubs, Boys' or Church Lads' Brigades, factories, district messengers, Telegraph Service, Cadet Corps, etc., etc., can also take up scouting in addition to their other work or play — especially on Saturdays or Sundays.

By scouting on Sundays I do not mean boys to go rampaging around, but to carry out nature-study of plants and animals, that is, of God's work in nature, and to do good turns.

But where there are any boys who do not belong to any kind of organization, they can form themselves into Patrols.

For this purpose officers are necessary.

Chief Scout. The head officer of all the boy scouts in the country is called the Chief Scout.
A Scout Commissioner is an official authorized to organize branches, to inspect troops, and generally to help scoutmasters.
A Scoutmaster is an officer who has charge of a troop. A troop consists of two or more patrols. Scouts address the scoutmaster as "Sir".
An Adjutant is an assistant scoutmaster.
A Chaplain is a clergyman or priest appointed to develop the religious training of a troop.
A Patrol Leader is a scout appointed by a scoutmaster or by vote of the patrol to command a patrol for one year.

A patrol consists of six or eight scouts. Any patrol leader ..text continues 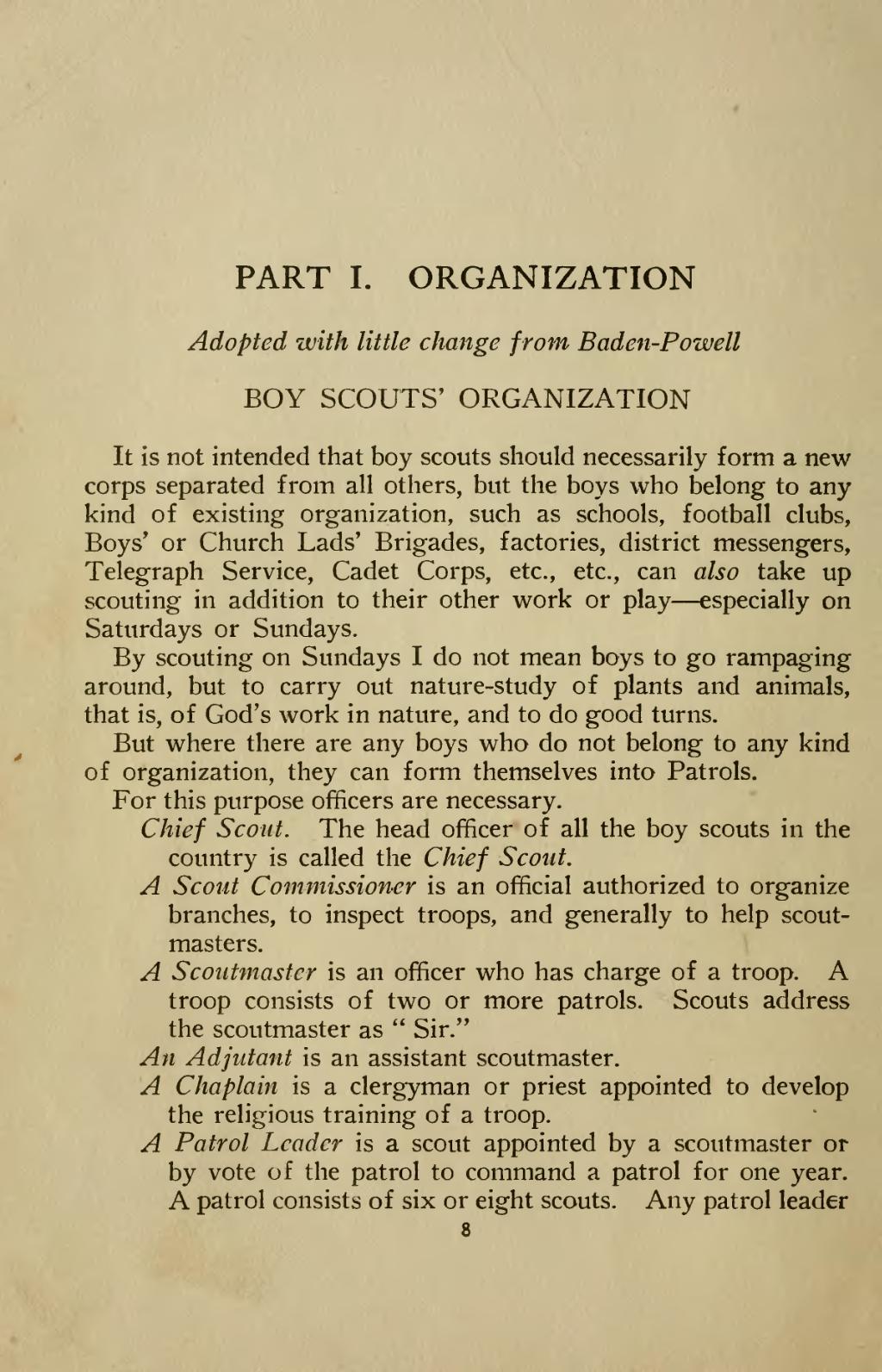