HOW TO MAKE A FIRE BY RUBBING STICKS

“How do the Indians make a fire without matches?” asked a boy who loved to “play Indian”. Most of us have heard the answer to this — “the Indians use a flint and steel, as our own fathers and mothers did one hundred years ago, and before they had flint and steel they used rubbing-sticks.” We have all read about bringing fire out of two sticks by rubbing them together. I tried it once for an hour, and I know now I never would have got it in a thousand years as I was doing it. Others have had the same experience; consequently, most persons look upon this as a sort of fairy tale, or, if they believe it to be true, they think it so difficult as to be worth no second thought. All woodcrafters, I find, are surprised and greatly interested to learn that not only is it possible, it is easy to make a friction fire, if you know how, and hopeless, if you don’t. I have taught many boys and men (including some Indians) to do it, and some have grown so expert that they make it nearly as quickly as with an old-fashioned sulphur match. When I first learned from Walter Hough, who learned from the Indians, it took me from five to ten minutes to get a blazing fire — not half an hour, as some books have it. But later I got it down to a minute, then to thirty-one seconds, from the time of taking up the rubbing sticks to having a fine blaze; the time in getting the first spark being about six seconds.

My early efforts were inspired by book accounts of Indian methods, but, unfortunately, I have never yet seen a book account that was accurate enough to guide any one successfully in the art of fire-making. All omit one or other of the absolute essentials, or dwell on some triviality. The impression they leave on those who know is that the writers did not.

The surest and easiest method of making a friction fire is by ..text continues 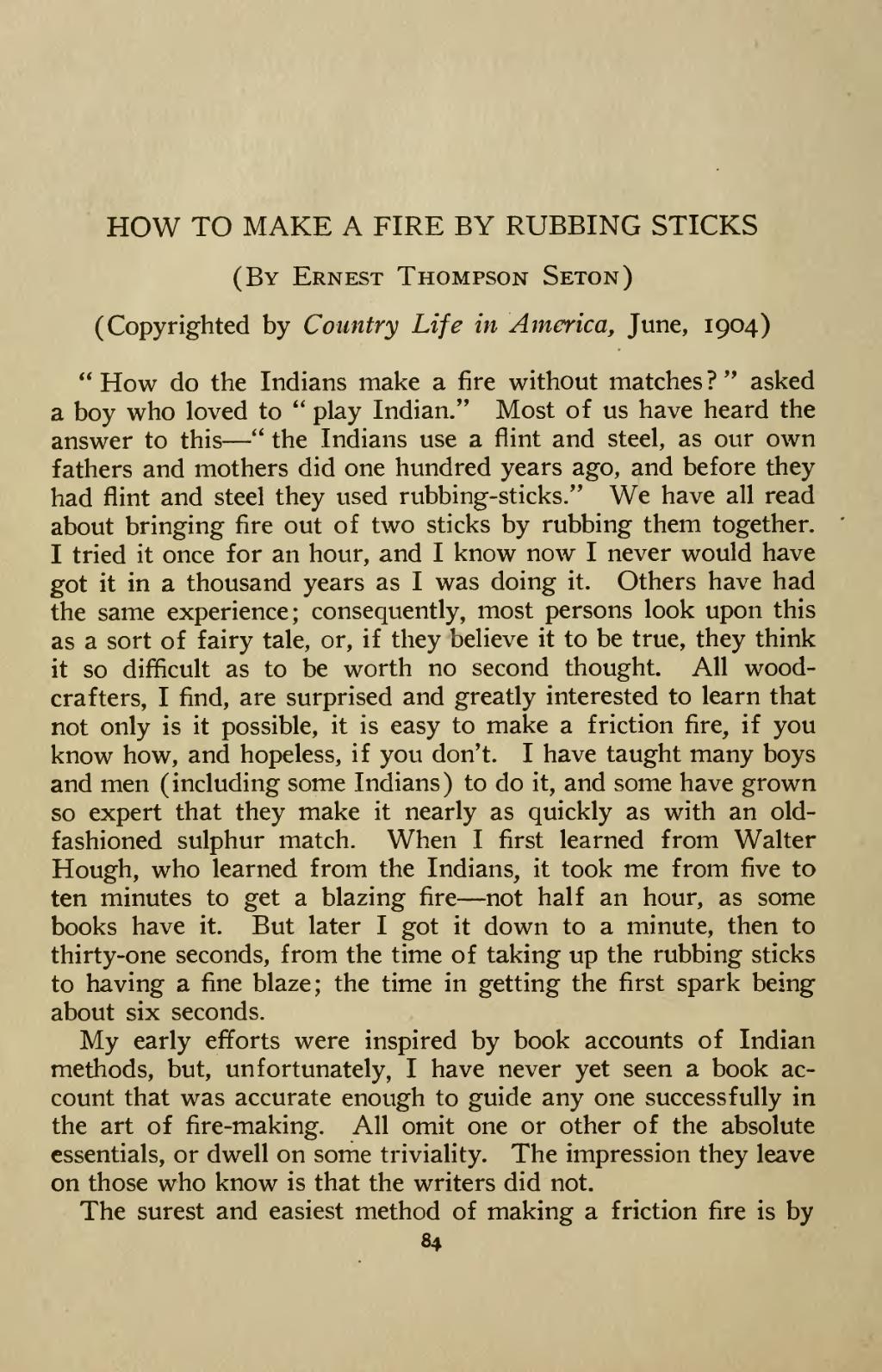