The totem of the whole nation of Seton Indians (as they have called themselves) is the White or Silver Buffalo.

Each Band needs a totem of its own in addition. This is decided by the Council, and should be something easy to draw. Each brave adds a private totem of his own, usually a drawing of his name.

The first of the Seton Indians took as their totem a Blue Buffalo and so became Blue Buffalo Band, and Deerfoot, the Chief, uses the Blue Buffalo totem with his own added underneath.

Any bird, animal, tree or flower will do. It is better if it have some special reason.

One Tribe set out on a long journey to look for a totem. They agreed to take the first living wild thing that they saw and knew the name of. They traveled all one day and saw nothing to suit, but next day in a swamp they startled a BLue Heron. It went off with aharsh cry. So they becamce the "Blue Herons," and adopted as a war cry, the croak of the bird — "Hrrrrr — Blue Heron." Another Band have the Wolf totem.

The most important is, of course, the War Bonnect of Eagle feathers. This is a full record of the owner's ..text continues 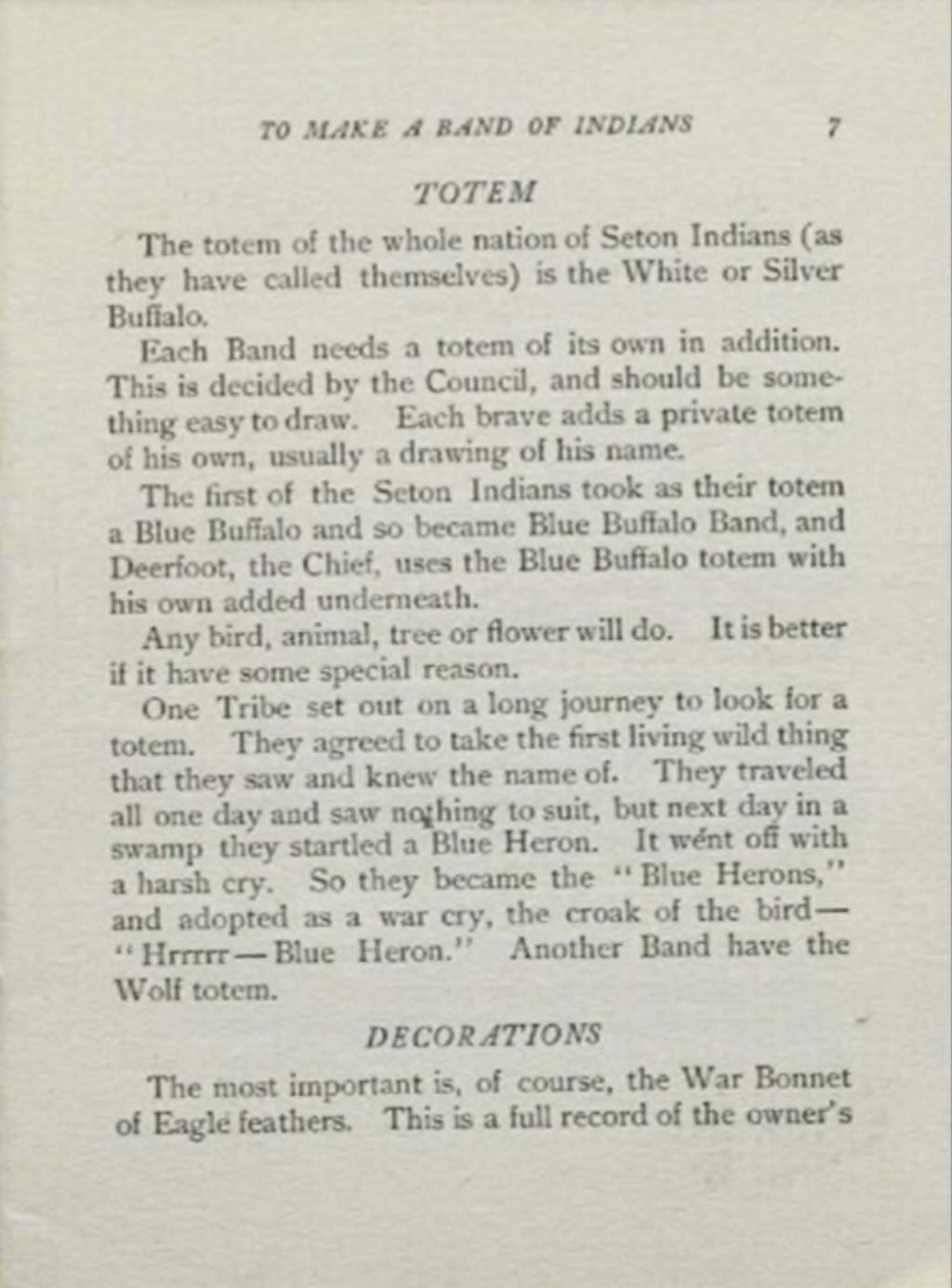