Campfire Stories of Indian Character 551 of the United States Arniy that could be concentrated to oppose them; a march that struck and parted like ropes of sand the five great military barriers interposed across their path; the first across the Kansas Pacific Railway, com- manded by General Pope; the second along the Union Pacific Railroad in Nebraska, commanded by General Crook; the third along the Niobrara, commanded by General Bradley; the fourth, the Bear Butte (Seventh Cavalry) column, stretched east from the Black Hills; the fifth along the Yellowstone, commanded by General Gibbon. But Dull Knife and his band of those less able to travel — some one hundred and fifty — were still in the Sandhills. He sent an urgent prayer to Red Cloud of the Sioux for help, but the sad answer was that it was hopeless to resent the President's will. Ten days later the troops located the Cheyennes. (From this to the end is quoted from Bronson.) In rags, nearly out of ammunition, famished and worn, with scarcely a horse left that could raise a trot, no longer able to fight or fly, suffering from cold and disheartened by Red Cloud's refusal to receive and shelter them, the splen- did old war chief and his men were forced to bow to the inevitable and surrender. Later in the day Johnson succeeded in rounding up the last of Dull Knife's scattered command and headed north for White River with his prisoners, one hundred and forty- nine Cheyennes and one hundred and thirty-one captured ponies. The evening of the twenty-fourth, Johnson camped at Louis Jenks's ranch on Chadron Creek, near the present town of Chadron, Neb. 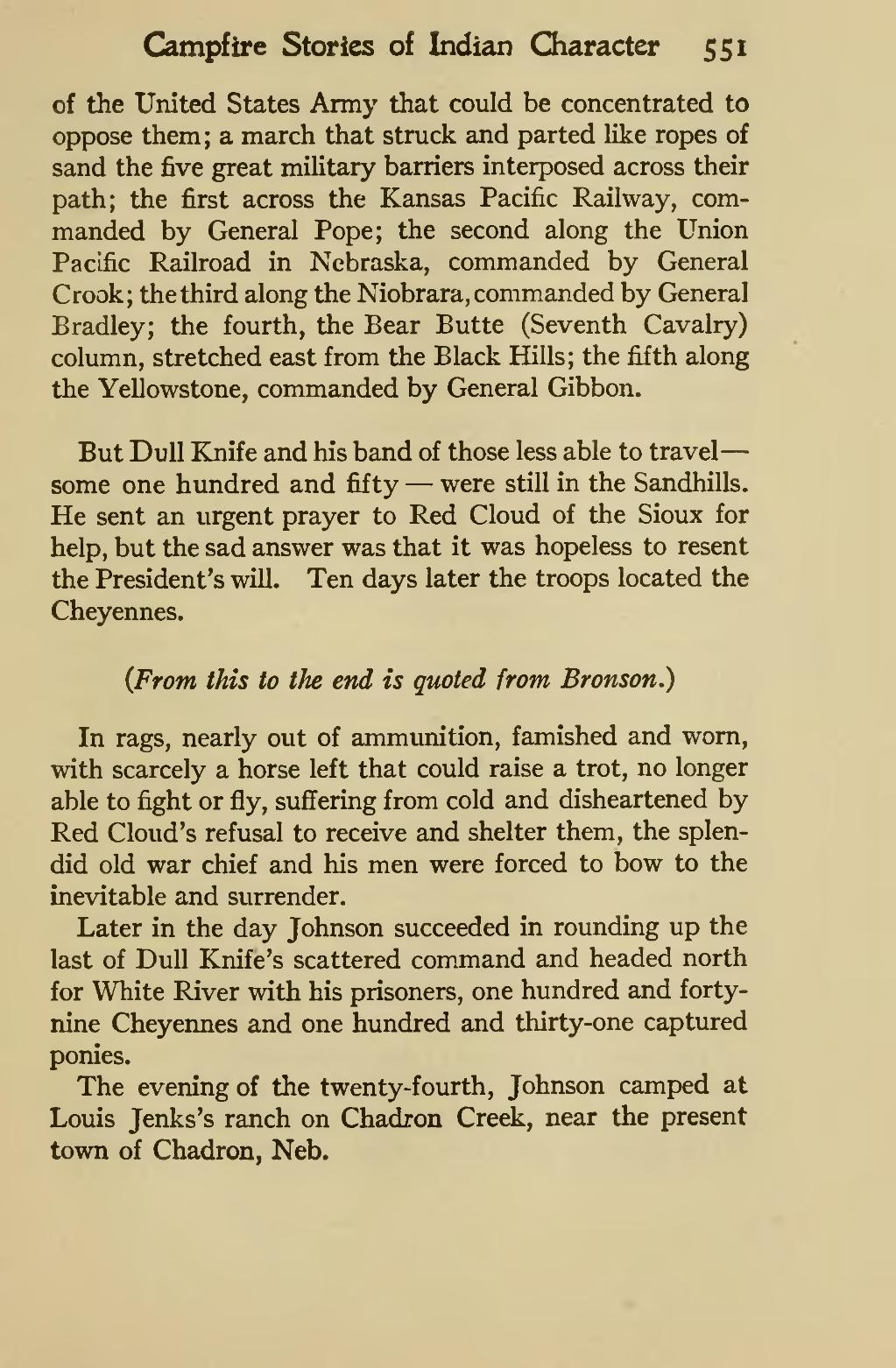