S34 The Book of Woodcraft he felt that his powers were failing, and he sometimes avoided the decision of important questions on the ground that he was getting old and his mind was no longer good. A Httle more than two weeks ago he stood in the pres- ence of the Chief Magistrate of the nation, who shook him warmly by the hand and talked to liim and the others of his people present. A few days later, just as they were about to leave Washington for their distant prairie home, the old chief caught cold, pneumonia set in, and just before midnight on the 29th of January he peacefully passed away. He was a man who was great in the breadth of his judg- ment, and in the readiness with which he recognized the changes he and his people were now obliged to face, and adapted himself to these changes; but greatest of all, in the devotion that he held for his tribe, and in the way in which he sacrificed himself for their welfare. Buffalo hunter, warrior, savage ruler and diplomat; then learner, instructor, persuader and encourager in new ways, he was always the father of the people. Just as for many years he had been constantly serving them, so now, at the end of his long chieftainship, he gave up his Ufe in the successful effort to protect them from a great calamity. WOVOKA, THE PROPHET OF THE GHOST DANCE There have been many in every tribe and every time who have brought shame on their people. There have been whole tribes who forgot their race's high ideals. From time to time great prophets have arisen amongst them to stir up these backsliders, and bring them back to the faith of their fathers. The last of these was Wovoka, the Piute — the Mystic Dreamer. About 1887 he began preaching his doctrine of the coming Messiah and taught the Red- 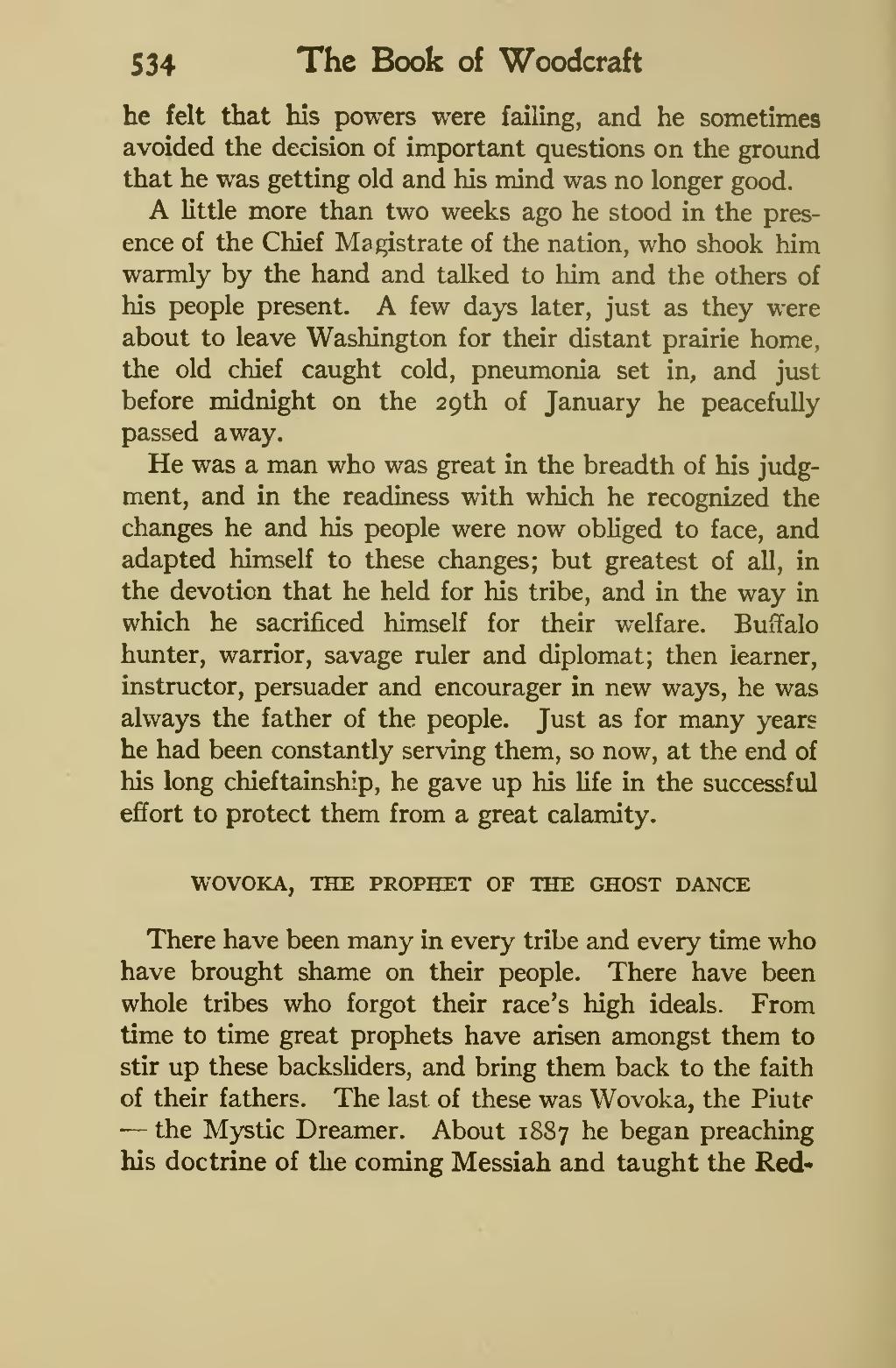