Campfire Stories of Indian Character 525 race, but prisoners and the defenceless knew well that they coiild rely on his honor and humanity and were safe under his protection. When only a boy — for his military career began in childhood — he had witnessed the burning of a prisoner, and the spectacle was so abhorrent to his feelings that by an earnest and eloquent harangue he induced the party to give up the practice forever. In later years his name was accepted by helpless women and children as a guaranty of protection even in the midst of hostile Indians. He was of commanding figure, nearly six feet in height and compactly built; of dignified bearing and piercing eye, before whose lightning even a British general quailed. His was the fiery eloquence of a Clay and the clear-cut logic of a Webster. Abstemious in habit, charitable in thought and action, he was brave as a lion, but humane and generous withal — in a word, an aboriginal American knight- errant, whose life was given to his people. — (14 Ann. Rep. Ethn. p., 681.) During the four years 1807 to 181 1 he went from tribe to tribe urging with all his splendid powers the need for in- stant and united resistance. His younger brother, Tenskwatawa the Prophet, was with him and helped in his way by preaching the regener- ated doctrine of the Indian life. The movement was gaining force. But all Tecumseh's well-laid plans were frus- trated by the premature battle of Tippecanoe, November 7, 1811. In this his brother, the Prophet, was defeated and every prospect of an Indian federation ended for the time. The War of 18 12 gave Tecumseh a chance to fight the hated Americans. As a British general he won many battles for his allies, but was killed leading his warriors at Moravian town, near Chatham, Ontario, on October 5, 18 13. His personal prowess, his farseeing statesmanship, iiis noble eloquence, and lofty character have given him a place on the very highest plane among patriots and mart>TS. 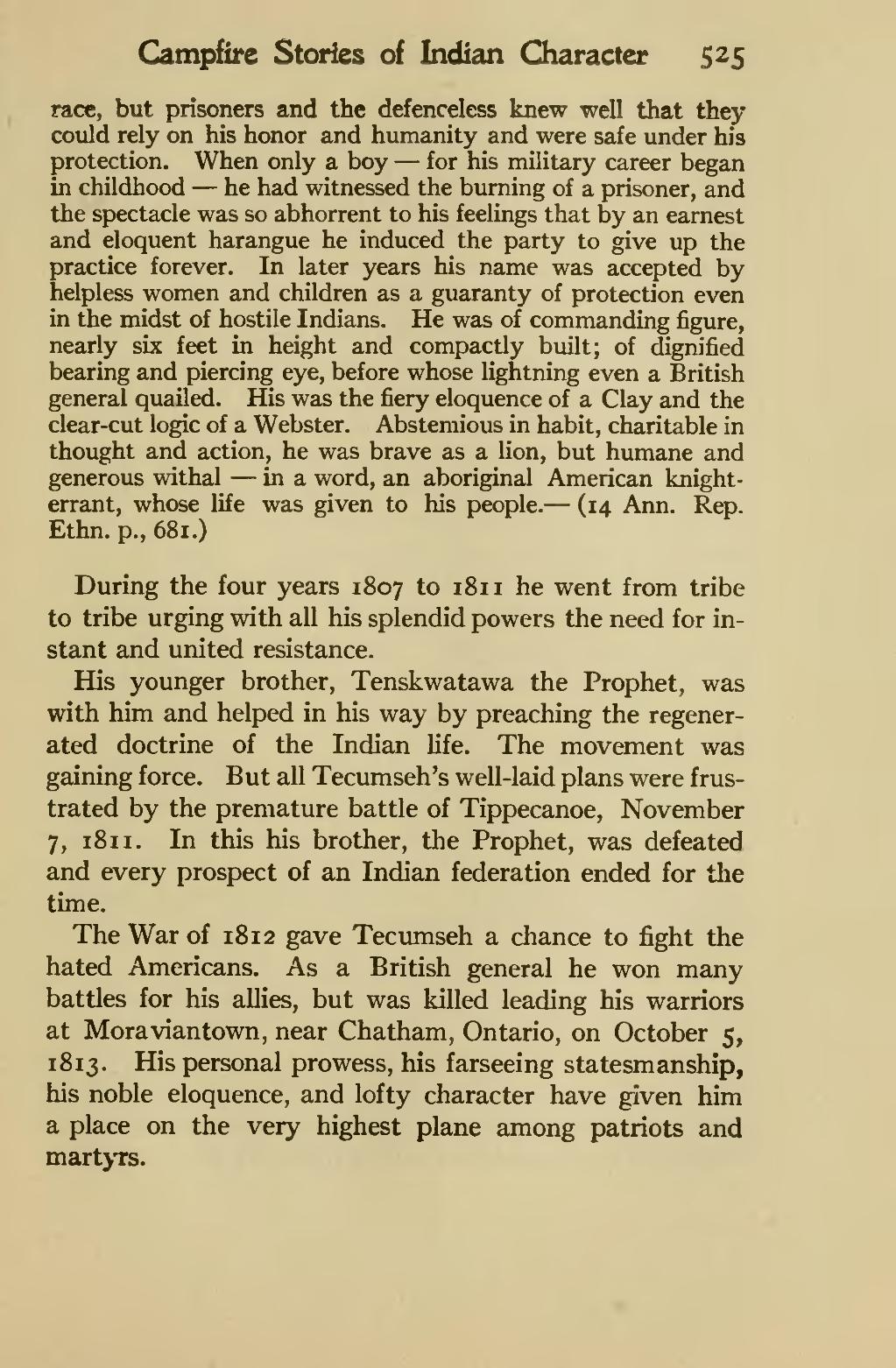