. The tip of a feather showing tow the red horsehair tuft is lashed on with fine waxed thread. . The groundwork of the warbonnet made of any soft leather, (a) a broad band, to go round the head laced at the joint or seam behind; (b) a broad tail behind as long as needed ta hold all the wearer's feathers; (c) two leather thongs or straps over the top; (d) leather string to tie under the chin; {e) the buttons, conchas or side ornaments of shells, silver, horn, or wooden disks, even small mirrors and circles of beadwork were used, and some- times the conchas were left out altogether; they may have the owner's totem on them, usually a bunch of ermine tails hung from each side of the bonnet just below the concha. A bunch of horsehair will answer as well; (hh) the holes in the leather for holding the lace of the feather; 24 feathers are needed for the full bonnet, without the tail, 80 they are put less than an inch apart; (.in) the lacing holes on the tail; this is as long as the wearer's feathers call for; some never have any tail. . Side view of the leather framework, showing a pattern sometimes used to decorate the front. , 12 and 13. Beadwork designs for front band of bonnet; all have white grounds. No. II (Arapaho) has green band at top and bottom with red zigzag. No. 12 (Ogallala) has blue band at top and bottom, red triangle; the concha is blue with three white bars and is cut off from the band by a red bar. No. 13 (Sioux) has narrow band above and broad band below blue, the triangle red, and the two little stars blue with yel- low centre. . The bases of three feathers, showing how the lace comes out of the cap leather, through the eye or loop on the bottom of the quill and in again. . The completed bonnet, showing how the feathers of the crown should spread out, als«  showing the thread that passes through the middle of each feather on inner side to hold it in place; another thread passes from the point where the two straps (c in 9) join then down through each feather in the tail. 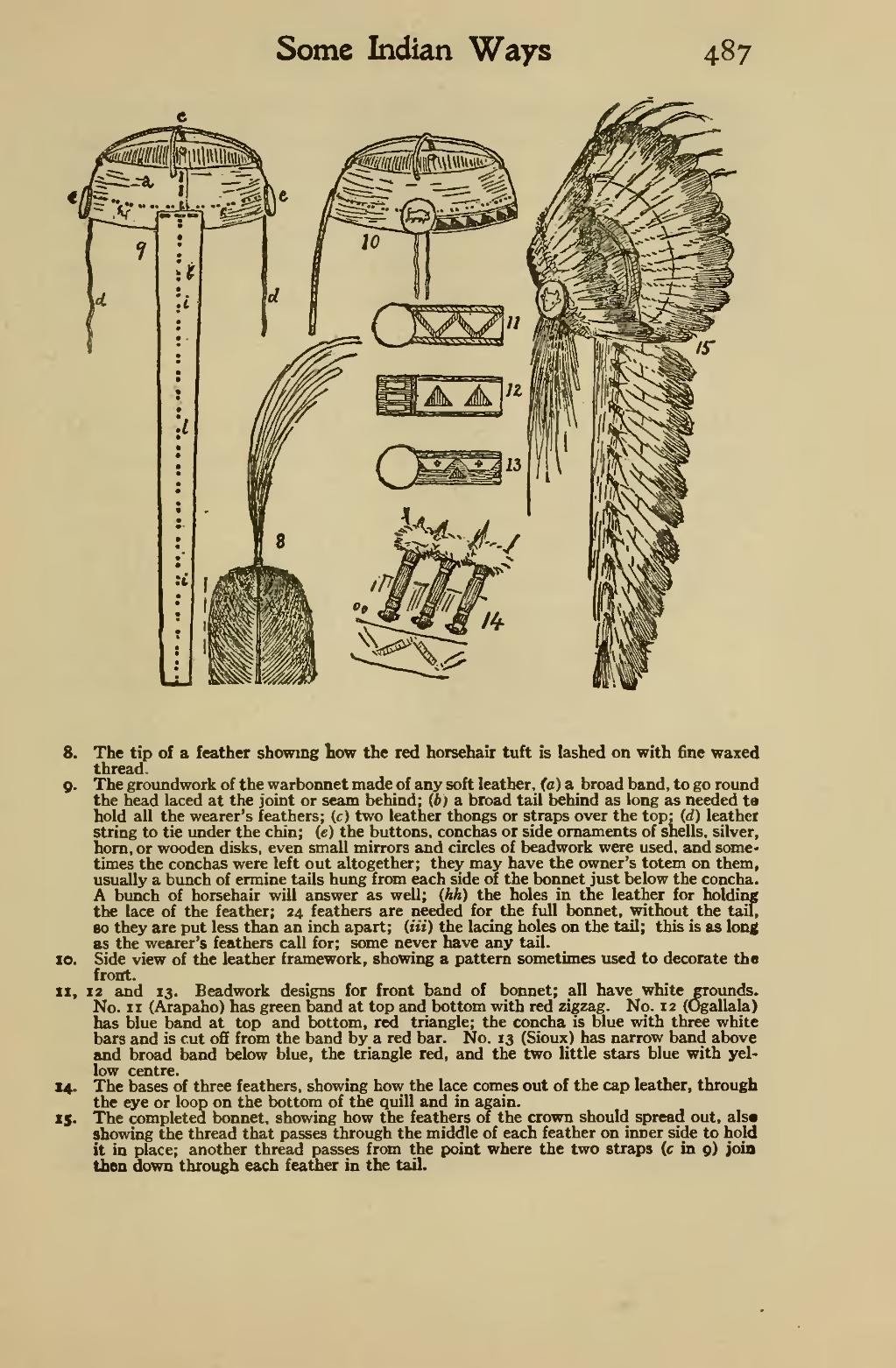